Confessions of a 50-year-old Drug Virgin. 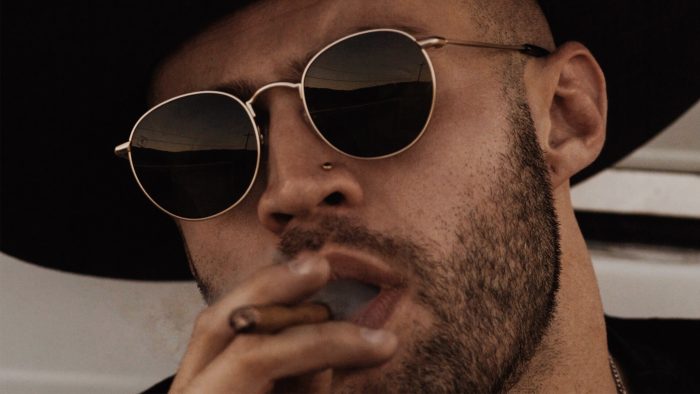 I turned 50 in January and I’m still a drug virgin.

I’ve survived persistent peer pressure, ridicule, shaming, ostracisation, 44 years in the mean streets of London, and 6 years in Ibiza, the party capital of Europe. I now live a stone’s throw from the stoners in Amsterdam, and I’ve still not tried recreational or illegal drugs.

So, what’s my problem?

Let me take you back to the beginning…

If ever a decade was synonymous with drugs, it must be the 1960s—perhaps the birthplace of popularised recreational drug use. I was conceived in the notorious Summer of Love of 1967 and born in January of 1968, a true child of the love generation.

Although I was too young to be part of the swinging 60s scene, its cultural precedences and persuasions are part of my genes. I came of age in the decades that followed, decades that became an extended long-playing soundtrack—the b-side, if you will—of that original flower power revolution.

In the 1970s, I grew up with seven uncles, known in our neighbourhood as “the magnificent seven.” Each one of them was a ganja-smoking, dreadlocked Rudeboy, playing Reggae and Ska music in dingy London basements brimming with skanking crowds, ganja clouds, and an endless black river of Guinness.

But I was still too young to be drawn to drugs, other than passively inhaling the sinsemilla smoke and secretly supping the warm and bitter dregs of that dark Irish stout.

In the 1980s, I came of age and I discovered the female of the species—beyond my four sisters, that is. Back in the day, if you wanted to impress a girl you had to know how to dance.

Our dance drug of choice was hip-hop. It was not the gun-ho gangster rap so prevalent today, but rather the Big Bang of a new creative force of nature, brand new breakbeats, and the conscious poetic pyrotechnics of innovative pioneers.

We body popped and break danced, high on the music and the mad moves of our imagination, naively unaware that drugs and music were about to collide again in a way that none of us could have imagined, and it would change our lives forever.

It was 1989, and they called it the Second Summer of Love. I was swept away, along with all my friends, on a euphoric wave of new dance music and the mantra of “a happy face, a thumping bass for a loving race.”

But the uplifting lyrics and soulful beats of that summer quickly evolved by the early 1990s into a music and a movement that I could neither recognise or relate to: acid house.

For the first time in my life, I heard music that I didn’t understand. Its chaotic, squelching rhythms and tuneless syncopation were beyond my comprehension. It was a kind of music that could only truly be appreciated when high on the drug that fuelled the entire scene: ecstasy.

So it was that the “rave scene” was born, and what seemed like overnight, I was displaced in a dystopian world of trippy music and drugged up endurance dance.

Not liking the acid house genre, I had an instinctive distrust of the drug that went along with it. So I declined demanding invitations from my friends to make a pilgrimage to the Mecca of Mediterranean rave culture: Ibiza.

A week later my faded friends returned to London after a week of pills and parties—and one of them came back in a coffin. Death by excess of ecstasy, dance mania, and dehydration became a sadly familiar story in that era.

By the time the Noughties had caught up with me, I had turned 30 and something occurred to me. I realised that drugs were so commonplace in our culture, in every walk of life, that it was no longer a symbol of rebellion to pop a pill, smoke a joint, or sniff a line of nose candy.

Rather, it seemed to me, drugs had become pseudo-seditious: a means of mass sedation, a great escape from the mundanity of modern, identikit, flat-packed life.

So my rebellion, aged 30, was to get my first tattoo to mark my coming of age, a celebration of the survival of self, the resolute resistance of peer pressure since I was offered my first cigarette at 13, my first sniff of glue at 14, my first pill at 16, my first line of coke at 18, my first magic mushroom at 21, and my first tab of LSD at 25.

At 40 I got my second tattoo in remembrance of my refusal to be hustled into my first snort of ketamine at 31, my first button of peyote at 35, and my first hit of DMT through an e-cigarette at 39.

Aged 50, a young guy recently tried to push me into taking ayahuasca. Like so many other attempts in the past, it turned from an invitation to an inquisition when I politely declined.

In the real world it’s not so easy to “Just Say No.” The ridicule and shaming can be ridiculous and shameless, and the maniacal search for any perceived hypocrisy in my lifestyle is pursued with an addict’s zeal.

“But you drink alcohol, that’s the worst drug of all. Do you know how many people die every year related to alcohol? And you smoke cigars from a communist dictatorship. And you drink coffee, that’s a drug too.”

“What do you consider too much coffee?”

“I don’t know, whatever the chart says.”

“And yes, on my birthday and every New Year, I smoke a Cuban cigar. On a weekend, I enjoy a couple of beers. I like beer. My friends and I like beer. We drink beer. We like beer…”

I don’t mind the inquisition so much anymore—at my age it’s amusing rather than annoying. But it does make me think about the young boys and girls who don’t just say no, and end up dead like some of my friends, or as addicts, or in recovery like so many others.

At the aforementioned ayahuasca ceremony, a participating friend of mine got pretty scared and really freaked out. She panicked, left the gathering and drove home during an epic thunderstorm in the middle of the night, still tripping on the “medicine.”

Being the only sober person on the premises, I was woken up and tasked to drive through the storm and find her, honestly expecting to see her car overturned at the side of one of the mountain roads.

I drove at 20km per hour through the driving rain but couldn’t find her. The thunder and lightning continued all night, and we feared the worse. But the day after the storm we discovered that somehow—despite fallen trees and rivers for roads—she had made it home safely.

I’ve seen plenty more and plenty worse. Now I walk an unusual and unconventional line between never having taken drugs myself, yet advocating the decriminalisation of drugs for everyone else, as has been the case in Portugal since 2001.

In Portugal, the massive amount of money saved from fighting a never-ending war on drugs is now redirected and used for drug prevention and treatment services.

In 2009, the Cato Institute published a paper about the decriminalisation of drugs in Portugal. They reported that drug related pathologies—such as sexually transmitted diseases and deaths due to drug use—have decreased dramatically.

The alcohol prohibition era in 1920s America caused the rise of murderous gangsters like Al Capone and Bugs Moran, who set the template for modern day organised crime. After 13 years, Prohibition ended and alcohol was legalised again when the U.S. government finally realised their temperance crusade had failed.

Surely our current equivalent, the decades-long war on drugs, has also failed. According to a 2008 study published by Harvard economist, Jeffrey Miron, the annual savings on enforcement and imprisonment costs from the legalisation of drugs in the US would amount to approximately $41.3 billion. Substantive drug prevention and treatment services could be funded with such a budget.

I say let them, but let’s at least make drug use as safe as possible, and let’s talk about an end to making it a crime.