The Myth & Symbolism behind Child’s Pose. 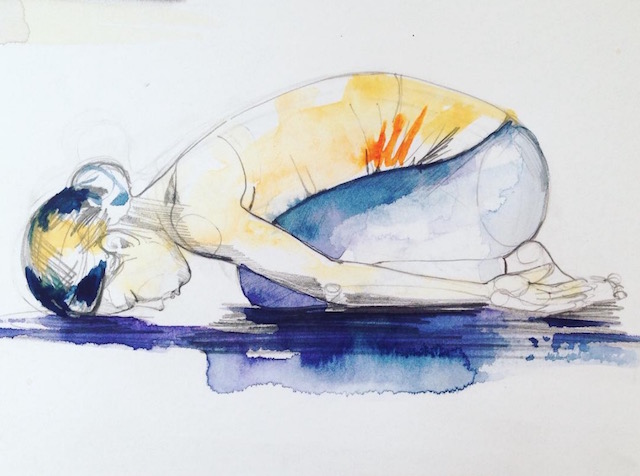 “Yogic myth has a genius to clothe the infinite in human form.” ~ Eknath Easwaran

Asana yoga stands apart from other practices by nourishing the practitioner in multiple dimensions.

Learning the myths behind the asanas can deepen that experience even further, as every story gives each pose a richer meaning and more transformative potential.

By humanizing the divine, these myths illustrate your hidden mystical potential. So, as you learn about Shiva’s anger at being left off Daksha’s guest list, or the uncertainty Hanuman felt before making his leap, you’ll naturally meditate on times you’ve experienced uncertainty or fear of unworthiness. And through that meditation, you might begin to recognize a relationship between those feelings and your subsequent actions.

Do they help you move closer to your sense of purpose or do they keep you from it?


Communing with the world and ourselves through asana.

As an asana practitioner, you take the shape of the tree, the fish, the warrior, the turtle, and the sage so you can better understand the nature of these elements. By embodying each of these living beings, you experience a deeper connection to them, and to the world around you. That interconnectedness is fundamental to the state of yoga. Through asana you can come to know all things as yourself, and yourself as all things.

Balasana is the pose of the child (bala). It’s a resting pose in which the body is folded over bent knees, representing a child in the womb. Balasana offers restoration after a challenging asana or series, or whenever you need time to let the mind and body assimilate the practice. This pose recalls a time of innocence and impressionability. By reconnecting to this receptive state of mind, you facilitate your own transformation in the present.

How Krishna’s childlike play facilitates a connection to the divine.

Following a miraculous birth, Krishna grew up in the idyllic forests of Vrindavan. In the myth of Balasana, Krishna and his brother Balaram are playing in the courtyard. Suddenly, Krishna takes a handful of earth and eats it. When Balaram sees him, he runs to their mother Yashoda and says, “Mother, Krishna is eating dirt, he may choke on it!”

Mother Yashoda runs to Krishna, takes hold of him, and asks, “Have you eaten mud?” Although Krishna’s face was covered with mud, he replied, “Oh no, Mother, Balaram is speaking a lie. I haven’t touched any mud.” But of course, Yasoda doesn’t believe him. She commands Krishna to open his mouth. But when she peers into it, Krishna’s mouth isn’t full of mud. Instead, Yasoda sees the whole universe, with all its different galaxies floating in space.

Although his parents and friends were vaguely aware of Krishna’s divinity, playful moments like these (which were common for Krishna) allowed them to forget. (And that was the point.)

Here’s why forgetting the difference between yourself and the divine is crucial.

This divine play is called lila, and it facilitates the highest type of intimacy a soul can have to the divine. Why? Well, think about it: because Krishna’s friends and family could forget that he was divine, they were able to joke and play with him, or teach and chastise him, as if he were simply one of them—a human.

In another story, Krishna’s mother chases him in order to punish him for another prank. When she finally catches him, she tries to tie him to a cart. But every time she tries to tie the rope around Krishna’s waist, it’s two fingers short—no matter how much additional length she gives the rope. Seeing the affectionate effort of his mother, Krishna finally allows her to tie him to the cart.

So, what does that have to do with Balasana?

Those two fingers of rope represent the infinite—that which separates the human from the divine. By choosing to surrender to his mother’s will, to her love, Krishna traverses the infinite, closing that gap between humanity and divinity.

This is a model for the yogi who seeks greater connection with, and a better understanding of, the universe, and his/her place within it. It is achieved by surrendering the ego and selflessly giving love, as Krishna did in this lila. And who does these things best? Children.

That’s where Child’s pose comes in.

By embodying the pose of the child, you access a version of yourself who can love unselfconsciously and who’s not constrained by ego-based fears. That childlike surrender opens the pathways of grace which, when there is nothing left to rely on, is all anyone has. It’s the “more” that you keep chasing in yoga and in life.

Only in surrender can one truly open themselves up to receive, and only when receiving the universe’s love and grace can anyone give that love and grace to others. 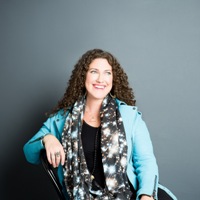 Known as the “Yoga Doctor,” Alanna Kaivalya, Ph.D. helps yoga teachers broaden their knowledge, up-level their skills and create more impact in the world. She give… Read full bio