“When you think of being American, what Value first comes to Mind?” 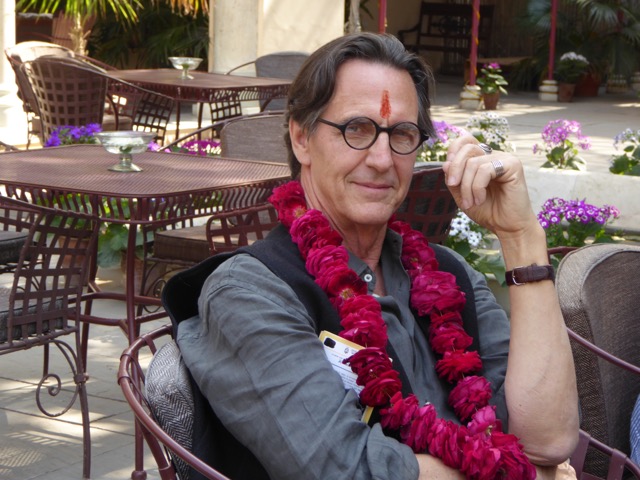 What does being American mean?

With the significant advances in computer technology and now smartphones, tablets, and wearable tech, the world has become “flat,” to coin an expression by Thomas Friedman.

We are all now connected in this virtual world; never before have so many diverse cultures worked together so closely.

Be it texting, Skyping, emailing, tweeting, Instagramming, or “WhatsApp’ing” we are all connected and communicating regularly with each other across the world time zones.

The reality of multiculturalism and the mixing of cultures has become a global norm.

One of the arenas in which this phenomenon is playing out is between India and the United States. When “Y2K” happened without incident, India suddenly appeared on everyone’s radar.

Thousands of low paid software engineers had worked skillfully, diligently, and with precision to prevent the chaos and uncertainty that was predicted to occur when the digital date on all electronic devices changed from 12/31/99 to 1/1/00. The world had been introduced to a talented, educated, enthusiastic, bright, English-speaking, and inexpensive work force. India had arrived, emerging as the premier service provider for a variety of global businesses. As never before, tens of thousands have found themselves working in a variety of roles with Europeans and Americans either virtually or face-to-face.

The dance has begun, and with it the challenge of being understood by each other!

The invitation is for each of us to find that sweet spot and figure out how to bridge the gap between our cultures, languages, misunderstandings, expectations, habitual behaviors, and communication patterns.

So how do we go about doing this?

For me, this began years ago. By the time I was 15, I had spent nine years living outside my “passport” country of the U.S. in Taipei, London, and New Delhi.

Consequently, much of my adult life has been one of seeking, exploring, and discovering my own cultural identity, which was not obvious to me. And perhaps, because of spending my developmental years in India as a teenager, Mother India has continued to call me, pulling me back again and again.

Recently, I was changing planes at an American airport and happened by chance to sit at the food court next to an Indian man by the name of Raj. We began talking about the challenges faced by people from both cultures when trying to understand and communicate. He asked me for tips that could help him work more skillfully with his American partners.

As I offered him some, he listened carefully, and then expressed his thanks. As he got up to catch his flight, he remarked that he had been working in the U.S. for the past 10 years and suggested that I write a book. The rest, as they say, is history. I have written a book, which in many ways, I have been writing in my mind since spending my adolescence in New Delhi.

Returning to the U.S. after spending three years in India was difficult.

My awkward attempts to be understood by Americans—one of whom I was supposed to be—were anything but smooth. Not only did this experience influence my eventual educational path, it formed the basis of my career choice and consulting business.

I certainly was not current with the music everyone was listening to or the hip words they were using. I hadn’t watched television, believe it or not, for those three years, and knew nothing about the programs my friends and cousins were talking about. Their jokes were not hitting the mark for me.

I felt disconnected and definitely a stranger in my own land.

It is this disconnect and my desire to understand my alienation that became the catalyst for my lifelong study of this American culture—one I have called home, yet a place that has remained foreign to me in many ways.

Fast forward many years and we U.S. Americans have found ourselves in these extremely polarized political times.

What are the values and beliefs behind these stands we have taken? Funny enough, whichever side one takes, our core American beliefs and values are similar. It’s the expression of our interpretation and the passion we hold around a particular belief that varies widely.

In my pursuit to better understand the dynamic of American-Indian communication patterns for my book, I spent a great deal of time researching both cultures. In order to build a foundation for my Indian clients to understand Americans, I identified and clarified U.S. cultural values. In part, I reviewed the training materials that I have delivered to hundreds, if not well over a thousand Americans probing the identity of our culture.

Typically, I began with the question: “When you think of being American, what value first comes to your mind to describe it?”

What response do the vast majority of Americans offer?

If you guessed freedom, you are correct.

Being able to exercise the right to do whatever one desires is vitally important for Americans. The word that I usually add to this is individual, or individual freedom—of religion, speech, the press, and so much more. This freedom is often expressed as being able “…to do what I want, whenever I want as long as I obey the laws.”

An example of this expression can be found in the state of New Hampshire where the state motto is “Live Free or Die.”

When I ask a foreign national to share with me first impressions of their visit or relocation to the U.S., they will often observe that they see the American flag flying everywhere. In fact, just recently, I saw one of the largest U.S. flags I believe I have ever seen; it was flying in front of a car dealership. The flag is our citizen’s expression of patriotism, nationalism, and the symbol of this freedom that is so cherished.

Other values or core beliefs that I would add to this are the following, which I introduce to foreign nationals who visit, relocate, or work with us:

I invite you to look at each of these and consider the meaning for yourself.

I am willing to bet that many of these definitions will be similar. However, where we may differ and often significantly is our passion and expression of the value. Bottom line, we Americans do share a core set of beliefs. This is what makes us American.

As for how the American and Indian dance goes? This continues as our two countries remain intertwined as we do business together, vacation in each other’s lands, and share the importance of pursing higher education. I continue to consult both groups, exploring each set of values as a means to unlock a mutual cultural understanding.

During these political times, it seems to me that we could conduct this kind of exercise among our fellow citizens to better understand our own subcultures, and figure out how to communicate without getting stuck.

I invite you to consider how you will answer the question “What does being American mean?”

In these charged political times in the United States, I think it’s vital for each of us to give this some thought, and not assume that we are all on the same page. Obviously, we are not. However, pondering what values are most important to us is critical. Deciding how to honor and express these beliefs is also necessary, particularly in these times of polarization.

Where is the place that we can meet and share our differences of opinion and cohabit amicably together in this diverse and vibrant culture? 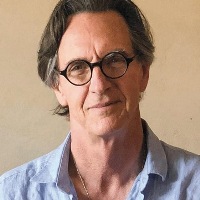