Lymphoma In Dogs: What Is It, What Are The Signs, & How To Treat it. 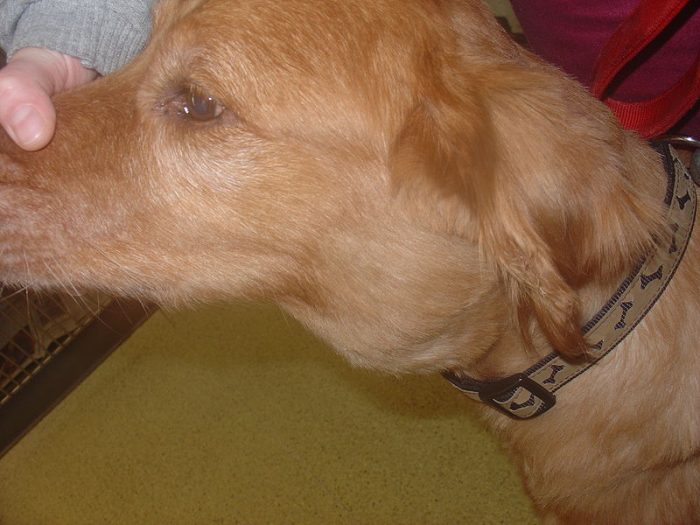 50% of all dogs over age 10 will die from cancer. Lymphoma is one of those cancers and accounts for 10-20% of all forms of cancer found in dogs.

Lymphoma is ultimately a death sentence, and we don’t even know how to prevent it or what causes it. Fortunately, it is highly treatable, and as such, treatment is vital if you want to keep your buddy alive longer than one to two months.

Let’s not have you pup’s life cut short! This article will walk you through the warning signs and diagnosis process so you can catch lymphoma early. And we’ll look at how a combination of chemotherapy and CBD oil for dog lymphoma may be giving our pups the best chance at life yet.

Under normal conditions, these white blood cells grow and divide to make new copies under strict control. All cells have a programmed death that must happen, or they become susceptible to mutations and eventually become cancerous — we call this apoptosis. As you can guess, lymphoma happens when lymphocytes grow, divide, and change willy-nilly without eventually dying.

Cancer is not a single disease, but they all share the same common principle of uncontrolled cell growth and division after a cell becomes mutated. Unfortunately, many things can cause cells to mutate such as bacteria, viruses, chemical exposure, etc. This is why so many different things can be or have been labeled as a carcinogen at some point.

Special note: Not all chemicals are carcinogens, and even when they are carcinogenic, they often pose no threat to health until they reach a certain amount. For example, coffee contains acrylamide — a known carcinogen — but at very low levels where it’s harmless.

Why go on a long rant about carcinogens? Well, unfortunately, since we aren’t sure what directly causes lymphoma in dogs, it’s important that you understand how cancer happens and what causes it in general.

Now, we do know suppression of immune system can cause lymphoma in humans, but for dogs, we have no direct link. As well, certain breeds are more prone than others, so we know genetics plays a part. In smoking households, we know for sure that cats are 2.5 times more liking to develop lymphoma.

Most Common Symptoms of Lymphoma in Canines

Lymphoma can occur outside of the immune system, but the telltale signs will be related to the immune system. The most common being inflamed lymph nodes, which will be a hard almost-rubbery swelling under your pup’s skin.

There are five main forms of lymphoma, and they are based on the area of lymph nodes affected. Because some lymph nodes are deep within the body, I’ll include other visible symptoms besides swelling for them.

Where You Can Find Major Lymph Nodes:

While these are the main 5 forms, there are over 30 different types of canine lymphoma. Gastrointestinal lymphoma is the most common form in cats, and they typically will not present detectable enlarged lymph nodes. Other signs of lymphoma in both dogs and cats include appetite loss, weight loss, weakness, and lethargy.

Confirming that a dog has lymphoma is commonly done with a biopsy which removes a piece of the area of concern — in this case, a piece of a lymph node. How much of the lymph node that is removed, will depend on the dog’s condition and what your vet thinks is best. The more taken, the more accurate the results — excisional biopsy or the full removal of a lymph node is an option.

When a biopsy is performed, the dog will be placed under general anesthesia. Their recovery will be quick and mostly painless — pain medication is sometimes prescribed.

If lymphoma is detected, further tests will be done to determine the stage the cancer is in. This will include testing all the lymph nodes through blood tests, x-rays, bone marrow aspirate, and a urinalysis.

The 5 Stages of Lymphoma:

The 9 Dog Breeds Susceptible to Lymphoma

Treatment is vital after diagnosis because, without it, the average survival rate is only four to six weeks. Chemotherapy is currently the most common and best option and will lead to remission in 60-90% of cases — improving your dog’s life expectancy to a year. If the treatment did not start until stage 4 or 5, then life expectancy is reduced.

Remission means the cancer has regressed — whether partially, or totally where it’s completely undetectable.

Chemotherapy to treat lymphoma is essentially the same for dogs as it is for humans. Chemo will often be administered with an IV. Unlike humans and chemo, dogs tolerate it much better than us — they typically only see minor side effects, and most won’t lose their hair. Breeds like poodles and Old English Sheepdogs might, however.

The most common side effects include loss of appetite due to upset stomach, vomiting, and diarrhea, and only 5% will see side effects that require hospital care.

A Cure For Lymphoma?

With chemo and other common cancer treatments, it is very possible that your dog goes into complete remission. However, this does not mean it will ultimately cure the cancer, and it will eventually come back.

Fortunately, chemo can be used again and has a good chance to send your dog back into remission. However, this time the duration of remission will probably be shorter and again the cancer will come back.

Unfortunately, each time this happens, the chemo will be less effective as lymphoma cells become resistant to it over time. When chemo is no longer able to control the cancer, in most cases, euthanization is recommended.

How We Can Provide Additional Help

Even though there is currently no known cure for lymphoma, this doesn’t mean dogs diagnosed with it can’t enjoy the life they have left. Many pet owners are following the examples lead by human cancer patients and have started using cannabis for treatment.

This is a controversial subject with an ocean full of varying emotions so let’s attempt our best to objectively look at this issue.

There are many anecdotal reports from people that believe cannabis has helped them in some way to fight cancer — some of this is confirmed and backed up, others not so much. There are two main ways cannabis is used in cancer treatments, so let’s start with the one way we know works.

Side Effects of Chemotherapy

Chemotherapy has some nasty side effects because the only way to kill cancer cells in the body is by killing healthy cells in the process. Currently, there is no way we can just target cancer cells.

It is a fact that compounds in cannabis can reduce cancer cells in size and even kill them. However, this has only been confirmed and seen in vitro — tested in a culture dish, test tube, etc. outside of the body.

We have no concrete proof or evidence that cannabis does this in vivo or in the body. It’s possible, however, because the molecules in cannabis act like specialized neurotransmitters in the body called endocannabinoids that can promote healthy cellular functions — like dying when they are supposed to.

Breaking the 4th wall: My personal opinion is cannabis may one day be a major cancer treatment, but not in its current form. But the fact that we have seen it kill cancer cells outside the body, help with many side effects of chemo, and that an outbreak mustard gas led to chemotherapy, all play well for cannabis.

If cannabis has killed or prevented cancer cells in the body, it probably did it with concentrated levels of THC. This, however, causes a high, and THC is toxic to dogs, unlike humans. This means you want medical cannabis without THC — or the high — which is CBD oil.

Since CBD oil doesn’t have THC, it’s safe for your pet, and will still help them with pain, appetite loss, nausea, sleep, fatigue, etc. that both cancer and common cancer treatments cause.

CBD oil will not negatively interact with chemotherapy, and together they make a fantastic team for giving your dog the best and longest life when fighting lymphoma. Chemo and traditional treatments should come first before CBD products, however. 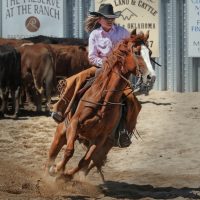