Social Justice & the Yoga World: the Second Unwelcoming Behavior of Yogis. {Part 2 of 3}

The American yoga world has considerable room for improvement when it comes to social justice.

It is a world where social justice is often performed (words) instead of practiced (actions), and I am no different. At one time or another, I have been a part of the problem, and I take responsibility for that.  But I have choices:

1. I can bask in guilt. (Unless guilt is the “new black,” it’s not a great look for me.)
2. I can ignore the issue. (Are rose-colored glasses in this season?)
3. I can leverage my white privilege and become part of social progress.

Using my privilege for progress is my choice, but it doesn’t come without struggle. This process is messy. It is hard. It doesn’t always create friends because there will be people who disagree or, at the very least, who agree but who won’t join in the effort because it disrupts their comfort. While I understand that feeling, I refuse to allow it to drive my values. I want to be part of a movement toward justice, and to do so, we must start by unpacking some of our sh*t.

Post number one broached a superficial way the yoga world is unwelcoming: what we visually project through our “look.”  Now let’s dig a bit deeper.

Unwelcoming Behavior 2: what we idolize.

Time is money. Don’t pour money down the drain. Put your money where your mouth is. We have a host of English idioms that relate to money, and the words yoga and money are now inextricably linked as the American yoga business has swelled to a multibillion dollar industry.

An overt way in which money is at the center of the American yoga world is the price of being a yogi. If you practice outside of your home, single classes average $10-20 and monthly memberships average $100-$150. According to the Washington Post, “In 2016, white families had a median net worth of $171,000, compared with $17,600 for blacks and $20,700 for Hispanics.” The income gap is significant and prohibitive to attendance.

Geographically, we primarily see studios spring up in middle to upper-middle class white neighborhoods. This makes practicing disproportionately easier for white yogis, as yogis of color now have to add transportation costs to an already lower disposable income. There is nothing wrong with owning a business, nor in wanting it to be financially successful. I would argue, however, that it is unethical to build wealth from a tradition of people of color while excluding people of color in the process.

There are many ways to address income gaps. Sun Moon Yoga in Mankato, Minnesota, offers regular happy hour $5 classes. This addresses racial income inequalities, but in a college town, this opens the benefits of yoga to college students who may have no income at all. Inspiring Actions Yoga & Wellness Center in Hudson, Wisconsin, offers a class where the cost of admission is a food shelf donation, and the owner is starting a nonprofit to make yoga more accessible.

Joy Laine is a B.K.S. Iyengar-trained veteran yoga teacher in St. Paul, Minnesota, and she primarily teaches through Community Education to make the practice accessible both financially and geographically. Innerstellar Yoga in Berkeley, California, offers teacher training scholarships to students of color.

Major yoga publications and events give first billing to white teachers, despite the fact that the practice began in India. Since 2008, I have taught with three instructors (three!) who trained in India. I am not one of them. Seduced by white instructor “fame,” we train here, arguing that travel to India isn’t possible, yet the cost of a flight to India plus a 200-hour training is right in line with the typical $2,500-3,500 training fees in the United States, often less.

When white teachers are propelled to stardom, their bodies follow, as the media glorifies the white “shape.” This isn’t about size, and I’m not saying we shouldn’t confront an obesity epidemic; it’s clear that our joints, hearts, and bodies were not meant to sustain that. What I am saying, however, is that healthy bodies do come in shapes that are not always the shape of “whiteness.”

This cycles back to the look our community projects. If all one sees in the media and in the local studio is middle to upper-middle class, white, tiny yogis wearing expensive outfits, it’s easy to see why people of color widely choose not to practice yoga. Without uttering a sound, we scream out who belongs, and who doesn’t.

After unpacking our place in this yoga world, both how we contribute to inequity and how we might confront it head on, let these ideas percolate a bit. Sit with them. Discuss with friends. Consider how change might be possible. Then read on. In the third installment of Social Justice & the Yoga World, I address the Unwelcoming Behavior number three: what we steal.

>> Write to the editor of your favorite yoga magazine and ask for more diversity in ethnicities and body shape.
>> Go to India to learn or, at a minimum, learn from an American yoga teacher who trained in India.
>> Look for publications founded and edited by people of color.
>> Follow yogis of color on Instagram. See a few here.
>> Follow blogs by yogis of color. See one here.
>> Support yoga teachers of color. See one here.
>> Ask your favorite studio to recruit teachers of color.

>> Specifically recruit teachers of color.
>> Offer incentives for staff who train in India.
>> Invite Indians and/or yoga practitioners of color to talk to your staff.
>> Create outreach programs to students of color and to lower socioeconomic groups, and ask your staff for their ideas. 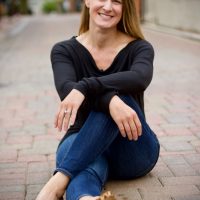