Before you have a drink on St. Patrick’s Day.

Saint Patrick is known as the enlightener of Ireland, bringing Christianity to the emerald isle in the fifth-century. There’s a good chance that he didn’t do it single-handedly, but Patrick is the iconic Saint who receives the post-humous glory.

Indeed this movement into Christianity was likely brutal for many pagan Celts who resisted giving up their mythology, rituals and beliefs. Yet, perhaps there is an evolution in consciousness in the west that can be primarily attributed to Christ’s teachings and also to those who forcefully spread his teachings. Perhaps this movement was for the better of mankind. On the flip side, perhaps there is much lost in the way of ceremony and rituals that connect us to the natural world (including ourselves). Perhaps we lost something very important by decimating tribalism in the name of Christ.

I’m not going to even wager a guess as to which way of life is ultimately more enlightened or peaceful. I wasn’t there. I didn’t experience the tribal brutality that may have come part-and-parcel with the deeper connection to the land.

What is abundantly clear to me, however, is that Saint Patrick is an iconic figure celebrated, to a large degree, because of the power and freedom he created for Christians in positions of power. Think about how third world economies today allow for a lighter load in the first world. Saint Patrick is an iconic figure of colonization. Which, at its roots, is the conquering of tribal people and the dispersement of those who remain into an established system that is hierarchical. Of course, those new to the system start at the bottom. And they work and create privilege for those higher up. Naturally.

We are all First Nations people at our core. We are all human creatures that were born from the land we walk on. We will always be connected to this land on a spiritual as well as cellular level. Regardless of how much distance has been created between us and our Source.

Once upon a time we celebrated and connected with reverence to Gods that were extensions of powerful forces that deeply effect our lives. These powerful forces haven’t changed (in case you didn’t noticed): The changing seasons, the cycles of life, death and renewal; our mysterious relationship to the cosmos; inner forces like love, sex, anger, grief, and fear. These are all acknowledged and worked through in tribal mythology, rituals and ceremonies. In this tribal context the individual is guided through the many stages of life toward an aligned way of being. Aligned with Creator or God, aligned with Mother Nature, and aligned with his or her human heart. Which, as it turns out, is all the same alignment. There are no discrepancies between our deepest needs and the needs of the natural world or the needs of our highest self and our reverence to Source.

What Saint Patrick brought to Ireland sixteen-hundred years ago is impossible for me to truly understand let alone judge. However, what I do see, is that we no longer come together in deeply connected rituals. Instead, we come together and celebrate with alcohol.

The Celts were colonized by a group of people who had attuned to the power dynamics and benefits of a hierarchical system that rewards, principally, those at the top of the hierarchy. And what better way to maintain the status quo of power than to replace the life-changing rituals of the tribal peoples with a process of hierarchical indoctrination (going to church) and so-called celebrations of drunken revelry.

I would argue that Saint Patrick’s Day exists primarily because it placates the often profoundly uncomfortable emotions and energy we live with. And it replaces rituals that foster growth with a celebration that numbs the senses and oppresses consciousness.

Think of this from the point of view of the church and those in power in the fifth-century as they move into new territory and coerce a people to work under them, for very little. How do you keep them happy? How do you remind them who to worship?

I can’t judge the impact of colonization over time, or the impact of Christ’s message and words, or the inevitability of certain aspects of life, including the inevitability of what is or where we have arrived. But I will make the judgement that most people have lost something very important. A connection to something bigger and also a connection to something deep within. I will also make the judgement that the consequences of this are profound.

Something to consider before you have a drink on St. Patrick’s Day. 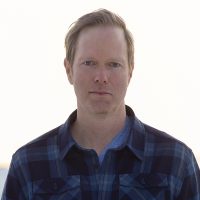 Mark Lewis is a 44-year-old filmmaker and entrepreneur with two ex-wives, two sons, and one step-daughter.  Mark’s intention is to share insights and experiences while att… Read full bio