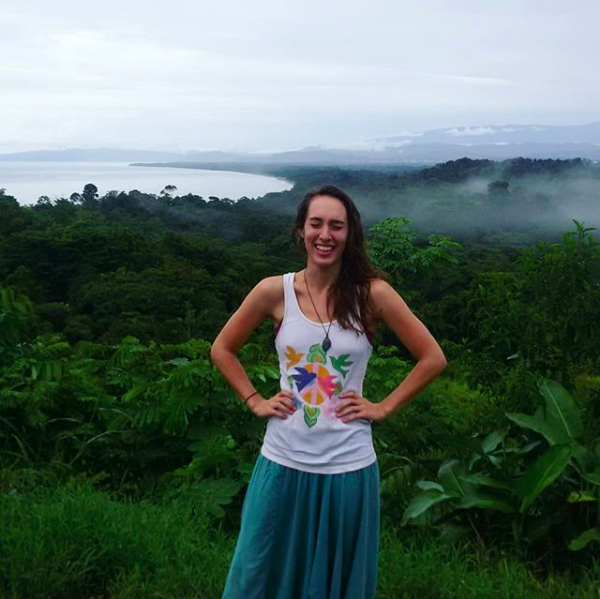 I created an informal social experiment this week.

After receiving an inexplicable flood of Facebook friend requests, I decided to…accept all of them.

Years ago, I let go of the idea that Facebook was a personal network, only for friends “in real life.” I started publishing writing and receiving requests from strangers all over the world, and I made a choice to make my online life more or less public.

When it comes to connecting with strangers, I’ve gone through moments of saying, “why not?” and others of saying, “but why?”

This was definitely one of those “why not” moments. Of course, I set some conditions, warning new friends:

“I may not get around to waving back. I don’t always answer messages. If you’re clogging my newsfeed with racism, bigotry, or intolerance, I will unfriend you. I also do not appreciate harassment or comments about my body or appearance. If you just want to connect and make this world a little smaller, then that’s awesome—I’m happy to be connected here.”

I ended up accepting 2,000 friend requests from strangers in 48 hours.

Why would anyone do that?

As always, I have many motivations for doing what I do, ranging from the trivial to the existential.

First, there was the “why not?” factor mentioned above. It would take me as long to delete hundreds of requests per day as it would to accept them, so why not entertain myself and others and make a fun experiment out of it?

Second, as a former student of Anthropology and a lifelong student of humanity, I felt deeply curious about who these “new friends” were, how they were utilizing social media, and what the heck is happening in our crazy virtual world.

But I think the thing that pushed me to actually go for it was that I felt afraid.

I felt the same kind of fear that compels my sisters all over the world to not go out alone, to not travel alone, to put up walls so as to never make themselves vulnerable to harassment or attack.

I have been (selectively) accepting friend requests from strangers for years—ever since I began publishing my writing. I see social media predominantly as:

A. Networks for connecting with other writers, creators, and entrepreneurs, and
B. Platforms for sharing and promoting my work as a writer and facilitator.

And so, over the years I have had countless experiences with “new (male) friends” that somewhat dampened my enthusiasm for connecting with strangers. These ranged from the sort of odd, to the pretty uncomfortable, to the downright offensive.

However, I believe that fear is a good reason to do a thing. (My mantra: Feel the fear. Do it anyway.)

I do not want to live from a place of fear.

I am a devout optimist. When I solo hitchhiked thousands of kilometers through Europe in 2013, I made a decision based on faith. I believe that the vast majority of people in our world are good, kind, and genuinely seeking positive connection with other humans. I have since hitchhiked along many adventures in South Africa, Costa Rica, and more. My experiences thus far—traveling solo for many years—support my hypothesis.

Each time I step into a stranger’s car, it is an act of faith. I believe in our shared humanity.

Likewise, each time I accept a friend requests from a stranger, it is an act of faith.

Each time I step into a stranger’s car, it is an act of rebellion. I refuse to let fear rule my actions; I refuse to cede to the misguided advice to women on how to stay safe.

(A friend pointed out the fine line between encouraging people, especially women, to explore the outer reaches of their comfort zones, and irresponsibly endorsing reckless behavior. I don’t necessarily encourage anyone to make the same choices I do; however, I want to point out that much of the advice given to women to “keep safe” is fear-based, rather than fact-based.)

Each time I accept a friend request from a stranger, it is equally an act of rebellion.

So, here I am. Nearly at my friend limit. Stubbornly optimistic. Hoping that my new friends will prove me right.

And for the purposes of continuing this informal experiment, I’d love to know: How do you use social media? Do you send friend requests to strangers? Accept requests from strangers? Why or why not?