You Don’t have to be an Alcoholic to be Wasted. 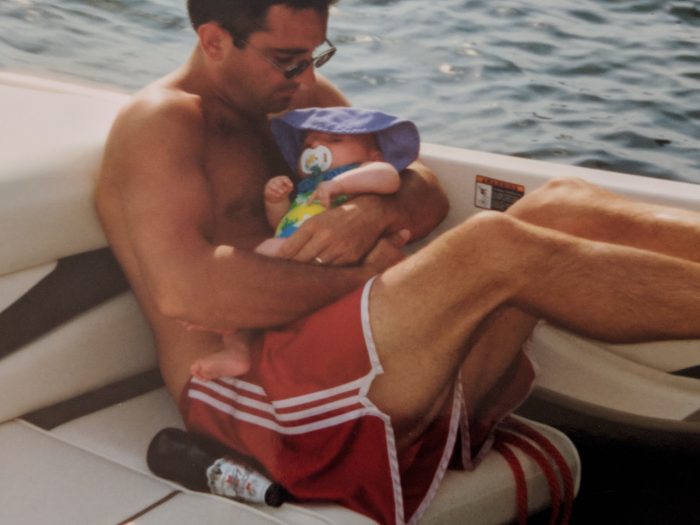 We drink because it takes the edge off.

Alcohol rounds the corners and makes the irritations tolerable. It relaxes us and releases stress. It lubricates what’s stuck and softens our hard spots.

But what if the hard spots are where our exceptional lives?

What if our corners and irritations and stress and stuff that’s stuck are what define us and give us the power to be unique and special? There is no shortage of numb-minded zombies sipping their way through life and asking, “Is this all there is?”

What if our “more” lives in the edges we drink off?

My life has been a disappointment. It seemed just the opposite for a long time, as I drank and partied and had no shortage of friends and memorably unmemorable times.

College was a blast. I did the minimum academically and graduated with a very appropriate 2.99 GPA—just an ounce of effort short of a B average. I had four years of hard-drinking adventures, both death defying and routinely mundane.

I entered college as a good student, full of aspirations, with a ripe and juicy future dangling in front of me. But I didn’t harvest it. Instead, I insulated myself with beer and pizza and vodka and cigarettes and retreated from challenges while drowning my drive to excel, choosing instead to nestle into mediocrity.

I gained 40 pounds, had brushes with the law, accepted grades far below my potential and rounded off the edges of my reality with copious amounts of booze. It felt like a blissful existence.

My sub-par life of bad decisions and wasted opportunities seemed enviable and full.

My mediocrity tour continued after college. I graduated with a business degree and sought a career in marketing or advertising. Instead, I was offered the sales job my 2.99 GPA deserved. So I settled, told myself I was lucky to have a job, and washed away my disappointment with nightly cocktails and beer-filled weekends.

I even had the audacity to feel like an overachiever in spite of my lackluster career launch because I had so many friends who were starting their fifth year in college while I was starting my job. When my polling data was based on a sample-set of other heavy drinkers, I compared favorably. My average life was so lubricated that I couldn’t possibly compare my reality to my potential.

I thought I was happy. And when I wasn’t, I drank to ease the sadness.

I got married and started a family. It was another opportunity for me to accept undistinguished performance in place of the excellence my loved ones deserved. I provided food, clothes, a home, and the occasional vacation, so I thought that entitled me to ignore the emotional needs and physical desires of my wife. I didn’t learn to listen or adapt. I couldn’t hear my bride’s maturing wishes from an adult relationship. I was stuck at the human development level where my serious drinking began.

I didn’t move past the stuck. I drank until I didn’t notice it. And my wife evolved while I sank into an unsatisfying status quo.

Eventually—finally—after 15 years of consistent, if not abusive, drinking, I began to question the significant role alcohol had ascended to in my life. Was I an alcoholic? How could I be? I had experienced no DUIs or other legal trouble. My marriage was dormant but intact, and my finances were average for a middle class family of six. None of my friends considered my drinking to be problematic, and only my wife and close family experienced my alcohol-infused excess and expressed concern.

Alcoholics live in the gutter or beat their wives or spend time in jail.

Alcoholics get fired and have their possessions repossessed.

I was far too cemented in American mediocrity to be an alcoholic. Not me.

So why would I even consider a split with my beloved drink?

As my depression during sober times increased, and my alcohol-induced arguments with my spouse continued, my mind became transfixed with questions about my drinking label. Was the depression related to my booze? Was my seething and impatience for my bride related to my drinking habit? Was a DUI or other outward calamity just a matter of time? Did I really need to quit the thing I loved the most in life?

Was my drinking career coming to an end?

The questions were as painful as they were relentless. As my mental misery continued, my kids began to suffer from their subordinate place on my priority list. I spent Sunday afternoons wallowing in despair and drinking through my dilemma instead of kicking around the soccer ball or taking hikes and being the role model my children deserve. My kids weren’t abused, but they were neglected. Just as I settled for average academic and occupational performance, I was a mediocre father who put selfishness in front of nurturing.

I knew raising my kids was my most precious responsibility. I always knew that. I was just a little too numb to give it my best effort.

A lot of people think alcohol abuse is about selfish drunkenness, obnoxious behavior, and tragic decisions. And while those alcoholic extremes make addiction diagnosis appear black and white, there is a lot of grey area in recognizing that alcohol is holding us back.

Are we born to be average, or do we poison ourselves into acceptance of unrealized potential? Are anxiety, depression, sleeplessness, and troubled relationships just a fact of life, or do we lubricate our challenges until we don’t know how to overcome adversity with love and perseverance? Should we learn to live with mediocrity, or is there more to life than taking the edge off?

What if our exceptional resides on the edges? What then?

After 25 years of drinking alcohol, the last 10 of which I spent wrestling with the label of high-functioning alcoholic, I stopped drinking. My recovery was slow and painful, and early sobriety was full of pitfalls and setbacks. But I made it.

Leaving alcohol behind is only a little bit about not drinking. It is much more about embracing the rough and hard spots. It is about refusing to lubricate when faced with adversity. It is about enlightenment and recognizing the existence of more. It is about an awareness of our full potential and a willingness to work for it, without shortcuts.

Leaving alcohol behind is all about living life on the sharp edges—relentlessly and full of hope. I’m not there yet, but I can see where I’m going. And I’m not too numb to feel my way.

How about you? Do you feel stuck? Is your consistent or occasional alcohol reliance taking your edge off? Is it limiting your potential and numbing your exceptional?

Do you want more out of life? Maybe you’re not a problem drinker and you’ve never considered the role alcohol plays in your mediocrity. Maybe you, like me, know you drink too much and spend inordinate hours debating your label. Maybe you’re not sure alcohol is the cause of your problems.

One thing is indisputable though: alcohol is doing nothing to solve them.

How Drinking like a Buddhist can help us Stop Overdoing It. {Partner} You Don’t Have to Be an Alcoholic to Admit Drinking Hurts Your Life. Dry Curious? 9 Unexpected Gifts from Living Life without Alcohol. The Price we Pay when Alcohol is our Soul Mate.
See relevant Elephant Video