We made part of Elephant Academy free, every Friday.
3 hours left: Register here.

We made part of Elephant Academy free, every Friday.
3 hours left: Register here.

How long does it take to play the guitar? 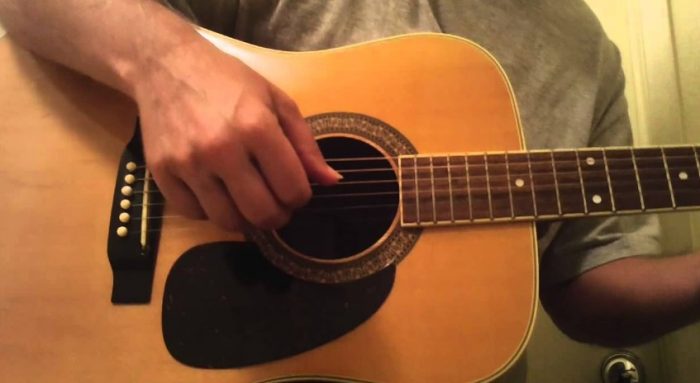 When can I finally play the best beginner guitar properly? As strange as this question may sound, it has been asked to me many times, and as you can imagine, it is not that easy to answer. However, it is still possible if you first clarify what “playing the guitar” means for the student or the student at all. On the other hand, this also includes the question of how much time the aspirant is willing to invest in his hobby.

As you can see, there are no simple answers to complex questions like these and so here we want to try to approach this topic in a more nuanced way. So much is already revealed that the answer must be: “It depends!”

From the first chord to the rock star – Quick Facts

Practicing is not the same as practicing

Advances in practice depend not only on the time you invest, but also on the seriousness and working towards a goal. Anyone planning to make a living with the guitar has to practice a lot more and focused than the future hobby guitarist.

Learn guitar with teacher or self-taught?

The guitar is one of the instruments that can be mastered to a degree even without a teacher. However, without guidance almost always wrong body and play attitudes sneak in, which slow the progress and which are very difficult to correct.

How important is talent?

Of course it is an advantage if the prerequisites for making music were already in the cradle, but without sweat even the most talented guitar student will not break anything. On the other hand, there are almost no limits for those who dedicate themselves to the guitar with discipline and diligence.

1. How much time do you have to spend on guitar learning?

The primary question to ask is: how much time am I available, or do I have the organizational resources to deal with my instrument? Not only the duration counts, but also the quality and continuity of the practice units.

Those who are not prepared to work at least five days a week for around 20 minutes will find it difficult to make progress. Regular practice over the week is certainly more effective than practicing one lesson once a week and then not touching the instrument for the rest of the day. The form of practicing should also be well-structured and result-oriented, that is, what is called “deliberate practice” in the jargon, ie, purposeful practice.

Especially at the beginning, the concept of talent is constantly circulating through the heads, which is often treated as a counterbalance to practicing. In a nutshell: Proper practice will always win over talent, if there is such a thing.

More about this topic can be found here:

2. Learn guitar with or without a teacher?

Those who have never played an instrument and have had little contact with the practice of music should not shy away from choosing an instrumentalist to gain maximum progress. On the one hand you learn the correct practice, you get direct feedback and the most important thing: The substance is portioned into digestive bites, which can be mastered well by the student and neither over-nor under-demand.

Anyone who already plays an instrument may also be able to do without permanent instruction, but should at least initially take a few hours to learn the optimal body and hand position, because a wrong technique can slow down the progress extremely and the learning will be later laborious.

3. Why should one set goals?

While learning the guitar for each of these areas may look identical in the beginning, the campfire guitarist will certainly achieve his goal with less effort than the prospective professional, and the content will also differ at some point.

Sooner or later, you should be aware of where the train is going to go, because then you will set your priorities differently, and you may also get a higher motivation from your goals.

4. How long do I have to practice until I am a good guitarist?

If you ask every halfway advanced musician how long it takes to master his instrument, he will answer: for a lifetime!

For example, in his book “Outliers,” based on a study by Anders Ericsson, Malcolm Gladwell speaks of the 10,000-hour rule that says it takes time to practice until you become the true “master” of any discipline. That’s 2h 45 min every day, for ten years!

Precise forecasts are obviously always difficult, yet it is possible to fix certain intermediate stations reasonably concrete, provided that the recommended practice effort is respected.

Here are a few very rough guidelines that could apply to teens to adults, if you want to start with acoustic guitar and switch to electric guitar (big individual differences are of course possible):