What Happened To Me When I Set My Dog Free. 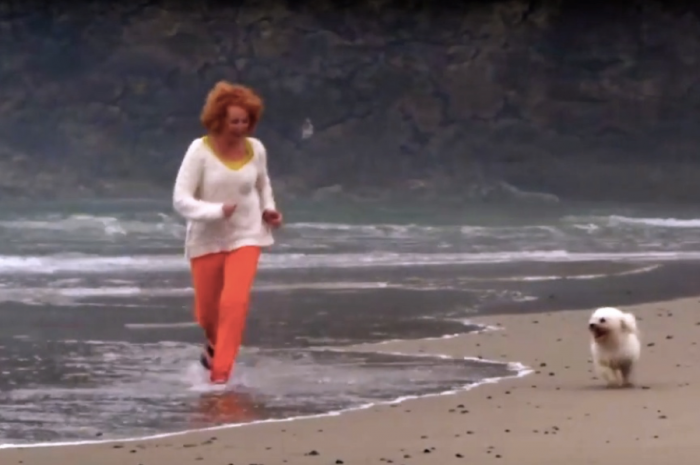 “Because of the dog’s joyfulness, our own is increased. It is no small gift. It is not the least reason why we should honor as love the dog of our own life, and the dog down the street, and all the dogs not yet born.“ ~ Mary Oliver

Sophie, a 14-lb Bichon Frise, was my best friend through the most difficult years of my life. We met in Nahant, Massachusetts, at my parent’s house. I was unmoored and about to move across the country, and was visiting at the time Sophie arrived on the scene from Singapore, where she had lived with my brother and his wife.

The moment I met this spry and sturdy little character, I fell head over heels, and immediately took her to Dog Beach where we got our groove on.

The friend I needed

We clicked. We both had curly hair, and we were both in transition. My brother couldn’t take her to the next assignment, and she needed a home.  After flying from Singapore to Washington, DC, to Boston, she flew again across the country to meet me in Portland, Oregon.  I hadn’t planned on a dog, but we really needed each other.

At first her anxiety from all the moves was overwhelming, and she would shake when I had to leave her, or in the car. I kept telling her I would always come back for her, and over time she became a road trip companion like no other, her fluffy ears blowing wildly in the wind.

I won’t go into the depressing details of that early time we were together.  It’s all in my book, Loveseed:  The Template For Birthing A New World, and Sophie was one of the biggest reasons I got through it all and was able to write the book. I don’t ever remember a moment that she wasn’t excited about something, and joy was her bailiwick.

When both my knees blew up and my once athletic body had a hard time walking, not to mention my sinking spirits and lack of energy, Sophie’s enthusiasm was like manna from heaven. No matter how much I wanted to curl into my own heartache, knowing how much she needed me kept me human. We took long walks in the lush Oregon woods most every day, and I was not alone. Sophie kept me connected to the essential goodness at the core of my being, and it was that love that led me out of the well of despair.

We made a pact, Sophie and I, and it was one of the most important parts of our relationship. I promised her I would see her to the very end of this earthly life, and if I could have a say in how it would go, I would be holding her and she would not be in pain. Making this agreement at a time I was not really seeing much reason to remain alive was very significant!

She made a promise too, moment by moment, to show up full on with nothing held back. We both kept our promises.

In the last six months of Sophie’s life, her world became smaller and her body withered. I recall the day she just refused to hop up the brick steps to the courtyard, her hind legs having become too weak. More and more often I carried her, like I carried my children on my right hip. The walks finally stopped and the diapers became permanent.

Soon she walked mostly in circles and became caught in corners and under furniture, so I created a space in the kitchen with dog rugs and a gate to keep her from wandering. She stopped eating the raw dog food she had devoured for years, and I began to cook dog casseroles for her, which she gobbled down with gusto.  I gave her canine CBD oil and Chinese herbs to lift her chi, and she continued to thrive in her own way.

I checked in every night, belly to the floor, my nose to her nose, and asked if she still wanted to stay. She said as long as she enjoyed my casseroles, she was good to go, and I believed her.

I told her over and over that she was my best friend in all the world and that she had helped me so much, and when I said those things to her, she made the noises that dogs make when they totally understand what humans are feebly trying to say. They get things on the most pure level, by-passing the analytical mind, and right to the heart. We so got each other!

Sophie was masterful as she surrendered to her decline. She lived fully in the moment, and embraced the power of her nows. She didn’t worry, or compare, or lament that her little body was scrawny or that her once abundant fur (her original name was Snowball) was sparse and yellowed. She was masterful in the art of letting go, and she expected the Universe would yield to her…and it did.

When she stopped eating and could barely hold her head up, I knew I was at a decision point, and I wrestled in my mind for a short while. I was mindful of the scurrying inside to know the right thing to do, so I dropped back down on the floor, and I asked the one who would know.

I held her and saw her little eyes tracking me, even as her body barley moved. She was so present, and so clear.

She wanted me to know that she felt my love all the way to her little black nose.

She thanked me for keeping my promise.

She reminded me that life is about joy and to feel joy when I think of her.

She promised she would find me again.

I asked if she would let me know when she was around.

She said in the moments I feel joy I will know.

I thanked her for being my best of best friends.

I thought of the words from Mary Oliver’s poem In Blackwater Woods on the way to the Veterinary Hospital:

Every year
everything
I have ever learned

in my lifetime
leads back to this: the fires
and the black river of loss
whose other side

is salvation,
whose meaning
none of us will ever know.
To live in this world

you must be able
to do three things:
to love what is mortal;
to hold it

against your bones knowing
your own life depends on it;
and, when the time comes to let it go,
to let it go.

What happened to me when I set my dog free is that a part of me that is connected to her forever was set free. She showed me directly that the act of being committed to the well being of another is a gift that never stops giving. The pain of letting her go transformed into the love that never dies. What I am left with is deep gratitude and a well of memories that make me smile. 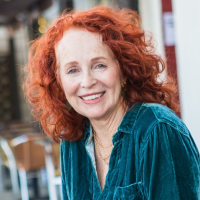