Yoga as Part of Recovery 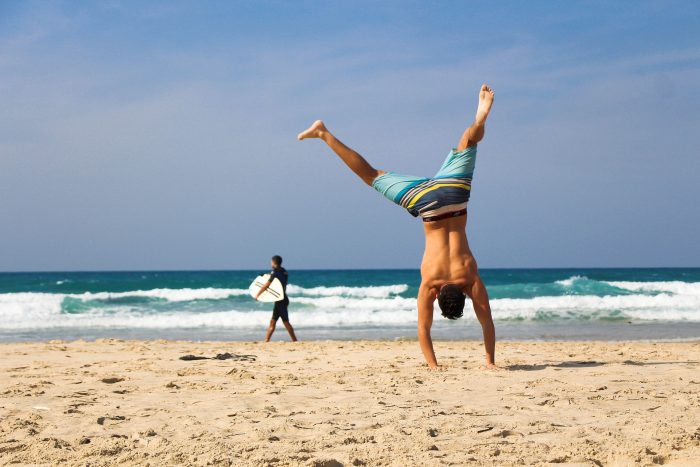 After I had been drinking, well getting drunk for 8 years, I had received my second DUI. It was the morning after that DUI that I woke up and realized I needed to get help. Something in my life had to change because I was losing everything. I had already gotten a divorce, lost partial custody of one of my children, and had made many mistakes because of my alcohol addiction.

That morning after my second DUI, I got up and I called a local outpatient treatment center. I told them about my addiction and went in for an assessment. I had a severe alcohol addiction, but at the time, there was nobody to watch my children, so I couldn’t attend dual diagnosis treatment. The following week I started individual therapy at the outpatient rehab center. I was going to individual therapy twice a week. The next week, I also started group therapy, once a week.

In the beginning, the cravings were terrible. I had trouble sleeping and a very difficult time pulling myself away from my family. They were the ones that I had always gotten drunk with before. I had to tell them no and the ones that kept asking me to drink, I had to stop speaking to. Within a couple of months, the cravings mostly subsided. I started going to art journaling classes at the outpatient rehab center once a week as well.

Things were starting to look up for me. I had more confidence, I felt stronger, my body didn’t look as weak, and my health issues that started because of my drinking, were getting better as well. I felt like I could take on the world. However, through my recovery program, I knew I was just on a “pink cloud” and that feeling wasn’t always going to be there. I needed to add more to my recovery program. One of the other recovering addicts in my group therapy told me about yoga and how it helped center her recovery. She gave me some starter tips and told me where to begin.

Yoga and The Amazing Benefits

The first time I did yoga, I didn’t like it. I was not stable in my movements and I wasn’t sure I would ever try it again. However, that same day, I watched a motivational video on addiction recovery and knew that I couldn’t give up just yet. I had to keep trying different yoga moves until I got better at it. The next day I ended up trying 3 different yoga videos and fell in love with it. I was able to do the yoga that day in a quiet environment and give it my all. It helped me to feel relaxed, something I hadn’t felt in a long time. That was the main reason I stuck with it and kept practicing yoga. I created a schedule and implemented 30 minutes to 1 hour of yoga, 5 days a week.

After about the first week, yoga also helped to relieve my stress. Any time that I was feeling stressed, I practiced a yoga move. It helped to clear my mind, distract me, and allow me to see that if I relaxed, I wouldn’t be so stressed. That was a major revelation for me. The reduced stress took a lot of pressure off from my body and my mind. It was like a whole new side of me was coming out and I liked it.

About one month after I started practicing yoga, I started feeling much more energized. I was able to get up in the morning, practice yoga, and get going with my day. Before I was practicing yoga, I felt so drained in the morning and so tired. I never wanted to get up or start my day. Yoga helped me to put focus into my day, to center my day. It was an amazing feeling that I still have to this day.

Yoga helped reduce my pain as well. Before I started practicing yoga, I had so much tension throughout my body. I had neck and back pain, along with soreness in my muscles and muscle spasms. Yoga has helped me to feel relaxed which reduces the tension in my body. I was feeling pain constantly and throughout each day. Now, with the help of yoga, I have bouts of pain, but it is rare and not as severe as it was before. It is great being able to play with my kids and go for walks without feeling pain. I wasn’t able to do that before I brought yoga into my life.

Yoga and My Recovery

Due to the reduced anxiety, stress, and pain I have from practicing yoga, I am able to feel better in my recovery. I am able to focus on the things I need to do in my life and have more control over my life. Without yoga, I am not sure if I would have been able to stay sober as long as I have. I am not sure I would have made as much progress on turning my life around either. I hope that my story will help others see the benefits of yoga. I am sure that yoga can help anyone who needs to reduce tension in their life, especially those who are trying to overcome an addiction from drugs or alcohol.