How the Legalization of Magic Mushrooms just might Save the World. 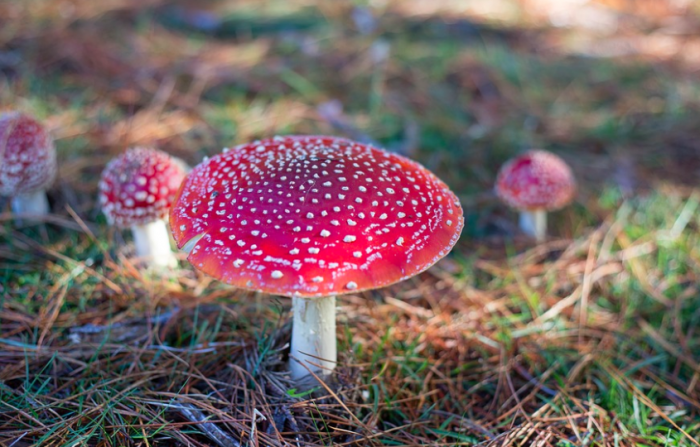 Nearly 20 years before Michael Pollan published his latest book, How to Change Your Mind, in which he describes “the new science of psychedelics” and shares accounts of his personal experiences, I embarked on my own psychedelic adventure across North America.

During my senior year in college, I was given a small amount of psilocybin mushrooms while camping in an oak grove along the Suwannee River in Northern Florida. The quarter-sized, brown mushrooms had been picked from a nearby pasture, where they grew in abundance right out of the cow dung. At the time, I’d recently taken up yoga, had begun to learn about Buddhism, and had read a little Timothy Leary.

The combination prompted me to sit at the base of a tree and meditate after ingesting the mushrooms. In the hours that followed, I had what can only be described as a mystical experience. I felt energy rush through my body and a sense of separation between myself and the earth dissolve. For the first time in my life, I knew my place in the world. At once, I was tiny and insignificant, yet infinite and utterly meaningful. The experience inextricably altered the course of my life.

It started me on a path toward greater self-awareness and harmony in my relationships with others and our planet.

Last Wednesday, Denver, Colorado became the first city in the United States to decriminalize psilocybin mushrooms, more commonly referred to as “magic mushrooms.” The measure, called Initiative 301, drew nearly 180,000 voters to the ballot box and passed by 1 percent, or less than 2,000 votes. At this stage, the gesture is mostly symbolic, as arrests in Denver for possession of mushrooms numbered less than 50 per year over the last three years and only 11 cases were prosecuted during that time.

Similar measures are on the ballot in Oregon and California next year. Each state was at the forefront of the cannabis debate and has since legalized marijuana, so it’s safe to assume that a push to legalize mushrooms is not far behind. Though they are often lumped together, the two substances are more different than they are similar, and I suspect psilocybin will face an especially challenging road ahead.

The Case for Legalization

There are numerous arguments one could make on behalf of legalizing psilocybin mushrooms. For starters, advocates might emphasize that psilocybin is nonaddictive and deaths from overdose are virtually unheard of. We could also point to promising studies at New York University and Johns Hopkins in which cancer patients were given psilocybin as a means to alleviating anxiety and depression surrounding their illness.

It should be noted that those studies made use of a synthetic form of psilocybin administered in precise doses within a highly controlled setting. In addition to taking the substance in a stress-free environment, the patients were also accompanied by therapists with an understanding of how the substance works to promote healing.

Psychedelic-assisted therapy will become a buzzword in the next few years, as innumerable therapists that have been personally affected by psychedelic usage are eager to work with clients at this transformational level. In my experience, not only does psilocybin have the power to unlock powerful, repressed feelings and to reshape our beliefs about ourselves, but it attunes us with the natural world in ways other substances do not.

Beyond brain chemistry and depth psychotherapy, there is a spiritual element to magic mushrooms that isn’t inherent to them, but may be catalyzed by them under the right conditions. This leads us to the elephant in the room: climate change.

In the coming years, we will likely face a global mental health crisis as we come to grips with our increasingly uninhabitable planet. Anxiety surrounding climate change tends to pique when new, doomsday reports are released, but lessens as we put it out of our mind and return to our daily grind.

After all, those of us in the West remain relatively immune to the impacts of climate change, or are only beginning to see its effects, such as violent storms, torrential floods, food shortages, and the like. At some point, we will need to look in the mirror, recognize that we can no longer mute our senses by means of substance abuse, consumerism, technology, or any of the other devices we use to bury our angst, and proceed with business as usual.

Reframing our Relationship with Psychedelics

This process of reckoning, in which psilocybin is a proven ally, requires a reframing of the way we think about psychedelic substances. As long as we regard psilocybin as a “hallucinogen,” thereby signifying that the experiences it can induce are unreal or figments of the imagination, we will continue to underestimate its potential. Likewise, if we think of the psychedelic experience as a “trip,” we will only perpetuate its stigma as a recreational drug and will fail to recognize that which it truly is: medicine.

Like all medicine, it can be easily abused and ought to be treated with the utmost respect. It’s also imperative that we reframe the stigma we typically attach to psychedelic users.

Case in point, that I’ve chosen to share my thoughts on the subject does not imply that I use psilocybin or any other “hard drugs” on a regular basis. If anything, the relatively few psychedelic experiences I’ve had in my lifetime have convinced me that I don’t need them often, as the lessons from a single experience are sometimes hard to swallow and can create a lasting impact.

If a single psilocybin experience could cure opioid addiction, alleviate symptoms of PTSD, help us come to terms with our fear of death, and reorient our relationship with each other and the planet, is it not worth a closer look? Perhaps it’s time we all went down the rabbit hole if only to discover how our insignificance is of the utmost importance. 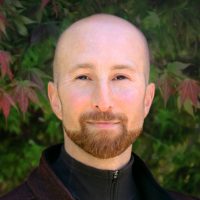 Nick Atlas, PhD, is the Director of Evolutionary Education®, an adjunct professor of Transpersonal Psychology at Atlantic University, and author of The Light Travelers, which… Read full bio

How I Finally Healed from Anxiety with LSD & an “Enlightened” Medical Doctor. What Are Medicinal Mushrooms, & How Do They Work?
See relevant Elephant Video