Less is More. Why tiny house life is the future. 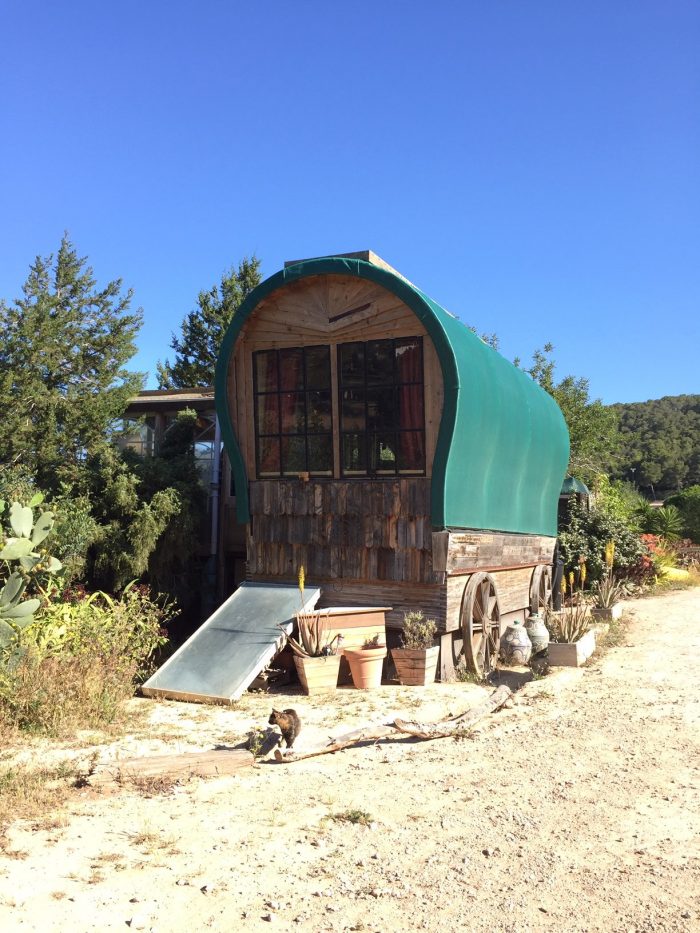 In prosperous times it’s hard to imagine that Western families of ten used to live in a 2-bedroom house or apartment. With the economic growth of the past decades not only GDP per capita has grown, also houses have become bigger in size. We were able to buy bigger houses as economic growth increased and banks began to stimulate consumers — us — to make debts.

I once read that Dutch households are world champions in mortgage debts. No where in the world are mortgage lenders as generous as in the Netherlands resulting in civilians becoming slaves to the banks. Isn’t that dramatic?

A new way of living

Despite the push for more and bigger — and as a protest against it — a new way of living has emerged: in a “tiny home”. We, in the wealthy West, have started discovering we don’t need big amounts of stuff in our lives and wish to live a life free from the need to constantly consume. We know, more stuff doesn’t make us happy. A new wave of “living simply” has been born along the lines of David Thoreau’s “Walden” as an alternative to “bigger is better”.

The tiny home movement started as a social and architectural movement in the United States to propagate living in small and tiny houses — a tiny house is mostly 15 m2 between 50 m2—.

Other countries, such as Japan, New Zealand, Germany, Spain and The Netherlands have followed and the interest for tiny houses has grown tremendously. More and more of us have the desire to live differently and living in a tiny home could be it! The tiny house movement can be seen as part of a movement away from money and property-slavery to a more simple and connected way of living.

The reasons to choose for a tiny house are various: from being (financially) independent and free to become less attached to consume and realizing there’s more to life than working to pay the bills. It creates space to engage in (other) meaningful things. Tiny homes are often located on land surrounded by nature. Therefore tiny home owners tend to be more engaged in their surroundings.

Tiny homes are also solutions for disaster relief and housing crises. For example in West Virginia, USA, after heavy floods destroyed thousands of houses in June 2017, tiny houses were built to re-home the residents. In Malden, one of the places in the Netherlands where people deal with a lack in housing, tiny houses were built to start solving the housing crises and especially to help young people to live in an affordable home. Building tiny homes can bring solutions to societal problems and therefore it’s much more than just living simply.

Reading about tiny houses and their owners I have discovered it’s also more than only living in a small space. In these times of massive and often destructive consumption it evokes questions as, how many things do I need to live comfortably? Do I really need a mortgage and two cars? What makes me happy? How can I live more environmentally friendly and lead a more sustainable life? It questions the traditional life of big houses, mortgages and the obligation to work to pay for all of this.

In short, living in a tiny house isn’t only more financially sustainable than a traditional home as we don’t have mortgages anymore, but it also brings new perspectives on life. A tiny house provides the opportunity to answer the desire to downsize and be more ecologically and economically conscious. In fact, it’s a way to simplify life in a chaotic world where we all have to do and we all have to be so much.

And time becomes a new best friend: time to do projects we desire, time to be together with the people we love and time to be more connected with nature.

My partner, an Eco builder, and I fell in love with tiny homes. Both the creativity in constructing and the tiny house philosophy appealed to us and made him starting to build one. The past three years he constructed a completely sustainable tiny house in the shape of a “Wild West Wagon” at Casita Verde, an ecological centre and community on Ibiza, a sunlit, Spanish island in the Mediterranean Sea.

It’s a 15 m2 showcase of an alternative life: small and sustainable with an attached terrace of another 15 m2, so in total a living space of 30 m2. With energy generated by the sun, water harvested from the rain and heating by the super efficient fire of a rocket stove on winter days.

This tiny house is almost completely constructed of pallets and other up- and re-cycled materials. It’s the first sustainable and ecological off grid tiny home on wheels on Ibiza and an extraordinary way of reducing one’s ecological footprint.

The “Wild West Wagon” meant more to us than just a showcase of alternative living so we decided to give up our beach studio and moved to live this “tiny home life” in the countryside. It already has changed my life. We’re testing this off grid tiny home since last April and thanks to the sunny climate on Ibiza, which generates more than enough energy, we don’t feel we compromise on comfort.

But we are learning. When there wasn’t any sun for five days in a row last Easter, which is rather exceptional on Ibiza, and we’d still plugged in a thirsty fridge, we were out of electricity on the second, heavily clouded day. On such days it isn’t a good idea either to use the electrical water boiler to make a cup of tea every couple of hours. Instead we lit the rocket stove to warm up the house and to make cups of tea at once while staring out the window to the low fog hovering over the green hills.

Our tiny home has made me so much more aware of my freedom and surroundings – the free energy we enjoy and also the rain water we use for washing clothes, showers and drinking water – . Dreaming away or making plans while having long showers belong to the past now. And I’m not sorry for it.