Why I’m Hopeful that the Times Are a-Changin’. 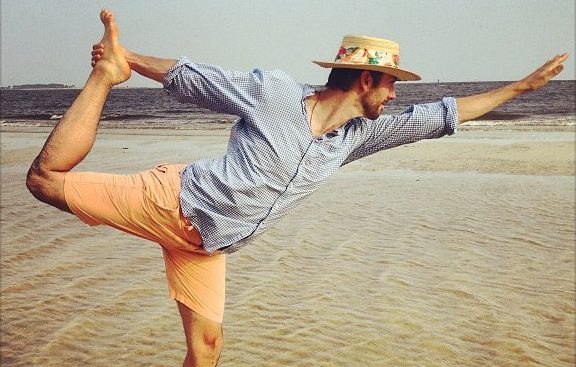 It pains me to admit it, but those words actually came out of my ignorant-ass mouth back in the 80s. Not because I harbored any negative feelings toward the LGBTQ+ community; I honestly don’t believe that I did. I hurled the insults because they were de rigueur for the time and because I was oblivious to the pain, humiliation, and dehumanization they embodied.

Fast-forward 15 years to a New Year’s Eve (or maybe it was New Year’s Day? I can’t remember because I’m old and I eat too much sugar) circa 1998. The phone rang and I was happy to discover one of my closest friends from high school on the other end of the line.

Lewis Perkins had been in the grade below mine (back in the day, shit like that mattered), but because we ran in similar circles and lived only a couple of blocks away from each other, our friendship managed to take root in spite of our disparate positions in the high school hierarchy.

The day Lewis got his driver’s license, he proudly swung by my house to take me for a spin. The gas light went on a few minutes into the drive, and we both had a good laugh over the fact that Lewis didn’t know how to put gas in the car because he hadn’t had to do it yet.

After I graduated and moved to Baltimore, “Lew” was one of very few who—in an age before email or text messages—sent me regular, newsy letters from home. Once he arrived at Washington and Lee University, I became a frequent and reliable “friend date” for dances and parties that happened to catch Lewis in between girlfriends. When I got married in 1997, Lewis (a trained and talented vocalist) accompanied my walk down the aisle with a stunning rendition of “Jesu, Joy of Man’s Desiring.”

So, it was not unusual for him to call, and I was delighted for the chance to wish him a Happy New Year. We caught up on each other’s lives for a few minutes; no matter how long it had been since our last conversation, it always felt as though no time had passed at all. Eventually, though, Lewis made his way to the true purpose behind his call.

I’m in love, he announced.

I was thrilled to hear it. Lew is a wonderful, talented, loving human and one of the most gregarious people I’ve ever met. A running joke among his ever-expanding friend group is that there’s never more than a couple degrees of separation between you and someone else who knows (and adores) Lewis Perkins.

I’m in love with a man, he clarified.

I was stunned, but not about the “man” part. While it had never occurred to me that Lewis might be gay, now that the truth was in front of me, I found I wasn’t all that surprised. What felt astonishing (and, if I’m being honest, hurt a little) was that he was only telling me now, nearly two decades into our friendship. It was my desperate hope that the hold-up had less to do with me (by that time a licensed mental health professional, I had long ceased using homophobic epithets) and more to do with some enduring, collective societal antipathy of which, as a straight woman, I was blissfully unaware.

I sensed at once that my bright, driven, effervescent friend’s fear of living authentically must have been both very deep and very wide for me to only now be learning his truth.

Fast-forward another 15 years. Walking into the Perkins (no relation) Student Center at the University of Delaware earlier this week, I was struck by a new art exhibit lining the main corridor. It took me a moment to take it in: 25 oversized black and white portraits of LGBTQ+ couples, all in various stages of embrace and all with accompanying narratives describing their long-term devotion to one another. The traveling exhibition, begun in 2009 by renowned photographer B. Proud, is entitled “First Comes Love.”

What struck me in that moment was how far society—at least that of young adults—has progressed in the last three or four decades. The University of Delaware, recently named by The Princeton Review as “The Best Party School in America,” is not necessarily a place I would’ve associated with diversity in any form, let alone one that challenges traditional gender and/or dating roles.

And yet there I was, in the presence of these magnificent, touching portraits, each with its own cherished story of a partnership sustained over decades. And, just as incredibly, students, dining service workers, administrators, professors, visitors, and custodians were all simply walkin’ on by like it was no big deal. Just a few old LGBTQ+ folks in deep and abiding love, people; nothin’ to see here.

I know we still have a long way to go. For example, I’m certain I would feel a pang of concern if one of my boys were to tell me he’s gay; it is still, no doubt, a more difficult life in many ways. I know my seventh grader still hears kids at school using the word “gay” as an insult. I know that despite the wide appeal of a candidate like Pete Buttigieg, the likelihood of him being elected president is undoubtedly compromised by the fact that he’s married to another man. Heck, just last week someone stole my neighbor’s rainbow garden flag right out of her backyard (the American flag was left standing). I’ve asked that neighbor, whose son is both gay and a veteran, to please order an extra rainbow for me so that our neighbors can soon be treated to a double dose of gay pride.

But even with plenty of road left to cover, I felt a great sigh of relief as I passed through that hallway, surrounded by all that love. So much ugliness has been enjoying a kind of dark renaissance in our country: xenophobia, anti-semitism, white nationalism, racism. It’s been hard not to feel hopeless in the face of what feels like a giant backslide.

But maybe, just maybe, on this one front, love is winning.

Speaking of winning, last year my amazing friend—these days the proud father of two beautiful children he shares with their two mommies—was honored by Washington and Lee as one of that university’s distinguished alumni.

Described in a November 2018 edition of The Weekly Standard as a “traditional, deeply Southern institution, with cherished customs and honor codes that are regarded as sacrosanct,” that proud bastion of Southern tradition honored the openly gay president of a company dedicated to “dramatically improving the sustainability outcomes of the apparel industry” (check out The Apparel Impact Institute).

All of that has to mean progress, right?

I sincerely hope so, because I’d love for my boys to learn their friends’ truths in something much closer to real time. 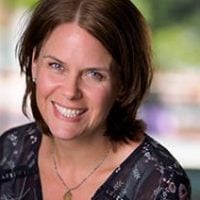