Why there is no ‘choice’ in childbirth.

You wouldn’t let a 6 or 7 year old write your birth plan would you? If you imagine what kind of understanding a child has about giving birth, or how to relate to authority figures, ask for help, cope with pain, intensity and the unknown-it sounds like a joke right?

What if I told you that this is what happens- and is a major, subconscious factor driving what we perceive as ‘choices’ in particular when preparing for our first birth.

Most modern childbirth preparation would have us believe that a successful birth is about being informed, knowing our options and being savvy. We are encouraged to become a good ‘consumer’ first and foremost. We are promised that if we are know enough, make good choices and are respected in them (which can’t always be controlled), that we can have a positive experience. Being informed is a vital piece of preparation- but is it really as simple as filling ourselves to bursting point with the latest evidence based research?

What if it’s more than educating ourselves about birth that’s really what’s guiding us? Pam England author of Birthing From Within and Ancient Map for Modern Birth thinks so.

It’s likely that our first one or two strong impressions about birth are even more influential in what and why we chose what we do. This is something I’ve witnessed as a childbirth mentor and birth story listener, that not only do these early stories drive what we are attracted to, they also plant seeds of trauma depending on whether we achieve our intended goal or not.

My first memory about birth was my own mother recounting my birth story. She knew exactly when she conceived (there was only one time it could have been), but the doctor told her that she was due 2 weeks earlier. They tried to induce labour a few times, but nothing happened. Eventually when I was actually due, she went into labour. I remember her saying ‘I knew when I was due,  doctors know nothing!’. As a child the very black and white ideas I took from this seemingly innocent story was ‘women always know their bodies’, ‘women know more than doctors do’, and ‘I’m never going to let a doctor tell me what to do when I have babies’. I could have just as easily taken on something else from my own birth story about forceps, screaming so loudly that the whole hospital could hear or being cut, but those parts were not what impacted me.

Pause for a moment and guess what my birth plan or ideals might have been even at this point as a young child of around 7 or 8 years old?

It’s probably not surprising that I shunned the traditional medical path by having home births. This also appeared to influence my career choice, as I was drawn to things with a more ‘natural’ approach and became a naturopath. My first birth plan also planted seeds for trauma when I actually needed medical assistance after my first birth. Women’s bodies don’t always work perfectly!

‘Free will’ or Confirmation Bias at Play?

Once we make our first subconscious birth plan as a child, then any information that we encounter about birth is compared and contrasted against this. Without knowing it, we are naturally drawn to certain beliefs, ideas and approaches as well as naturally resisting, ignoring or denying other information that doesn’t align with our beliefs. This is also known as ‘confirmation bias’.

In psychology there is a theory that there is no such thing as ‘free will’. This concept implies that we really don’t consciously ‘choose’ anything, but rather our subconscious processes are behind our choices and decisions. Our lifetime of conditioning, led by those first impressions of birth may well be the driving force behind why we choose what we do, not just the information we gather once we are pregnant, in fact they may even drive which information we seek out, which model of care appeals, which birth class we book in to.

Another large influence on our ‘choices’ is a core underlying human need. Almost without fail, humans have a desire to feel accepted, loved and valued-not by everyone, but by their loved ones or their ‘tribe’. This influence can clash with those early impressions of birth but will also be driven by early conditioning. When we are a child we create very rigid rules about what we need to do in order to be loved and stay safe, that still drives us as adults. They could be rules like ‘don’t question authority’, ‘don’t create a scene’, ‘stand up for yourself’, ‘if you try hard enough and know enough you’ll get the right outcome’, ‘be nice’ and so on.

So, if we are heavily influenced by our subconscious conditioning, that we aren’t operating as freely as we would like to think, what can we do when preparing for birth, to approach it with more personal freedom, from a more holistic and aware place?

Dig Deep and Bring the Unconscious to the Conscious

Seek a childbirth preparation approach that values digging deep, exploring long held beliefs about birth, parenting, relationship to authority, asking for help, speaking up, being nice/pleasing others. Explore our own early conditioning and first impressions about birth, what black and whites rules were taken from these, and how they might influence us if we achieve something that aligns with this, or what happens if we don’t. This process is much more than ‘releasing’ subconscious beliefs with a visualisation or hypnosis process that is often done as part of birth preparation.

Having a conscious awareness of some of the factors and biases we hold, can help us approach birth preparation from a much more balanced and mature place, and have a deeper understanding of the many complex factors at play that influence our experience. 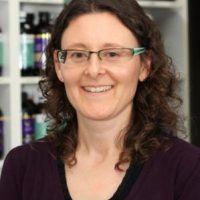 Nicole is an experienced childbirth mentor and naturopath specializing in womens health, fertility and pregnancy. She was the first Certified Birthing From Within(R) Mentor in… Read full bio