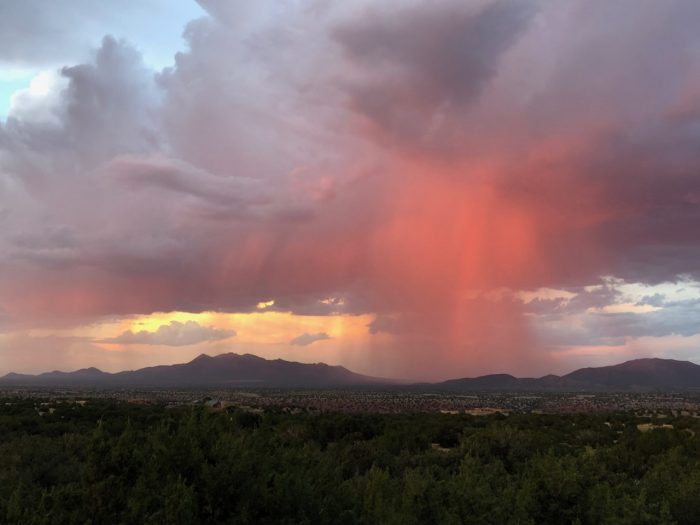 Somewhat randomly a few days before Mother’s Day, I was in a cafe talking with a friend and fellow stay-at-home mom about the bond that is developed (historically between men) in combat situations.

Much has been written about the unshakable bonds that can form when soldiers are under tremendous amounts of stress and situations in which death is a very real possibility.

The reason that some veterans not only find it difficult to return to “normal” societal functioning, but in some cases become depressed, suicidal, anxious, and eager to return to combat duty, has been detailed at length by journalist Sebastian Junger.

What on earth does this have to do with a mom scraping rock-hard dried oatmeal out of a bowl that has been cementing in the refrigerator (as we may normally be lamenting in said cafe)?

Or the average single woman without children coming home from a long day of work and passing away the hours scrolling through social media or dating websites, looking for Mr. Good Enough?

Everything and nothing as it turns out.

One of the reasons that combat veterans sometimes wish to return to the action, to face the very real possibility of death, is to be able to feel fully alive and present.  To do something that has meaning, however misguided that may be given today’s political climate.

How much meaning and life satisfaction are we usually finding in loading the dishwasher for the third time in a day?  In making the same drive to school and sports practices multiple times a day or week? Sitting in a long line of other exhausted commuters, barely knowing which day it is because every day is like the last?

In comparing our lives to those of our real or Facebook “friends” online?

The fascinating thing is, the more connected we assume we are getting through the spread of technology, the bleaker the statistics look.

According to a 2016 article in Business Insider, 11% of Americans over the age of 12 take an antidepressant. In fact, antidepressant use was on the rise in every country sited in the article.

Furthermore, the National Institute of Mental Health reported that suicide rates amongst women in the U.S. are highest between the ages of 45-54 years, a time many believe women are feeling more established in their careers or are finally feeling a release of some of the responsibilities that come with mothering young children.

In the NIMH report, suicide was listed as the second leading cause of death among individuals between the ages of 10-34 years, following unintentional injuries.

In the high desert of New Mexico where I live, the landscape is both stunningly vibrant and starkly beautiful.  It is a place loved by photographers and nature aficionados for its naturally brilliant light and vast expanses of open space.

With that remarkable beauty, however, comes considerable tragedy.  In 2016, the age-adjusted suicide rate in NM was 64% higher than the overall U.S. age-adjusted rate.

These statistics should be startling and alarming to caring members of the human race.  But with a news cycle on steroids 24/7 reporting worldwide death and destruction, it has become the norm that we insulate and distract ourselves with food, drink, drugs, and devices to avoid feeling such overwhelming pain.

Regardless of the outward reasons for mass levels of distress, the internal problem is staring us in the face all the while.  Friends, relatives, acquaintances, and strangers are pleading with you. You may even pause long enough from being distracted to plead with yourself.

When someone is in a highly charged and stressful situation, these questions from the pre-frontal cortex of our brains get put on the backburner.

The amygdala, the oldest part of the brain that developed to ensure our survival, takes over.  It sends us signals to do whatever it takes to survive. It automatically shuts down some bodily functions so that we can fight, flee, or freeze if necessary.

When you’re going into combat, this is very useful.  When you’re in the school drop off lane or trying to locate a matching pair of socks, not so much.

With a highly activated nervous system, we generally aren’t focused on those deeper philosophical questions.  We ignore the inner longings that tug on the heartstrings and create a fierceness in the spirit.

While staying safe serves a purpose, it’s a flawed one.  It’s one that I aligned with for a very long time.

But what eventually comes from this is a few possible outcomes.  You become judgemental of others to deflect being judged. Your iron-clad emotional shield becomes so strong that people give up trying to get close to you.

You become more isolated in your pain and sadness because no one knows how deep into it you’ve sunk.  You push people away before they can get to know you. You live without truly feeling or offering unconditional love.

That’s pretty bleak.  Is it any wonder why we sometimes remain in chronic fight, flight, or freeze?  It feels awful-like you’re jumping out of your skin at the slightest sudden noise or touch.  You fly off the handle at the slightest provocation. You feel helpless and hopeless to change your life.  But to an extent you’re also safe in this state, knowing that you can immediately and instinctually react.

For some people, the decision to change is made abruptly and instantaneously due to a life-altering event like a medical diagnosis or a sudden epiphany about the path they are on.

For others, even the idea of change can seem overwhelmingly impossible, like it would require a shedding of the skin and the creation of an entirely new being, akin to crawling out of your old body and into a new one.

It is in this place that we can become trapped, feeling like no amount of effort can get us there.  Like we have no other options to get away from the pain. Like we are underwater and can see the faint light at the surface, but our clothes are so heavy that we can’t swim.

Is the unbelievable (and sometimes almost unbearable) struggle worth it?  Could it end up being the hardest thing you’ve ever done?

Will there be others like you on the other side, waiting to see who you become?

We sometimes let ourselves be scooped up in the net of other people’s opinions about us.  While you may have a few people you are close to whose opinions do matter, they are still just opinions.  Ultimately, you get to decide who you want to be and what you want to do in this lifetime.

So if excavating stuck-on oatmeal or sitting in traffic day after day isn’t enough to create that spark in your soul and that purposeful intention in your heart, you have every right to find something that does. 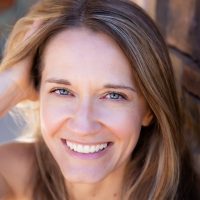 Meghan Bass-Petti is a therapist, wellness life coach, yoga teacher, writer, nature lover, and mom. She believes there is inspiration to be found in everyday life if you just … Read full bio