Late Bloomers Rock! Why Life gets Better After 50.

Oldsters are the new black.

Anyone over 50 is of rare value and in a league of their own.

Money can’t buy history or authenticity or experience, not all the money in the world.

There is no other way to get to be old, than to live yourself there. It just can’t be faked—it is the very essence of what writers and filmmakers and influencers around the globe are always seeking—it is the real deal.

Far from becoming obsolete, older people are more relevant than ever, more emotionally complex, with better stories, and smarter jokes. Which is pure, commercial gold, if you care about that sort of thing.

Haven’t accomplished all your dreams yet? Don’t panic—our later years are the time to shine in a way that young stars just can’t. How could they? They don’t have the wisdom, the experience, or—let’s face it—the pocketbook to shine like a 50-something can.

Life was different then, especially for women, and it was in my conditioning that marriage, children, and a college degree were all critical. Psychologically, I breathed a sigh of relief when I managed, at last, to hit each one of those marks.

But soon, that satisfaction wasn’t enough. I felt that I’d done what society told me I should do, but I also felt trapped—doing the same menial tasks repeatedly. I felt like there wouldn’t be anything different until the day I died, and I panicked—I hadn’t done many of the things I wanted to accomplish in life, but with a family to raise and a job to work, how could I?

The harsh truth is that raising a family means, along with the joys, at least 20 years of extremely grueling, unpaid work, 24-hours-a-day, 7-days-a-week, 365-days-a-year.

I didn’t do much else for 23 years. The work is never over, and you kind of forget who you used to be, and it can start to…wear on you.

Elbow-deep in dirty dishes, you wonder if this is it because it feels like it.

It feels like you’ll never get the oatmeal out of your sweaters, the cat food out from under your fingernails, the sandwich out of the carpet, or your hair out of that awful, tangled bun it’s been in for the last six years.

It feels like any creative chops you might have had as a younger person are beyond rusty—they are just plain gone. Probably irretrievable. Besides, who has time? You’ve got to get the kid to school and the dog to the dog park.

Impossible to truly anticipate properly until it arrives, the empty nest changes everything. Children do grow up. They do move out. You do suddenly have time and perspective and new energy—and a clue! You have a far greater understanding of yourself, your strengths, and your limitations—and that is when some of the best blooming of your life can occur.

Remember what you used to love? Maybe it’s horses or painting or skating or playing an instrument—whatever it was, it’s waiting for you. It’s never too late to revisit those things, pick them up again, give them a twirl, a whirl, and oil those rusty chops.

The excited, talented you is still in there—and guess what? She’s even better than she used to be!

Before those family milestones, I lived an adventurous life. From the age of 22 to 29, I was in a punk rock band that played local shows almost every weekend and traveled around the States on tour. I also lived in France for my junior year of college and graduated with a degree in French.

Then, I got married. Screeeeeeeeeeech. After a few years of diapers and the dog park, I thought my glory days were over forever.

Some of the hardest days of my life, at age 50, also happened to be when I started menopause. Ugh! I can’t tell you how un-glamorous life was. How uncomfortable, how overwhelming.

Perspiring constantly from hot flashes and night sweats, suffering from migraine headaches and debilitating back pain, and completely depressed, I was a total mess. It really felt like life might be over, that’s how crazy menopause is.

But, trapped in bed, I had few options. And so, during that time—in order not to go out of my mind—I started writing. My two novels, Bridge of the Gods and Return of the Evening Star, were both written while I was stuck in bed in a moldy basement bedroom, hardly able to walk, feeling as if my life was over. Writing those fantasy novels was my escape, my way out of that dark basement and my broken, painful body.

Independently published the following summer in 2017, Bridge of the Gods went on to win the Silver Moonbeam Award for Pre-Teen Fiction and was a finalist for several other prestigious awards, including the Oregon Book Award for Children’s Literature, and the Gertrude Warner International Award for Middle Readers.

I am still completely in shock and in wonder at it all. It’s truly miraculous to come out of that dark hole in the ground to this kind of sunlight and promise. And best of all? The success of Bridge of the Gods has given me the confidence and desire to continue creating, and learning, and to never look back.

I started drawing and painting again and making the spray paint stencils I used to love in my band years. My walls are filled with bright, new artwork, and I’m looking for a place to show them this year. I also put together a new band—a punk band called Old Death. And we rock! Older, wiser, more pissed, and with better equipment, we can rage harder (and smarter) than we could at 25. Plus, we can afford hotel rooms now!

Truly, blooming later in life is the best.

To think that a person is washed-up or has nothing to give after mid-life is ridiculous. There are so many stories you can tell only after that age! It’s the only time in life when you are both interesting and have the wits and know-how to get things done properly.

Also, with age comes a new awareness of mortality which really tends to kick things into high gear. The elder me is so much more productive than the younger me ever was. Thanks to menopausal insomnia, I get more done before 3 a.m. than the 20–somethings do in a week. Often, in the wee hours, I’m enjoying my first cup of strong coffee, writing a chapter, cutting a stencil, or laying down a track on GarageBand while younger people are snoring away in their beds or returning home to sleep it off. Stealth grandma!

History is full of famous late bloomers, and we should all take inspiration from them. Some shaped the world we know today but would never have had a chance if they’d given up too soon. Charles Darwin, for instance—the first scholar of biology, the man who illuminated the concept of evolution—didn’t even get started until age 50.

One of my favorite writers and historical figures of all time, Laura Ingalls Wilder (aided by her daughter Rose), didn’t publish her first book until the age of 65! The last in her Little House series wouldn’t be published until she was 76-years-old.

World-renowned chef Julia Child published her book at 39-years-old, and her television show didn’t launch until she was 56.

More recently, the actress Kathryn Joosten, who worked as a nurse for decades and didn’t start acting until the age of 56, won an Emmy Award for her role on The West Wing at age 60.

So, if you haven’t made all or any of those goals or milestones yet, don’t fret and don’t give up!

Dreams can lie dormant for years, but they will come to life if you tend to them.

Dreams are like seeds, waiting in the soil for water. Water them. Start wherever you are—just start!

And remember, the older you get, the more you have to give. At 52-years-old, I’m proof it’s never too late. 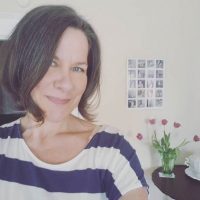