Recycling Won’t Save Us—but This Change of Habit Might.

Today, recycling is a big conversation that didn’t exist a few generations ago.

A big part of the problem is caused by the packaging of the food we eat, which is the focus of this inquiry.

A move away from packaged foods is a more enlightened way to tackle the recycling problem than recycling.

“Processed foods” are generally packaged. Potato chips come in a bag, while potatoes are loose in the produce department. Over the last few decades, even the way we regard processed foods have changed. During the pre-60s generation, the term designated unhealthy food as compared to “whole food.” With the hippies began a move away from processed foods toward whole foods or natural foods. Next came “healthy” processed foods, and the negative regard for processed foods faded.

Whether it is a supermarket or a natural food store, the fact is that processed foods take up most of the floor space. Shelves packed with packaged-process foods occupy almost all the floor space, with a fresh produce section off to one side.

If you want a conversation opener, why not compare the simplicity of recycling an apple core or orange peels compared with a “fruit bar” wrapping, or a husk of corn compared to a cornflakes box. The point is that the way to solve the recycling problem is through changing the way we eat. What if we challenged ourselves to eat only unpackaged food? How successful would we be?

Processed foods are packaged and created in labs to increase craving. Whole foods are produced by Mother Nature and, sadly, have become an acquired taste. Rather than reach for an apple, kids reach for a bag of chips. Mother pours orange juice for breakfast, rather than set out a bowl of fruit. Who will reach for a banana when a bag of banana chips is sitting arm’s reach away? Our choices are all due to conditioning, and, in our quest for unique flavors, we have lost our taste for the whole foods nature offers us.

Moreover, advertising experts produce packaging that has disturbed our innate attraction to the beauty of a banana or the wonderful, tactile sensation of peeling an orange, dividing the sections, and eating it. Touch is an important yet forgotten aspect of enjoying food. What is tactile about pouring orange juice from a plastic jug? What price do we pay for convenience?

Foods like cheese and milk and yogurt come immediately to mind as more challenging to find unpackaged. But even these, if you think about it, can be purchased in bulk in some stores, and if more people demanded it, the practice would be more common. To the credit of many stores, food is offered in bring-your-own-bag forms. Cereals, for example, are available in bulk bins, as are many other foods, for those who wish to seek out those stores that offer a bulk shopping option. If more consumers demanded it, it would be easier to find these stores.

Recycling, like other problems, is solved by getting at the cause, and a good portion of the recycling problem is our movement away from whole foods to packaged, processed foods. While it may require some discipline to live on unpackaged food, it could be a source of joy and better health to take the challenge. Being able to eat a bud of broccoli, a carrot, sliced bell pepper, or a big red apple and experience the infinite variety of flavors and fragrances offered by foods just as Mother Nature prepared them will not leave us disappointed.

When I eat a fruit bar or nut bar, I don’t have a clue what I am eating because flavors are crashing into each other. But eating a handful of almonds, one by one, spitting the halves in my mouth, is a joy because an almond has so many flavors, and they all go together. I can relish each almond and think about the tree that offered it and the fact that the single almond I am eating is a nucleus capable for producing an entire tree. When I bite into a nut bar, I cannot do that.

If we want to solve the recycling problem, we can begin by remembering what whole foods are and making a conscious effort to eat unpackaged food. If consumers start demanding unpackaged food, bulk food will be increasingly available. There will be far less waste, and we will feel good about ourselves—morally, physically, and mentally.

There is nothing that connects us better with our food than eating it in its natural state. Sitting with a plate of boiled russet potatoes with a spoon of Himalayan salt and ground chili pepper, eating them one by one, is an experience far superior to sticking one’s hand into a bag of chips.

Eating is a sensual experience. When Gandhi was asked why he ate with his hands (he was the guest of the Queen of England), he replied that the British like to see and taste their food, but Indians like to touch it as well. Every food by itself is a fourfold experience of sight, smell, taste, and touch. And we can only truly appreciate this when we rein in our craving and seek out the whole food experience.

We must reverse decades of being hoodwinked into believing foods designed by manufacturers can please us beyond what nature can do in all her simplicity and begin making new habits to help us realize we have forgotten the superiority of “natural foods.”

Manufacturers created the waste problem, and we, the public, have been willing accomplices. Clever advertising has led us away from our natural craving for truly natural foods packaged by nature, beautifully.

The choice to return to the source is ours. We can make a difference, but to do so we must try. 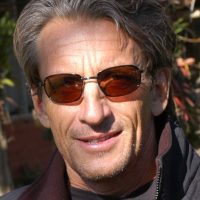