Recently, two large social media giants, Apple and Facebook, have publicly admitted their concerns that your smartphone is making you antisocial, unhealthy, and that their technology is designed to hook people using the same neural pathways as gambling and drugs.

In fact, both Chris Marcellino, who was one of the developers behind the iPhone’s “push notifications,” as well as Sean Parker, ex-President to Facebook, recently admitted that the world’s bestriding social media platform was designed to hook users with spurts of dopamine, a complicated neurotransmitter being released when the brain expects a reward or receives fresh information.

In other words, we live in times when the “norm” for the average user is to look at their iPhone a minimum of 150 times daily, even though they believe it is only half as much as they actually do, which can equate over an average lifespan of seven years, states Eric Andrew-Gee.

The developers of this technology knew this dirty little secret, but despite this knowledge went ahead and developed it anyway with great financial gain for themselves.

The term “addiction” has traditionally been reserved for those who fall prey to being addicted to drugs and alcohol. In recent years, we have learned that “process addictions,” which include gambling, food, sex, codependency, gaming, and social media can be just as problematic as the original definition. They can cause severe harm to individuals and families at a great cost, which is no different than substance abuse.

So, you may think by now that this may seem like an innocuous problem and there are lots of issues to really be concerned about, but let me be clear: if Facebook and Apple have concerns, so should you.

Now, I don’t want to completely bore you with data and statistics, but I will provide a high-level overview of why you need to worry:

With two billion users worldwide, Facebook, although well-intended to increase connection, has its drawbacks, and we have now created a culture of zombies who would prefer to look into the screens of their iPhone when walking, driving, or riding in an elevator rather than lift their head, smile, and simply say hello!

We are losing the ability to communicate in a “live” manner, leaving us feeling less connected and socially inept as well as the lack of connection impacts directly on our overall health and happiness.

This is not just only happening in our personal lives, but it has infiltrated into our business lives as well—with Zoom conferences, telemedicine, and Skype being mainstream tools for business. I do believe there is efficiency for this type of technology, but more often than not, it is not utilized in a balanced manner.

Not to mention the countless motor vehicle accidents that could have been prevented, had someone not had to text and drive or take a call when their eyes needed to be on the road.

When I entered into recovery, it struck me that substance abuse had become my solution, albeit not the most effective coping strategy, and that my behavior often had a purpose. It kept me from connecting to the underlying feelings and from understanding the underlying issues which drove me to “act out” in the first place.

In other words, it was a coping mechanism so we could avoid feeling what might be painful and uncomfortable for us.

So, tell me how being constantly distracted and preoccupied with technology is any different from substance misuse when something is overriding our consciousness and is highjacking our brain?

This is where the lines blur and can become outright dangerous. It seems so innocuous—it’s part of everyday life, and who doesn’t utilize technology? It’s kind of like a herd mentality; just because everyone is doing it, doesn’t necessarily mean it is in your best interest to do the same, and you may wish to consider a different approach.

It is no different where alcohol it is embedded everywhere into our culture, so much so if you don’t drink alcohol there must be something wrong with you. We celebrate just about everything in life with alcohol including births, weddings, coming of age, funerals, country weekends.

I am not putting judgment on whether someone does or does not drink alcohol, but we must remember that alcohol is ethanol which is a poison to the body. Which brings me to my original point of “herd mentality,” just because everyone is doing it doesn’t necessarily mean it is in your best interest or that it is good for you, or you have to join in as well.

By now you may be asking what can you do when everyone around you is doing it? You can:

Designate times and places that are technology free zones. You can start easily with no phones at the dinner table.

Know your corporate policy at work. Maybe at your next meeting, put your cell phone away, lead the way.

Set some rules around what fits you and your family. Experiment by taking one day a week from being plugged in—yes, 24 hours of no Wi-Fi, iPhone Gaming, or TV—witness what you experience.

By now, you may be thinking it might be a good idea to get a head start on this trend as there is much discussion worldwide as to how to best manage the damage of being plugged in 24-7.

The way of the future is to encourage all of us to be more connected and that doesn’t mean just virtually anymore. Currently, there is a global movement emerging as government leaders, businesses, educators, and Facebook and Apple developers are becoming socially conscious and formulating policies as to how to mitigate the damage that too much technology can cause.

They are trying to awaken us to the potential damage and empower us to walk through our lives more mindfully, and just maybe, we may all have to disconnect to reconnect.

For help in addiction recovery, you can access this free Daily Practice tool. 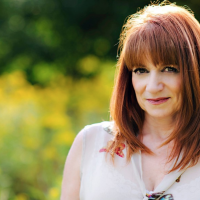 Jeanne Foot is a certified addiction and recovery specialist with more than a decade of international experience in the field. As the founder of The Recovery Concierge, she ha… Read full bio