The Magical result of matching our Heart Chakra with our Third Eye.

I’ve had a lifelong struggle between my intuition and my logical brain.

I’ve wondered if there were others like me, people who have let logic rule with regret.

Have you ever heard a little voice in your head telling you not to put that coffee cup on the edge of the table, ignored it, and found your favorite mug broken within minutes?

Or maybe an internal warning to drive home on Maple Street instead of Main Street, only to get stuck in a traffic jam after neglecting your inner nudge?

Yes. That was me—for years.

My yoga training tells me that intuition arises from the third eye chakra, known as ajna, the sixth chakra. Here, we can all access information “beyond wisdom,” or better said, beyond what we’ve been formally taught. An open sixth chakra can help with clairvoyance, telepathy, lucid dreaming, and visualization.

In my younger years, I shut this information down. I called it coincidence and dismissed it. My analytical Virgo mind had no way to rationalize what flowed to me.

For instance, in my late 20s, I was in a car with friends on my way to the Jorgensen Center for the Performing Arts at the University of Connecticut to see Tito Puente. I suddenly voiced the thought that he would not be there. My friends laughed, and so did I. We arrived, parked, walked to the door, and were met by a flood of people exiting the auditorium. We were told Tito’s plane was grounded in New York due to snow and there would be no performance.

I got drunk that night, which was quite uncharacteristic of me, but was a great way to suppress that inner knowing.

Several decades later, with lots of experience in shutting myself down, something happened that changed me forever.

My beautiful, intuitive Pisces mother died at 58 years old. It was rather sudden.

I had to sign papers with hospice to unplug life support. I watched her die, and it broke my heart—the feeling center I had carefully armored up all those years to avoid emotion—wide open.

She and I had a great relationship, but secretly, I thought her heart-centered life decisions rather foolish at times. I felt myself a bit superior in my love of logic. It was a magical gift she gave me at the end, opening the door to my heart, and I am forever grateful.

You might be wondering what an open heart chakra has to do with intuition.

When our anahata chakra (the fourth chakra, or the heart) is open, we flow with love and compassion, we are quick to forgive, and we accept ourselves and others.

In my grief, I turned to yoga and learned to access the still place within me through meditation. As I slowly healed, I began to appreciate and accept all my senses.

After decades of disconnection from the voice of my intuition, I finally tuned in. To my delight, life is smoother when I don’t let my brain overrule this subtler sense that speaks to me softly. The thought process can be loud and demanding of attention; it speaks with firm authority and it’s easy to hear.

Intuition is subtler, much quieter, and simpler to ignore. Intuition involves tuning into my body and feelings.

Often, it’s a sense in my gut, one that sits me down and insists that I take notice. Sometimes, it’s a persistent thought or idea that comes at the oddest of times. Maybe it’s accompanied by sighting a number sequence. Other times I “see” an idea in my mind’s eye while meditating.

For others embracing the intuitive path, I’ll share some wisdom to assist on the journey:

1. Meditate daily—even five minutes to clear mental clutter.
2. Practice mindfulness—learn to look at old things with new eyes.
3. Pay attention to your body—it sends messages that we can’t hear when we’re focused on thoughts.
4. Get out in nature—you’re an animal, act like one! Getting re-connected to the earth revives our instinctual skills, one of which is our protective intuitive nature.
5. Control the static—shut off the TV and reduce the noise of others’ thoughts.
6. Question everything you’ve been taught—does it “feel” true?
7. Clean up your diet—the effects of fake food are real.
8. Ditch toxic relationships—they require that we armor our heart and they shut us down.
9. Accept yourself—we are all a work in progress with gifts and challenges.
10. Practice—test out your intuitive feelings. It’s easier to trust them when they prove to be true!

I’m still getting comfortable integrating intuition with my thought process—I’m wired to overthink! Practicing tuning in to my subtler senses has brought me smoother days, saved me money, and enhanced relationships.

Life is easier when I’m mindful of how things “feel.” 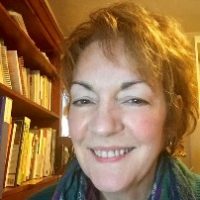 Five Habits to enhance our Psychic Intuition—Advice for Skeptics. Think You’re not Intuitive? 5 Easy Steps to Prove You Are.
See relevant Elephant Video