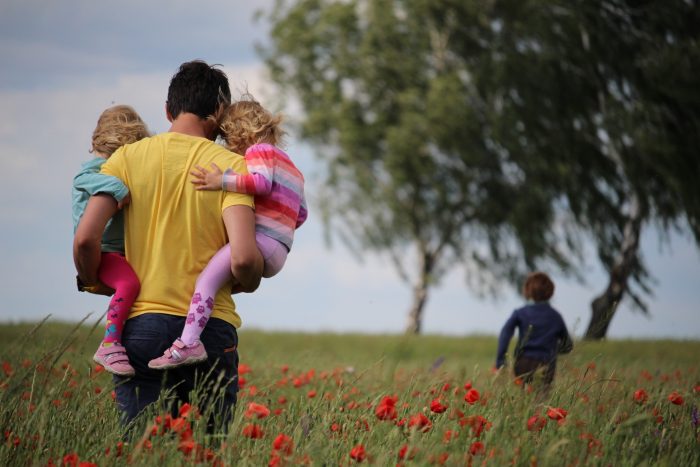 What is Father’s Day for those of us who have no memory of a father? Some have lost their fathers; father died or left. As a child, I wondered about fathers. Did I have one? Where was he? What would he have wanted for a Father’s Day present? I wondered what my days would have been like if a father had lived with us.

What is a father?

What exactly defines a father? The simple answer would be the father is the being who provided the sperm to fertilize the egg that became a child.

What about other fathers? Those who adopt or foster children they have not “fathered” are fathers. They may not have provided the sperm; they are still considered fathers.

Consider the men who marry into a ready-made family, marrying the mother of children born during a prior relationship. Those children already have a father, or had, and have now gained a new one. This relationship can be fraught with discord. Some men may be welcomed as a stepparent and celebrated. Some may not. Officially, that person is a stepfather, who is by definition a father. Yes, celebrate Father’s Day.

What does a father do or say? I had no idea–I didn’t know what was missing in my family until I met some other fathers, or learned of them from my peers.

Who is my father?

I have spent most of my life trying to imagine “Father.” The man who donated sperm that created the fetus that became me, as well as those that created my brothers, died when I was four years old. I suppose I called him Daddy; I don’t remember—he just was. When a child is four, that’s how it is. Life is the way it is without consideration or argument or labels. It just is.

I remember this person who lived with us and went to work and came home dirty and read stories to us while we sat in a really big chair. Daddy took pictures of us just before he left. We even had a professional portrait done of the four of us. He took them with him. I have a letter he wrote to me—sketches of his life wherever he was—a stick figure person taking a shower with water in his helmet, pouring it on his head. So I know he thought of us. 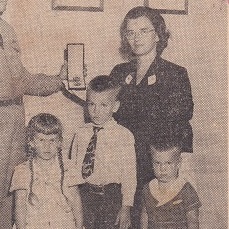 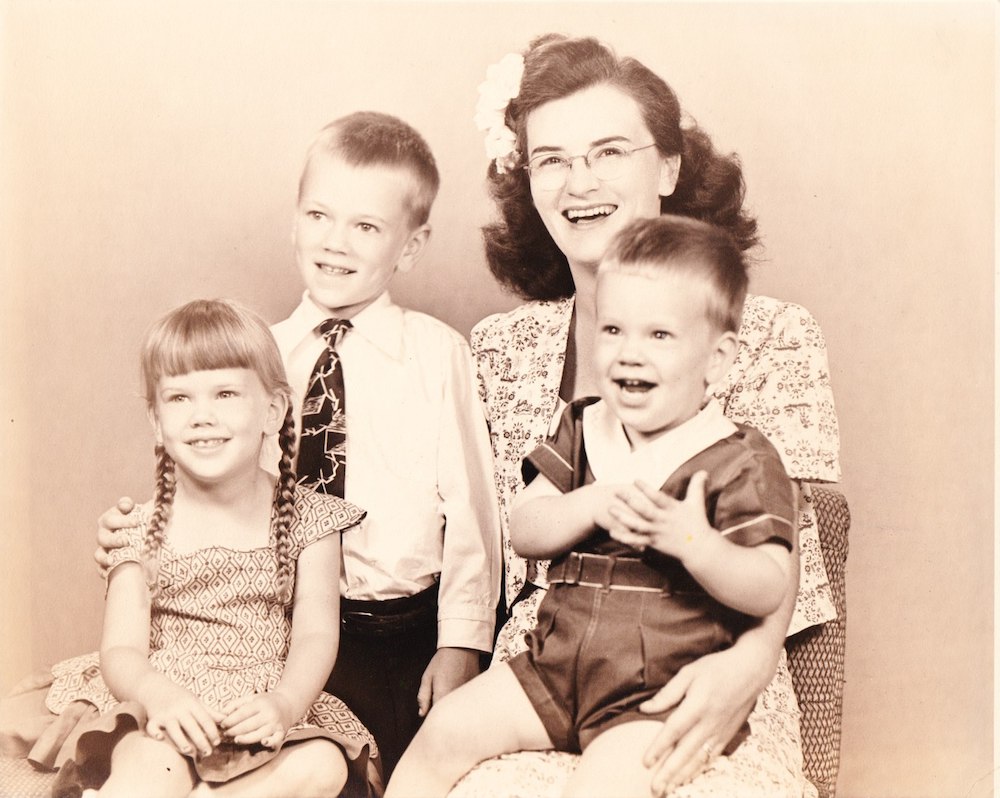 I remember the men who told my mother Daddy wouldn’t be coming back, although I don’t remember having any notion of how that affected me. I just know it really upset my mother. She was hysterical, suicidal, stayed drunk for most of a year. She was not a happy Mommy.

Before I started school, I had an imaginary father, the one who wasn’t there. I was really angry with him for upsetting mom, for not coming back to live with us. I knew nothing of war or soldiers or enemies or guns. I just knew he was a really bad man, and I was glad he didn’t live with us.

As my life opened to include more friends and more families, I met a lot of dads. Some of them were quiet or not present when I visited. I don’t remember any of them. I don’t think they paid attention to the children visiting their children. Maybe I don’t remember because my rose-colored glasses blocked out fathers. I don’t remember feeling the need for a father.

Perhaps Mom fulfilled whatever needs I had. She raised me to know what it is to be a strong, independent person, to survive inside of whatever circumstances defined our reality. I was destined to be that—independent for sure, sometimes strong.

As the years passed and I became more of a being separate from family, I thought about who I might look for to become a father to my children. (It was given that I would marry and have children. After that, I could be strong and independent!) When I married, I expected the father of my children to fulfill my expectations. He had a father. Surely, he would know how to be one. Wouldn’t he? Maybe not.

What about Father’s Day?

In the family of my birth, we never celebrated Father’s Day. When I married and became a mother, I didn’t know quite what to do for my husband to celebrate that particular day. He was not too happy to be a dad, didn’t particularly like birthdays, and I didn’t have any family traditions to fall back on. So I’d get him a six-pack of beer and call it a celebration.

Around Father’s Day in 2003, I found out who my father was and how he died. I learned he was a night photographer, stationed in South Korea. He and his crew were returning from a reconnaissance mission on a foggy morning when they crash landed due to inaccurate readings they had received from the flight tower. They were given coordinates that had them landing below actual ground level. The crash landing killed my father immediately. The rest of the crew survived.

I found and spoke with the pilot, the co-pilot, and the EMT who had pulled my dad out of the plane. I felt empathy for the rest of the crew, understanding what they must have experienced at the time. It was a great feeling to be able to connect with the people who knew and respected my father.

The pilot was charged and detained, once he recovered from his injuries. The cause of the crash was finally determined, and he was exonerated. He left the service as soon as he completed his obligation. He was still angry about the whole incident fifty years later. He remembered my dad! He told me he had heard about Dad’s family—me! —and remembered playing cards with him. My dad drank Cokes, never beer or hard liquor.

I went to Arlington Cemetery, visited Dad’s grave and attended the celebration of the fiftieth anniversary of the Korean armistice. When the bagpipe players marched into the amphitheater playing “Amazing Grace” I was finally able to grieve for my father, to thank him for being the source of my life.

I now celebrate Father’s Day. My son is a father, my husband is a step-father, and yes, I had a father. I remember him now through the thoughts and emotions and pride of an adult. I know who he was for my mother, for my country, and for his children.