How to Fart in Public.

Many moons ago, my girlfriend and I were standing at a kiosk booth signing up for a new cell phone plan when a rogue fart penetrated our noses.

It was one of those farts that the person who squeezed it out hoped to go unnoticed.

But not this one. It stayed.

It wanted us to know it was there. It wasn’t going anywhere. It was hanging around just hoping to be talked about, like a bad soap opera on daytime television.

It was one of those awkward moments when two of the three of us didn’t have any clue who dropped it, and we were all trying to keep straight faces and act like we didn’t smell anything.

I just assumed it was the guy—because girls don’t fart, right?

The best part of the whole scenario was that none of us could just jump the stinky ship and swim to better smelling land. We all had to stay there and linger in it since we were in the midst of a transaction. And, more awkwardly, we all know it’s there but no one speaks of it.

Why not own it? Or blame it on a passerby? Nope.

After we finally finished the transaction and were walking away, I said to my friend, “Can you believe that guy? That smelled so bad!” My friend started laughing and confessed it was her who had farted.

A lesson in Farting 101 that day: don’t fart in public if you can’t walk away from it.

And that brings me to the most important lesson in how to fart in public:

Do it while walking.

This technique is highly effective in disguising farts. Some of us know it by another name: crop-dusting. Like, as in, spraying the crops with pesticides from the air.

So, to easily do this, picture your butt as a plane and your fart as the pesticides. But instead of spraying crops, you spray anything in your path—and without anyone knowing. It is important to know that this technique only works well if it is done silently, unless in a loud area where the noise won’t suddenly stop right when you fart. (Don’t try this while a hymn is playing at church—we all know sometimes they skip verses.)

And no, this is not why they call their benches “pews.” Although my brother thought so, and the priest was not amused.

Here are some frequently asked questions, or thoughts, rather, about farting in public, and their answers (actually, most people don’t ask; I’m just reading minds here):

How do we know if our fart is going to come out silently?

Answer: You don’t. But there are ways to increase the chances. Try keeping the butt cheeks relaxed. The more you squeeze, the more likely for it to squeak out or make noise. And don’t drop it all at once. Let out little bits as you walk. This makes them less concentrated too and less likely to track back to you. You gotta spread it out.

How do we know if they are going to stink?

Answer: Again, you don’t. But you can take a gander on the chances by thinking back to what you ate for your last few days of meals or if you’ve had regular or frequent bowel movements. Because we all know, the longer that sh*t’s been in there, the worse it smells.

And if you’re a big meat eater, go in stride—meaning, use caution. Or if you’re doing one of those high protein diets, I don’t recommend farting in public at all. Save it for the restroom or your car (with the windows all the way down). Trust me on this one; don’t do it. Meat takes longer to digest and sits in there longer, and when you’re eating mostly protein it just compiles on itself.

Do we wait to see if it smells before we move?

Do we own it if people notice?

Answer: This one is up to you. Personally, I would own it. I like awkward moments, and I usually cannot stop myself from laughing anyway. No shame. There is always the option to let others believe it’s your kid or your grandparent who is tagging along—many times they do it without realizing it anyway.

The mention of old folks brings us to how I got started on my public farting journey. It started when I was in high school and worked as a nursing assistant at my local nursing home.

There were so many bad smells there all the time that I had the freedom to let ‘er rip any time I felt the need. It was great because it’s nice to be able to allow the release whenever we need it. It is an important bodily function.

And now, being a nurse, I ask patients on a daily basis if they are passing gas and, if they are, we celebrate. It’s nothing to be ashamed of—it’s healthy!

So, let’s allow ourselves the sweet release, keep ourselves functioning well, and fart in public. 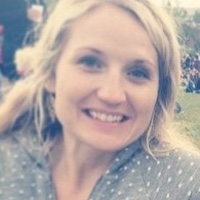