The catalyst for founding this organization was his personal experience in losing a Senate race in 1986 against John McCain. McCain won with a 20-point lead.

He credits his loss to the negative press he received during the race. One local newspaper report contained reference to his “terminal weirdness.” This style of reporting cannot be held solely accountable for his loss. He may not have been the best candidate for the office.

His response to the loss is what was important. Kimball losing the race was the catalyst for creating an easy-to-access voting database. The idea behind the database was to create a transparent, bipartisan information gathering option for voters who would like access to the current candidates’ voting records. The top issues covered include, but are not limited to, campaign finance, guns, abortion, climate change, immigration, national security, the budget, and health care.

Again, the idea was to create transparency so voters can cast an educated vote for the candidate who resonates with themselves most, not the candidate with the best press, remarks, or sound bites of the day.

The renowned founding board members included previous presidents Jimmy Carter and Gerald Ford and senators George McGovern and John McCain. (If you would like to explore a more in-depth record of your candidate’s performance, there are websites like GovTrack.)

Considering 45 won on a well-marketed campaign capitalizing on the fears of middle America and a calculated email leak, outside influence is something every voter should be mindful of. Voters need to be wary of possible filters that may cloud our decisions. It is time to make America united again, and casting an educated vote is the first step moving forward in that process.

I have felt compelled to write about the Democratic primary long before meeting the top candidates through press interviews and watching the debates. I have been pondering how to best present the issue of informing oneself since the end of 2016.

Most people reading this will remember information leaks coming out of nowhere at a crucial point in the election process. This was to blame for a sudden turn in confidence in Clinton. A source leak that was not verified was the imperative influential factor leading to the election of Donald Trump.

So, what can we do to ensure this type of upset can no longer influence the life-altering trajectory for an entire country? We can get behind our candidate (whether Democrat, Republican, Green Party, or other) in a more engaged and personally responsible fashion. We need not settle for the candidates who run; we can control the process and selection of the candidates.

Interference is less likely, though not impossible, when we get behind our candidate with a strong show of support early on. We are better able to do this when we are informed with our candidate’s track record and less likely to be swayed by spin, commentary, or other more dubious sources.

How do we address the candidates who do not have experience in serving in public office? We can still arm ourselves with enough knowledge to make a responsible decision through diligent effort and examination. We can examine the two politically inexperienced candidates character and suitability through researching their backgrounds and what they have achieved. Watching interviews discussing their plans and proposals can be effective in determining whether either is a viable choice. We can also spend time on their personal websites presenting their proposed policies.

There are many firsts in this election season. The first Pacific Islander and practicing Hindu, the first gay male, and the first Asian American all running for Democratic nomination. The first time Spanish was spoken during the debates. The first time we have six women running at one time.

I know I have a few personal favorites, but I feel confident in standing behind any of these fine people willing to serve and unite our nation. 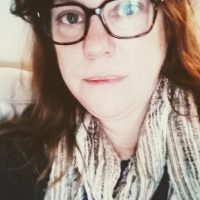 Susan Light is an avid hiker, prolific writer, and educator. She is a passionate fan of the beat writer genre and local theater. She is an innately curious individual who love… Read full bio