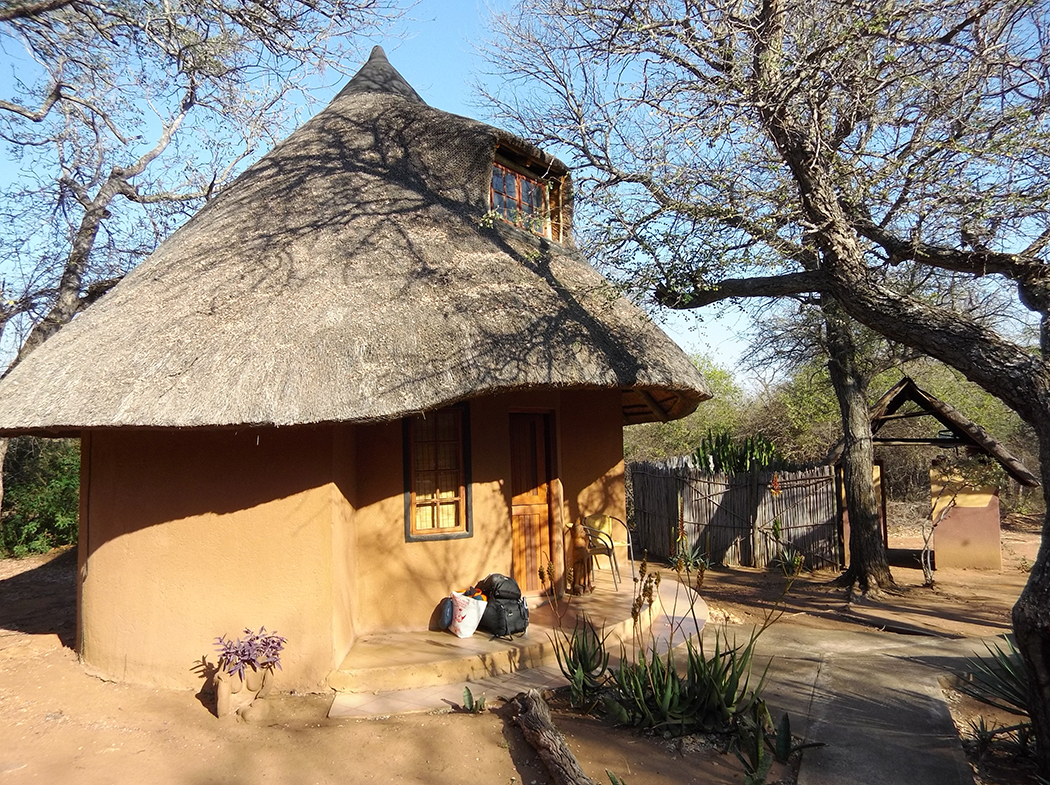 “The light was changing. Low down in the east, Aravir, the morning star of Narnia, gleamed like a little moon. Aslan, who seemed larger than before, lifted his head, shook his mane, and roared.” ~ C.S. Lewis, Prince Caspian

Nervous and excited, I throw on long underwear, cargo pants, winter coat, and fuzzy hat, then open the door of my rondawel.

The sky is remarkably bright with stars, the animals in the bush are just starting to awake and rustle. Soon, with some luck, I’ll be meditating with white lions.

I’m here because of a lifelong obsession with big cats, ignited by C.S. Lewis’s Chronicles of Narnia, fanned by the original The Lion King movie, and flared after a trip to Kenya’s national parks.

Of course, my love of lions is not unique. Lewis’s Narnia books have sold over 100 million copies in 47 languages. Disney’s 1994 animated movie broke records left and right, and the 2019 live-action remake recently earned the honor of “The Biggest Domestic Launch Ever for a PG Pic, Animated, or Otherwise.”

According to the United Nations World Tourism Organization (UNWTO), the global market for wildlife tourism has been estimated at 12 million trips annually. Not without its dark side and its critics, this tourism can be a great conservation tool, bringing much-needed funding to save endangered and at-risk species as well as fight the war against poaching.

Which brings me back to the white lions, who since their “discovery” by humans in 1938 have been hunted, driven from their natural endemic habitat, and provided no legal protection. Yet, organizations such as P.A.L. (Protecting African Lions) and the Global White Lion Protection Trust are working diligently to bring awareness to the lion’s plight as well as support their safety and reintroduction into natural habitats.

Into the Lion’s Den

Auspiciously, I landed a spot in a small private group to visit a few of these incredible creatures which live not-quite-wild yet not-quite-free. Free-roaming on massive plots of land, they are also under protection and care.

On the trip, we would learn about lion behavior, conservation care, and study the cultural connection between the local tribal communities and the sacred animals.

Or, as I like to say, I went to meditate with lions.

So, I was woefully unprepared for the ethical dilemma I encountered early in the trip. It appeared in the form of a severed giraffe leg we passed in our open-air truck. I have a hard enough time feeding the cats in our home, Buba-ji and Deacon, meat. But I do because they are obligate carnivores. Without the taurine, arachidonic acid, and arginine present in meat, my cats are likely to get sick and die prematurely. Besides, their short digestive tract cannot readily break down the tough cell walls of a plant-based diet.

So why was I surprised that lions would be any different? Denial is not just a river in Egypt, my friends. As our truck came closer to a few members of the pride, I realized I harbored not joyfulness at finally seeing the lions, but anger as I recalled the loss of the giraffe.

We stopped a safe distance from the big cats and were asked to settle in silence, unmoving. No photos were allowed. No speaking either. No looking the lions in the eye (it can be seen as a challenge). And certainly, no Aslan-style hugging or baby Simba-style holding over a nearby cliff. Instead, we were to observe respectfully and mindfully blend into the landscape.

I must admit, there’s nothing like connecting with a lion’s energy in that mindfulness state. It’s remarkable and a little scary too. 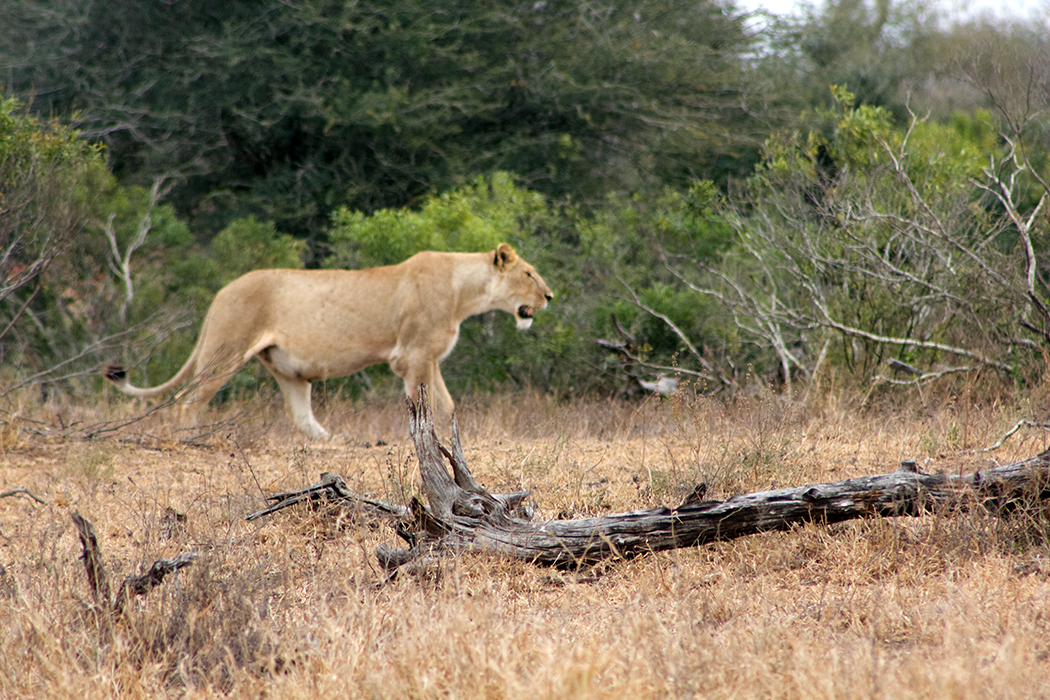 Visions flashed before my eyes: the biblical Daniel asleep in the lion’s den, the snow lions of Tibetan Buddhist art, modern author Gregory Maguire’s reclaimed not-so-cowardly lion, and the tragic life of Cecil, an intense reminder of all lions killed in the name of trophy hunting.

I closed my eyes, letting the images interplay, tuning into my senses. I swear I could smell the grass of the veld and became increasingly aware of the warm tea thermos at my side. I could feel the wind across my face and the heat of the sun, which was just beginning to rise. Then, one lion roared. It was suddenly as if all the lions I had envisioned were present—accompanied by the lion from the MGM movie opening credits—all belonging to a single omnipresent, eternal Lion.

And I was no longer angry at any of them.

As I watched how they cared for each other, how playful they were, and how few animals they actually did kill for food, I learned the lesson of the big cats: power and love are a powerful duo.

As archetypal psychologist James Hillman wrote in his book Dream Animals, “We may not reduce the lion to a stone representation, as if the king were always a tyrant and a power defined only as heartlessness. Lion lore says its power comes from the heart as courage, generosity, and faithfulness.”

Admittedly, I did spend the remainder of the trip silently praying variations on “Run, giraffe [or insert another animal here], run” as I continued to argue with the universe about what we so callously refer to as the food chain. 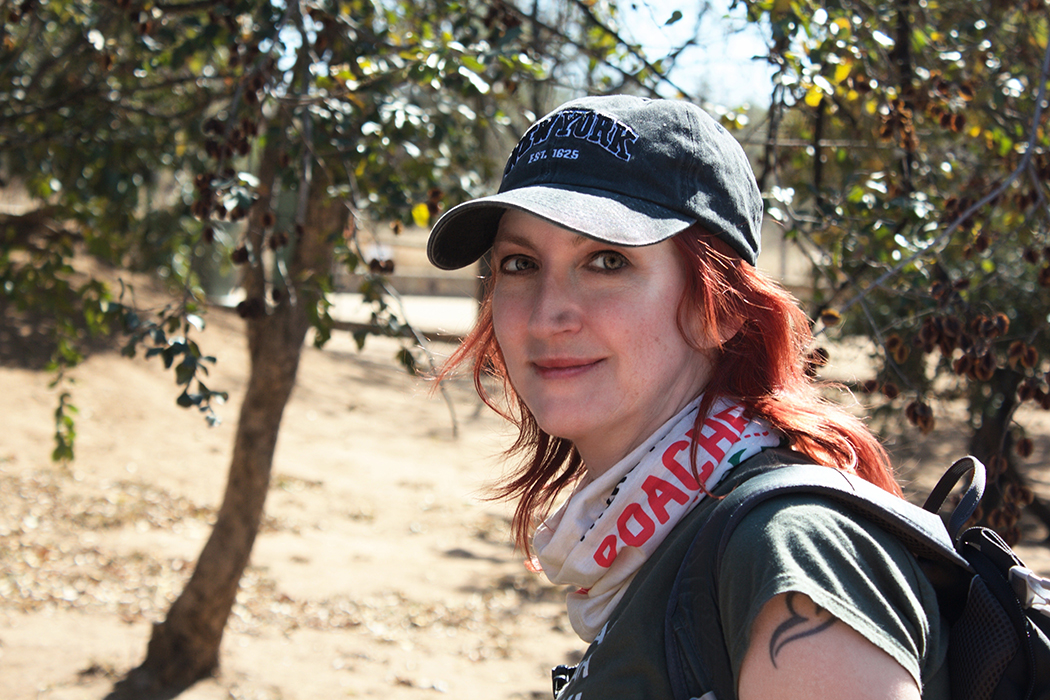 Returning home, I realized that I often underestimate the effect my actions have on Buba-ji and Deacon. Both cats were labeled “special needs” by the ASPCA (to which I snarkily alerted the adoption volunteer, “So am I.”) Yet, sometimes when I am overwhelmed, I can put my self-care above theirs, not tuning in deeply enough to their needs.

So, I enrolled in training with James French who teaches what he calls The Trust Technique and describes as “a combination of animal communication and animal healing.”

Although French specializes in horses and dogs, I was able to adapt his mindfulness-based practices to work with “our” cats.

The result was astonishing. Deacon—who could not be touched for the first six months he lived with us—now comfortably jumps up on my lower legs to do a bit of what I call cat-gazing.

How to Meditation with a Little Cat

It is said that one can never own a cat. It is also said that instead of owners, cats have staff. So perhaps, like many of us, they also need a meditation partner?

>> Look just off to the side of the cat. Many cats do not like to be looked at directly in the eyes, seeing it as a challenge for dominance. (In fact, dominant cats in a multi-cat household will use “the evil eye” to control access to resources like food, toys, or the litter box.)

>> Watch the cat’s breathing. Notice the rise and fall of its body for a few minutes.

>> Then start to match your breathing to theirs. Soften your gaze and feel the blurring of the distinctiveness of each being’s breath. You may begin to feel a non-dual moment where you’re breathing with the cat, and the cat is breathing with you. (And you may even wonder: where do “I” end and the “cat” begins?)

>> Once you have that connection, the cat may perk up and start to come up out of the moment. (I like to say this is analogous to when you’re meditating with a group and the person next to you starts to get the itch and rustles about. Animals do that too.) At that point, you can bring yourself a little bit up out of it, also. Look around the room, let your breath fall a little out of sync with the cat. Then when the cat settles back down (often signaled by lowering its head or stretching out a bit), you can also settle back with them to match their breathing again.

>> Continue until one of you falls asleep or gets hungry.

>> Repeat whenever you or little Simba could use some peace. #hakunamatata 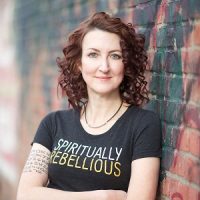 Mindfulness Meditation (with Cats). In Meditation, there is only One Rule.
See relevant Elephant Video