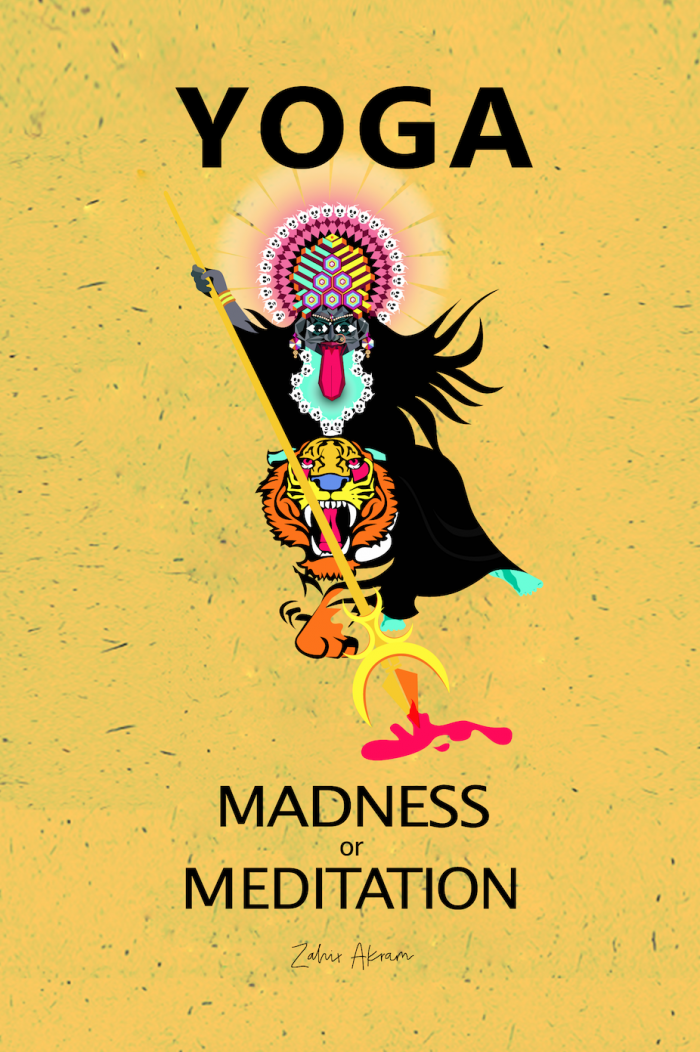 Q – So Mr Akram, Is Yoga madness or meditation?

A – It all depends. You have to ask yourself why have you got into doing yoga. This is a really important question to ask yourself. Why are you doing yoga and what do you hope to gain? Many people do yoga for physical reasons. To move better, to think more clearly etc. But the yoga world will make these people feel bad for doing yoga purely for physical reasons. The so-called yogi (especially in the UK) is trying to save the world, find spirituality, cleanse a chakra, promote veganism and perhaps even find meaning to their existence. And these yogi’s feel that every other person who does yoga should also follow this path. It becomes almost like a religion. Religious people like to make others feel bad for not being on the path that they themselves follow so wholeheartedly. It becomes very off putting for someone new to yoga who just wants to do yoga because their hamstrings are tight. If that is your goal, to improve your movement and loosen up a little and you have no interest in anything else, then don’t worry what anyone else is saying or doing. I mention this in my book, a quote I once heard when I was younger and has stayed with me for my entire adult life. Your whole idea of who think you should be comes from those who have no idea who they really are themselves. So whatever your reasons are for coming to yoga, remind yourself constantly what your goal is and why you started. This will lead you to meditation. I refer to meditation as a destination rather than a practise. A destination of physical and emotional tranquillity. But if you lose yourself whilst doing yoga, if you feel like you should be a yogi and compromise who you are and act like someone you are not, then yoga is not meditation, it is actually complete madness. Men don’t need man buns to do yoga. You don’t need to chant or to wear om t-shirts and say you are quarter Indian from your grandmothers side. Yoga doesn’t ask anything of you. Just be daring to try yoga. Daring to challenge yourself in yoga and then have the iron will to remain as you are with all your flaws and insecurities. You don’t have to change or be a yogi. Just be as you are.

Q – But isn’t yoga much more than physical? Should we not be embracing the more spiritual side?

A – Yes there is more to yoga than the physical poses. But why can’t someone just remain working on the physical side? Why is there this desperate need for spirituality? If you seek meditation, spirituality, chakra balance etc. You will never find it. You will become further and further away from what you desire because discipline has now become desire. You cannot desire spirituality and evolution. It has to occur organically at its own pace and time. Ultimately, the spiritual side is something that arrives to you when and if you are deserving of it. You cannot force it. You cannot hurry it and you cannot find short cuts. I have found in my experience that those spiritual seekers, both eastern and western are just living in a world of illusion. Their whole approach to life is an act. They are acting on how they feel they should be rather than who they really are. In seeking spirituality you become calculating and your act is just to impress and deceive others. You become desperate for people to recognise and celebrate how yogic or spiritual you are. And this is evident simply based on how they dress up. Your clothes are superficial and do nothing but convey your deep insecurities. I mention this in my book that I prefer someone in their lululemon outfit who is at east honesty of her vanity than a calculating believer who only want to convince others of how yogic and spiritual they are. Yoga is about transformation of self. The mutation almost from you to the real you. This is deeply personal and is not found by dressing up like a Hindu. Transformation is found within.

A – Absolutely. Most men just want to stretch. I taught recently and I had 18 men and 13 women in my class. These men ranged in size and ability. The reason men are attracted to my class is that I dont make non-sensical claims of chakra balance or energy fields. I don’t place a crystal on their forehead in Savasana and I don’t make then chant. I recognise why they are here, and I make them feel like they are in the righty place. If they change on an emotional or psychological level, if they start to embrace the finer aspects of yoga then this will be a natural step for them. But at no point is this forced. If the teacher is seeking spirituality or on a soul-searching mission then that is her journey. This shouldn’t be then passed onto the students in a class. We should allow students to come and go as they like and to do yoga for any reason that they like. This approach leads to meditation. When this is not done, yoga is complete madness. 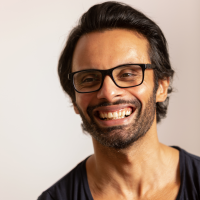 Zahir Akram is the owner of Akram Hot Yoga studio in Addlestone, Surrey and recently won an award for the best Yoga teacher in Surrey 2019 as voted for by the readers of Muddy… Read full bio