4 Tools to Process all the Mental & Emotional Noise in our Lives. 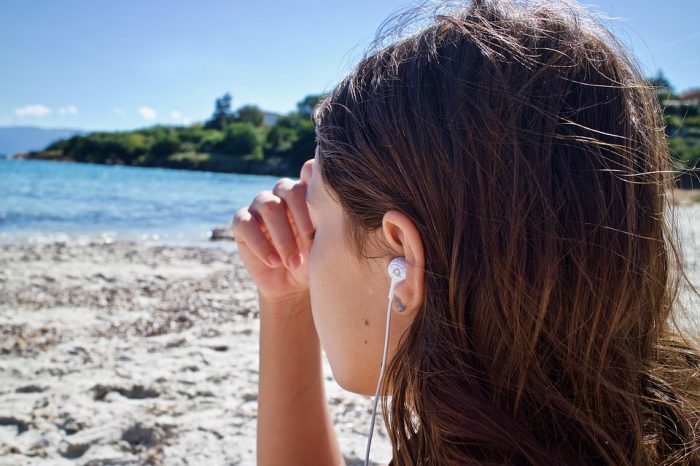 Our lives are increasingly oversaturated with noise.

As with the nature of saturation, what we get are various degrees of distortion and shifts in density, all in order to achieve harmonic excitement of some sort—certain elements are made to sound more exciting in order to trigger our responses.

This is social hype—haven’t we all been super excited about a certain product release, or a show? And then when we arrive at the venue, it’s a bit of a let-down? A bit of an anti-climax?

Human voices are instruments, too.

What we say are our notes, and how loudly we say them gives us our frequencies, which then generate overtones of meanings that we may or may not have intended to communicate.

We become misunderstood because we give out mixed signals—the way we say things and the tone we carry can often mask what we truly intended to say. Louder doesn’t mean clearer.

From the receiving end, we each have our own threshold when it comes to how much (of anything) we can take, and we are naturally reactive beings, so it’s not difficult to combust and descend into chaos.

There’s a sea of self-help books that tell us we must try to respond instead of react, but what is bridging the gap between the two?

I found some answers in a sound engineering class.

I wasn’t exactly looking for life lessons in a music production master class, but sometimes, like misplaced keys, you find them where you least expect them to be. Though it makes total sense—any sort of engineer works as a magician. Music engineers, specifically, make sh*tty sounding raw tracks into ear candy, the type we dive into with our noise-cancelling headphones to tune out the noise of our daily lives.

But tuning problems out doesn’t solve them, the same way that when we return from a vacation, we end up at the same house we’ve made our home in. When things get too piercing or abrasive, a quick exit makes for a good Band-Aid solution. But running away makes us victims of our own circumstances, and in the long run, we still don’t have a solid, safe place to build our lives upon.

So instead of running away from the sounds, perhaps a more empowering response to the sounds that don’t serve our well-being is to engineer them, to reassign them a weight and a character within a space that is sacred to our well-being, happiness, and growth.

As so many gurus have enlightened us, happiness is not a goal, but a by-product. As such, we need to train ourselves to treat and adjust the sounds we let in our lives.

We are visual engineers already—think Instagram, Photoshop, graphic design…we zoom in and filter and crop out things that don’t serve our goals. So why don’t we do it with what we hear?

Rather than being stuck with the assault of noise, we can sculpt and carve out our own sound and space, with a similar set of tools from a sound engineer’s treasure trove:

Volume balance: an exercise in being selective.

This is the most basic of sound engineering.

The instrumentals shouldn’t overkill the vocals, and we turn up tracks that sound too dull and flat, to engineer excitement and build an ambience of anticipation.

Adjusting volume settings allow us to define what is lead and what is atmosphere. Volume controls not only keep things within their respective ranges, muting a track altogether removes its effects completely.

Translated into life terms, this would be selectively “focusing on what’s important,” because things do not matter equally, and the sounds that are injected into our lives shouldn’t matter equally either. So, we dial up what we perceive as important, and we tone down the noise that distracts us.

Have you ever been in a fight? Escalating the volume of our voices is the natural response to when we are not being heard, but how often does screaming and yelling get our points across? Higher decibels don’t always land a clearer message. In fact, it often does the opposite. It only challenges the threshold of the amount of pain we can process, because when two bodies of pain are in war, neither side is listening.

Sometimes, the best thing to do in a fight is to turn down the volume knob and give it space, because amplified pain is a violent energy, and that energy will affect all the other tones we hear.

One of the things I find helpful in my relationships is that, as soon as I hear a tone that is disempowering, I refuse to play the rest of the voicenote/voicemail, and I turn the phone away so that the other person is yelling into space instead of my ears. I refuse to let my mental state be further contaminated by the violence of pain, and as childish as this method sounds, it has truly halted the levels of damage by preventing a further descent into pain.

Life sounds are complex tracks, though, and as such, require more tools than a simple volume knob.

After we’ve removed certain tracks by muting their volumes, we can use EQ tools to treat the sounds that remain.

The purpose of EQ in the sound world is to define clarity by adjusting certain elements to be more clear (adding gain), and thus more understandable. By accenting the right moments, we shape and determine the quality of our mix.

Translated into life sounds, this means that we add gain and emphasis to the voices that empower us, and remove the hurtful accents by fading out the voices that limit or damage us. In so doing, we effectively carve out a new space that is safe for us to be and thrive in.

About eight years ago, roughly around the same time as the advent of Instagram, a close girlfriend and I had first discussed having a “filter system” to filter out the sh*tty people and the things that drain us from our lives.

Like how photo filtering treats a raw image, sonic filters work in very much the same way to treat sounds. Different filters adjust and process sounds differently, and we can apply various filters to re-tune our lives by limiting the unwanted sounds, noises, and signals.

Applicable to both life and sound is a filter called the “Hi/Low-pass filter,” which, when applied, tunes out frequencies below or above a cutoff frequency—essentially, a content rejector by design.

By placing this filter over the sounds we hear, we effectively block out certain segments of sounds that do not serve us. Translated into life sounds, this could be a “noise filter,” an “opinion filter,” an “attack filter,” or a “toxin filter”…the more filters we apply to cleanse the sounds we allow into our lives, the less we are manipulated by external forces.

Blocking content from unwanted sources—in all forms, from contact to energy, is key to preserving our sense of peace, happiness, and sovereignty over our own lives.

As noted, volume control is one way to emphasize what we want to hear, but having all the tracks play at maximum volume produces an aural assault, and we are left with not clarity, but resistance and damage.

The use of EQ tools and filters effectively accentuates certain sounds over others, and pushes out the sounds that don’t serve us. Saturation is another tool that, through the generation of distortions, creates dynamic changes to our music.

Translated into life sounds, this means putting weight on certain sounds, allowing them to be more audible than others, thereby creating focus and definition, customized to our well-being, happiness, and growth.

Sound engineering is a complex series of layering, and each layer of work has a different role that contributes to the overall balance of sound. By engineering the sounds, we create their sonic character, and we create space.

Raw sounds, when run through different mics, amps, and engineering tools, produce a different sound, like raw photos versus a photoshopped final.

As with the analogue world we live in, it is of course easier to address what is said at the source—at the time of recording. However, what others say is often beyond our control, but that doesn’t mean we must deal with that default. If we listen to the sounds in our lives as they are, there’s absolutely no way that we can be truly happy—so why do we live in the default of others’ tuning?

In order to make space for happiness, it becomes critical how we process the daily sounds we hear.

We are often told that happiness is engendered through the writing and owning of our narratives. This is one of the ways we can accomplish that. The tools above are a synthesis of what I found to be most helpful, bridging the sound engineering genius and tools with the philosophy of life.

Sound engineering tools are geared toward sounds, which are made up of vibrations just as energy is. So it’s actually no coincidence that we can apply the same tools to tune and remix the energy in our lives.

As we start working and experimenting with these tools, I guarantee you that the soundtrack of our life and the soundtrack that often gets stuck in our heads will start to sound differently. And if we are still not happy with what we hear, we can change how we hear it, and create a new sound from what we have.

We are all creative beings, so there’s no reason to stay stuck in the static of others, or worse, triggered by ill-intended forces.

We can create the definition, focus, and dynamic energy we need to live our best lives. In theory, yes, there’s science, there’s physics, there’s mathematics…there’s a lot of technical things that can get really alienating. But in life, and in practice—there are no rules.

Do what sounds good, tune to your own happiness.

A Therapist’s Perspective on “Good Vibes Only.” 5 Behaviors that Block us from true Spiritual Connection & Growth. 7 Pema Chodron Quotes that Kicked my A**!
See relevant Elephant Video