Breakdowns are a Sign that we are Breaking Through. 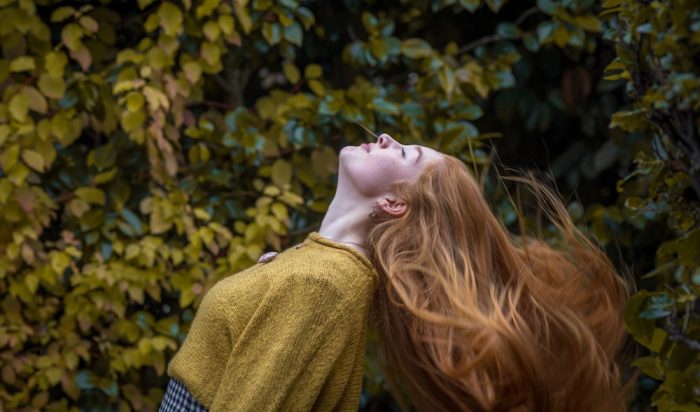 It began in 2011 after a painful breakup.

The rumblings of change had been stirring for years before, but, like many, I ignored it.

I didn’t want to change; the thought of it nauseated me. I did everything I could to “keep it together.” But after my divorce, I found myself unable to continue.

I thought all that was needed was to end my relationship and start over. And, trust me, I really tried. After I settled the divorce, I got a cute apartment closer to work with new dishes, a new cat, and a view of the lake. I thought all was well—but it wasn’t.

First the headaches, then the body pain, then copious amounts of alcohol, sleeping pills, antidepressants, and then suddenly I was unable to move at all. There was nothing I could do to stop it or make it go away. Everything in me just collapsed. I was like a freight train up in smoke after crashing into a wall.

I had no choice but to put my life on hold and face the terror that was slowly approaching. I took six months off work, a luxury many do not have access to. I’m grateful for that time and not sure what I would have done without it.

The most poignant memory I have was lying in my bed at 3 a.m.

It was another sleepless night full of physical and emotional pain. I was watching the light beams from the cars outside creep upward on my wall, bending at the corners, then sliding across the ceiling and fading out of sight. I thought to myself, “I want to disappear, just like those light beams.”

If there ever was a moment that describes a person before a suicide, this was it. The pain was unbearable. No matter what solution I entertained, I couldn’t find any part of me that was able to go back to my life as it was.

Then I heard a voice in me that said, “You need to leave.”

“What do you mean? Where am I going to go?” I argued with it.

But something in that message was comforting to me, so I lay there contemplating, trying to listen to myself.

“You need to go and leave everything behind,” my inner voice said. “This life doesn’t belong to you.”

The realization hit me. I had spent years building a life that had nothing to do with who I really was.

Boom, in came another realization, “I don’t even know who I am.” I said this out loud to myself, to the dark walls with the car lights coming and going. Then I collapsed into uncontrollable tears.

And in that dark moment, I said to myself, “Just go, and you’ll figure it out.” I raged against the whys and hows. The more I pushed myself to understand, the worse I felt. In the end, I followed that voice because I had nothing else to lose. It was either disappear forever or disappear just for a little while.

Within a month, I quit my job, sold my belongings, found homes for my animals, put some things in storage, and went to a quiet, rural village in Mexico. I burned my life down and set out on a path that had no certainty, no promises, and no structure whatsoever.

There’s a lot that happened in the years that followed.

I spent six winters in that rural Mexican village. I’d go back and forth between Canada and Mexico. Being close to the ocean and immersed in nature was the most potent healer for me.

When you take a leap as I did, you’re bound to meet new people and experience new things that really open your world.

I met new friends who had gone through similar situations as me. I found plant medicine and energy healers that helped me get to the roots of my breakdown. I learned a ton of new skills that flowed naturally with my talents.

I spent months alone in a grass-roof hut just staring at the ceiling, watching a line of ants that would come at the same time every day. I changed my diet, quit drinking alcohol, and gave myself permission to feel everything. I connected deeply with myself and slowly found my way toward a more authentic life.

In those years, I went in and out of deep depressions but was always seeking to learn and grow. Every time I came up out of the dark, I felt a little more clear. Bit by bit, I released old patterns and energy and put myself back together in a whole new way.

Recently, I’ve felt a new chapter opening. The beginnings were subtle, a little peek of green through the mud. A sprout of something that is ready to grow and give back to the world.

Here’s what I know now:

My breakdown was a dissolution of everything fake in me. It fell apart and dissolved like compost in the dirt. I had to stay there for a while, churning with the worms. People thought my living in the dirt pile was vile and irresponsible, but it wasn’t. It was a resting place for my mind, body, and soul while I shed the stuff that wasn’t me anymore. It was a sort of death, if you will. But I assure you, I’m very much alive.

Those years were the laying of fertile ground, out of which I’m now growing. But this time, the growth is stable, authentic, and more resilient.

Here’s another thing I know is true:

That inner voice was real, and it was exactly right. At the time, my mind made up a lot of judgments about it. I thought the advice to leave and dismantle my life was “crazy” and the opposite of what I was “supposed” to do. But I had a light in me that knew I needed to follow it. I’m thankful that I listened, and I shudder to think what would have become of me had I not.

We’re so afraid of breaking down because we think we might not make it. And I’m not going to lie, some of us don’t make it. But then again, none of us are getting out of here alive anyway.

This is not to say you should break down. There are no “shoulds.” All we have is our inner voice, which is our higher self, and the decision to follow it or not. I think everyone has a voice that guides them. But we may not know how to hear it.

Some of us may need to dissolve our lives while others need to stay put and keep it together. We each have a reason for “being,” and our paths are not the same.

For me, I needed to start over, and I needed to get some distance from my hometown to do it. I needed nature and plants and to be alone. I needed to find my creativity again, and for some reason that meant completely dismantling the barriers and constructs that shaped my world.

We are so reliant on these structures that when they become shaky, we often lose our grounding mentally and physically.

Unfortunately, our breakdowns are often lumped under the umbrella of mental health issues.

And while this may be true to some extent, it’s not the whole story. Coming to terms with a false self that was created through trauma or societal pressures doesn’t necessarily constitute mental illness. And while breakdowns are frightening and destabilizing, they may also be—dare I say it—normal.

As a former mental health nurse, I’m aware that mental illness can be destructive when stigmatized and untreated.

But we need to understand more about what is an illness and what is a normal path of discovery from a false self to a true self.

It’s important to know that we have a beautiful consciousness that is so disregarded. We have a powerful intuition and a wise higher self. You can call that God, a wise inner being, spirit guides, or whatever deities you worship. I believe they’re all trying to guide us to our true selves.

We’re living at a time when virtually no one knows who they are anymore.

We’re slowly waking up to that fact, and it hurts. Transformation is an ugly process—but it’s worth it if you can make the journey.

For anyone who’s sat in the fertile ground of their breakdown and made it out, I extend a deep bow to your courage.

If you feel a breakdown coming, but life won’t allow it, don’t worry. You may be exactly where you need to be. Just keep your heart open to whatever voices may be trying to guide you.

If you see someone on the edge of breakdown or already in it, don’t try to fix them. Don’t shame them out of the process they’re in. It might be the exact thing that will save their life. You don’t get to decide if they will make it or not.

If you meet someone who’s sleeping in the dirt of their breakdown, cover them with a blanket and let them rest. All they need from you is kindness.

If someone asks you for help, know that the asking is a testament of their faith in you. Help if you can, but remember that it’s not your responsibility to lie in the dirt with them.

Do you know why we’re uncomfortable with breakdowns? I think it’s because there are no real answers.

There’s very little understanding or force that can be exerted outside of the person who’s in the breakdown. Most people who make it out will tell you that no one else could have really helped them.

I’m thankful no one tried to pull me out and that I chose to listen to my inner voice. Trying to stop what was happening would have been akin to removing dirt, along with freshly germinating seeds, just because it’s ugly.

My breakdown was fertile ground for transformation.