It took a Life-changing Reading to Change my Mind about Psychics. {Partner} 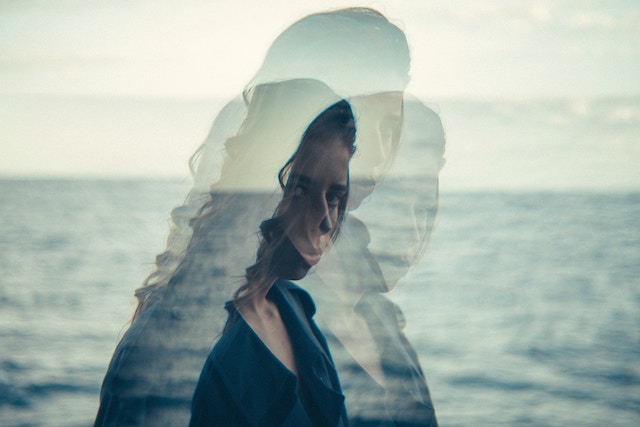 This article was written in partnership with Keen.com—they’re dedicated to helping us find clarity through psychic guidance. Whether it’s science or magic, we’re open to most things, if they may be of benefit. ~ ed.

I’ve never bought into the whole Mercury Retrograde thing, I haven’t checked my horoscope since I was a teenager, I wouldn’t know what to do with a smudge stick, and don’t own a single crystal.

But, lately, I’ve been experiencing things I cannot explain from a rational perspective, including some goosebump-level synchronicities that have left me thinking…maybe there is actually something greater at play here?

So it was with curiosity and an open mind that I approached my first ever psychic reading…and my second, and my third…

The opportunity to get readings from Keen.com’s top three psychics ahead of National Psychic Week (August 5th – 11th) sparked a mixture of emotions in me—mainly two things:

Excitement: What would I find out about myself? Would I get a chance to connect with my brother who died 5 years ago? Would I get answers to some of the many life questions I’ve been rolling around in my head lately?

Anxiety: Did I really want to eavesdrop on the secrets of my past, present, and future? What if I asked the wrong questions, got information I didn’t want to hear, or that led me astray?

Knowing I was in the hands of Keen.com’s top psychic advisers went some way to reassure me. They’ve been in business as a leading community for online psychics for nearly two decades, providing guidance, inspiration, and empowerment to thousands of people. They have loads of articles on their site that offer advice and support for those who’re curious about getting a reading.

I started by reading up a bit about what to know before you get a psychic reading. Turns out my nerves were normal, but unfounded. Psychics aren’t mind readers or magicians. They’re not going to tell you when you’ll die or whether to quit your job and go live in a van or which person to spend the rest of your life with. They can’t—because we all have free will.

Psychics are just regular people with heightened sensitivity. I learned that, while it’s valuable to have an intention for a reading, ultimately what comes through is likely to be spontaneous, so we should stay open to this. The other thing I discovered through the course of my three calls was just how different each of their styles of psychic guidance are. And yet it was so interesting and affirming to me that a few core messages shone clearly through all three readings, despite their differences.

My first reading was with Shanti66. 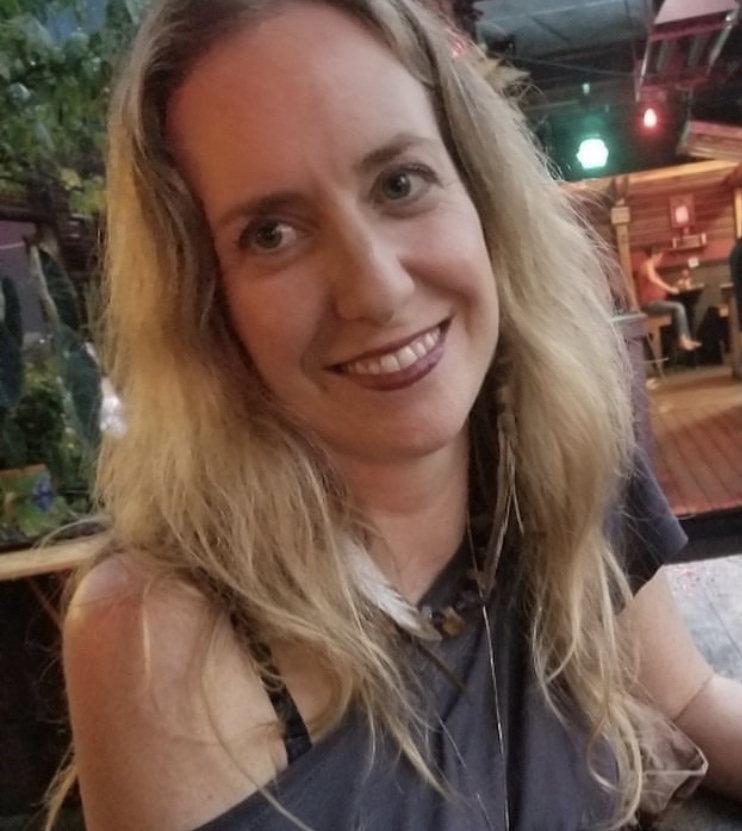 Shanti’s profile describes her as a clairaudient (able to receive intuitive vocal messages from the world of spirits or higher beings), clairsentient (a psychic ability where you receive information through sensing or feeling subtle energy), and intuitive advisor who inherited her gifts from the maternal line in her family.

She was friendly and warm and guided me through the process with a refreshing directness. As it was my first reading, I asked her what she did to prepare for a reading and how she could possibly tap into a person’s energy in such limited time and from a distance. She explained that she usually lights a few candles, sometimes burns sage or palo santo, and holds a crystal to clear and ground her own energy.

She had drawn two angel cards for me before the reading and we went through the significance of those, which both turned out to be helpful in areas I was feeling bogged down. During the reading, she worked with Tarot to answer a few more specific questions. Since her specialities include love advice and career guidance, I asked her about both these areas and she gave me some clear and grounded thoughts on both.

Shanti also works with birth charts to determine where you are from an astrological perspective. Overall, what I was left this reading with was a sense of trust and reassurance that I didn’t have to have it all figured out to keep moving forward.

My next reading the following day was with Pat58. 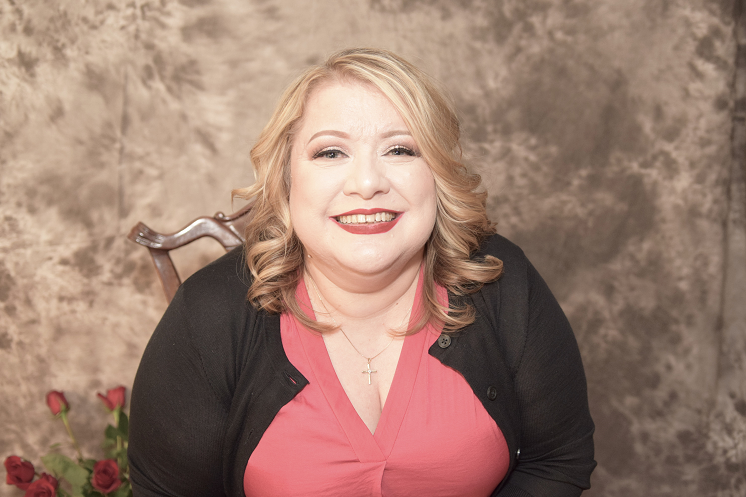 Get a reading from Pat >>

One of the most experienced psychics in the Keen.com community, Pat has provided services as a clairvoyant, tarot reader, and medium for over 50 years. She also has a background in psychology and psychosynthesis and has done Facebook live events with Keen.com, answering user-submitted questions and conducting live tarot readings.

Tarot was again the main tool she used in our reading, though her style was quite different to Shanti’s. She is centered in Christianity and said she’d been praying for me before our call and invited the energy of Christ into the reading, shuffling her deck three times for the Holy Spirit.

After experiencing one reading, I already had more clarity about the questions I wanted to ask this time and was able to get quite specific, with some gentle prompting.

Pat says that it’s best if we focus on the situation we’re asking about during a reading rather than the outcome we want, or the answers can get muddled. Straight away, she also pointed out that she tells people what they need to hear, rather than what they want to hear. So I was prepared for some direct, no-nonsense answers.

And she did tell me a few things that were pretty spot on in relation to career and relationship that quite closely echoed what Shanti had said, while getting more granular. She gave me some really practical advice about how to handle a few difficult situations I’m grappling with.

Finally, I got up the courage to ask about my brother, which I hadn’t done with Shanti. While the sadness and tragedy surrounding his death came through, there wasn’t much else.

Overall, she gave me a few close-to-home truths, but in a helpful and constructive way. Certain tarot cards which came up in my previous reading also resurfaced in this, and I started to see a pattern emerging, though I wasn’t quite sure what to make of it all yet. I had some sense that my final reading might help tie this whole experience together for me. I had no idea just how much…

My third and final reading was with Alison Shine. 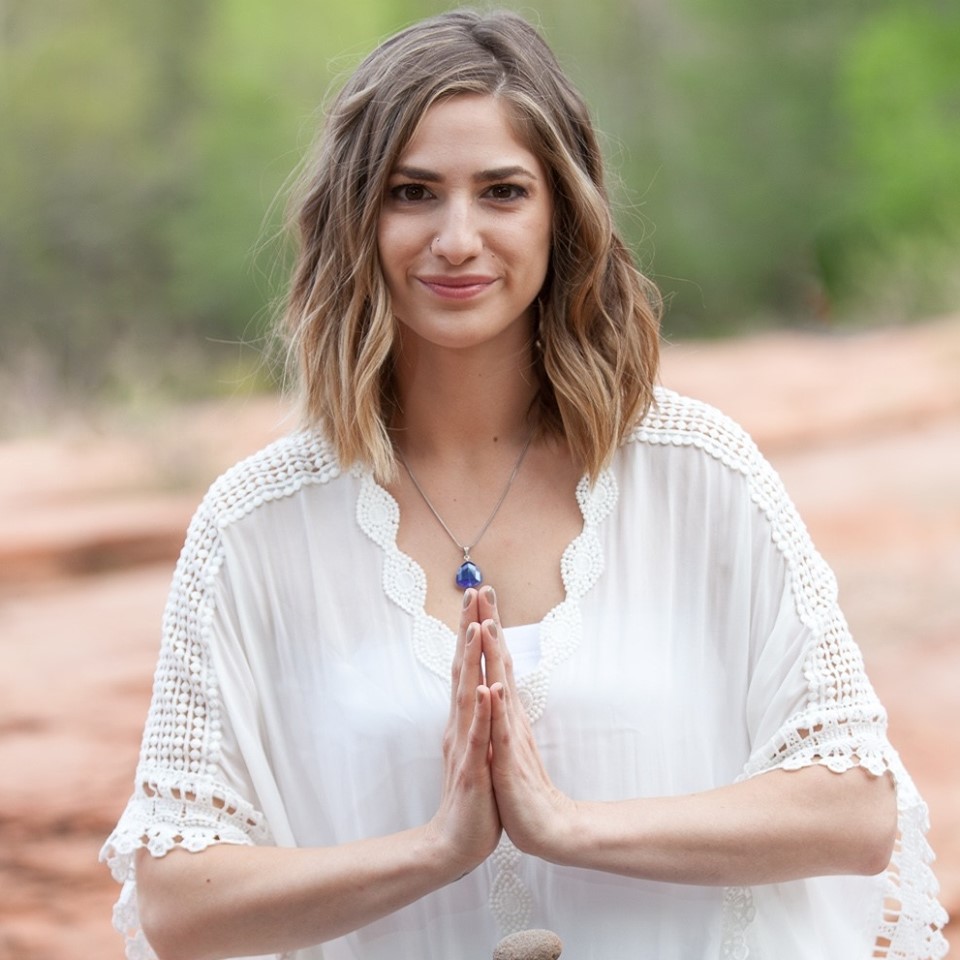 Even over email, before my reading, I somehow felt most connected with Alison. By this stage, I was also starting to understand the real questions I wanted to ask. My previous experiences and increased clarity may have helped here. Alison herself says that our intuition is like a muscle. When we practice and work at it diligently, we can develop our own innate abilities. This is also important to remember because after psychic readings, our own intuition magnifies. Personal signs and synchronicities may begin to show up more readily for us.

Well, whatever the reason, this call was quite unlike anything I’ve ever experienced, and it affected me on a deep level.

I’m still processing everything she said, nearly a week later.

To begin with, Alison works in a different way from the first two psychics I had connected with. She didn’t use cards or tarot. She simply replayed messages from her spirit guides. If I was a skeptic at the start of this process, by the end of this third call, I think I may have converted to a card-carrying believer.

I simply can’t find an explanation for everything she so generously shared and the effect it’s had on me other than she is genuinely in communication with spirits, unseen guides, and the essence of loved ones beyond the veil.

The energy I felt from her the minute we got onto the call was tangible.

It felt electric, yet peaceful at the same time. She didn’t even need me to ask any questions before she started describing what was coming through for her. Right off the bat she gave me perhaps the most reassuring message I’ve ever received about one of the most important and also most difficult relationships of my life. Hearing her describe this relationship in detail and speak on a deep level to everything I’ve always felt but not always understood about this person was like getting a warm, loving pat on the back and a “good on ya” from the universe.

I was blown away by how much she continued to intuit about me, from my personal life to my deepest desires and worries. Sure, she could have read all the articles I’ve ever published, gone through my social feeds with a fine-tooth comb to maybe glean some of this information on a surface level, but I really do not believe that’s what happened here.

Even in comparison to my previous readings, which were helpful and clear and constructive, this felt like much deeper, soul level stuff.

She spoke so profoundly to some of my key relationships that there’s no way she could have read that much into just from stalking me online. After speaking for a while, she prompted me to ask any questions I had, and then gave me crystal clarity on a situation in my life that I’ve been obsessing a bit over (because it involves big choices) for some time now.

She described it all in such detail and with such insight that I began breathing easier with every word she said. The message? Everything is going to be okay. You are safe. You are on the right path. Surrender.

Finally, I gathered the courage to ask about my brother again (without telling Alison who I was asking about at first). This time the messages that came through could only have been from him. I have no other explanation for it. It seemed unclear in the beginning. Did this person have some kind of difficulty in communicating? It’s like he’s trying to tell me something but I can’t hear him well. He’s showing me with his body…

My brother was Deaf.

Everything she went on to tell me about what he had to say rang true, down to one specific detail that I’ve never shared publicly in any article or social media post. His message was one of peace, so much love, and reassurance. Some of what he had to say made me laugh out loud. It truly was as though he was there, speaking with me. Eventually, as his energy began to distance itself, as she put it, I was left with nothing but a profound sense of calm, a feeling of being held and supported in this life and whatever may come next.

This reading was an experience I’ll never forget and I have a feeling that it won’t be my last.

So, if you’re at all curious about what a psychic reading may have to reveal to you, take it from this (ex?) skeptic: do it! You’re in safe, secure, confidential hands with Keen.com. No matter what comes through, may it be of benefit!

“Those who don’t believe in magic will never find it.” ~ Roald Dahl

Get answers to your most pressing questions about love, relationships, career and more >>

Get to Know your Lady Parts (& How to make them more fierce). {Partner}