I don’t want to Have Sex with your Girlfriend. 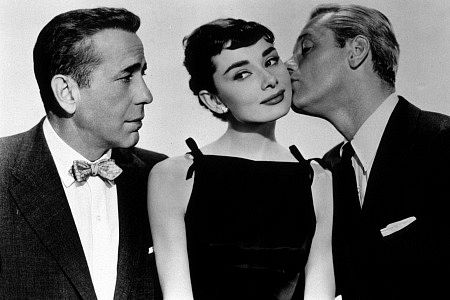 Every person who talks to your significant other is not trying to sleep with them.

As a man who doesn’t like sports, video games, golfing, strip clubs, guns, I am limited in my selection of male friends. I am more drawn to sitting down over a glass of wine and shit-talking the world.

Everyone is different, but women are more likely to be up for the latter. The problem comes when their boyfriends want to know why they spend time with me because, according to them, I am absolutely trying to sneak my way into their pants.

And, I can’t blame them. I have had girlfriends in the past who have come to me and said, “You were right, John just sent me a picture of his penis.” Or, “I have to tell you something, Robbie got drunk and told me he loved me.”

And I always sigh and say, “Oh well.”

So, when I have a female friend who comes and tells me, “My boyfriend doesn’t like you because he thinks you want to sleep with me,” I try to think of all of the ways I might convince them that I have zero interest in fucking up their relationship and genuinely just enjoy that person’s company.

Here is what I have come up with:

You’d think the straightforward approach of sitting someone down and saying, “I don’t want to bang your girlfriend, and she doesn’t want to bang me,” would be enough. But it never is. They say, “Okay,” and then you get a text from your friend later on saying, “He still doesn’t trust you.” As though the boyfriend perceives the conversation as a ruse.

Option 2: Go for a drink with them as a couple.

What a goddamn nightmare. In this situation, you can’t talk to your female friend as you normally would. If you make them laugh too much and you talk as fluidly as you normally would, the boyfriend sits and glares at you, clearly pissed that you are engaging his girlfriend more than he does and in a way that he can’t manage.

It is a Bermuda Triangle of misunderstanding. You can either talk normally and appear to be flagrantly showing him up, or tone it down and be awkward and confirm his belief that you secretly want to get with his girlfriend.

Option 3: Try to engage him sexually.

If talking doesn’t work, you can always direct your sexual attention to your friend’s partner. Touch him gently on the neck when you meet. While you’re talking to your friend, keep glancing over and smile coyly at her boyfriend. Touch his knee, especially if he is wearing shorts.

With this method, you might upset your friend, confuse her boyfriend, and overall destroy the fabric of your relationship with both of them, but you’ll at least drive the point home that you’re not trying to bed your friend.

Picking your nose is gross. That is why we all secretly do it in locked bathroom stalls. But, if you’re going to manage to keep your friend while also managing the jealousy of their partner, pick your goddamn nose. I don’t mean gently grab a dry booger. I mean that the next time you are together, go for it.

While your friend is talking to you, you dig and dig and try to smile while you do. Drool if you can and when you get a nice chunk of boogie, eat it. This will put your friend’s boyfriend at ease since no one feels sexually threatened by a nose-picker. If this doesn’t work, butt-picking is also an option.

Really, just pick a hole to start with and work from there.

We’re all adults here, but everyone knows that you can never be attracted to someone after you’ve watched them crap their pants. They can take all of their clothes off and stand there, glistening and godlike, but all you’ll be able to think is, “Oh yeah, he crapped his pants.”

This should be enough to decrease your threat level to the point where your friend’s boyfriend can accept your presence.

Option 6: Sacrifice a goat in his honor.

This is tough if you live in a city. But if you are able to get your hands on a goat, you can sacrifice it as an offering to their love. You can videotape this and send it to them or do it right in front of them in a field, preferably beneath a large tree.

This proves your loyalty and commitment to remaining just friends, and if they seem disconcerted by the whole ceremony, use some of the blood to sacrifice your soul to Satan in exchange for understanding on the part of your friend’s boyfriend.

These methods are for all genders and sexual orientations, just switch the pronouns.

Why Men & Women Can’t be Friends. I’m a Man, My Closest Friends are Women, & I’m Okay with That. Why We Need to Have Friends of the Opposite Sex.
See relevant Elephant Video