Lessons from a Bottle of Pills. 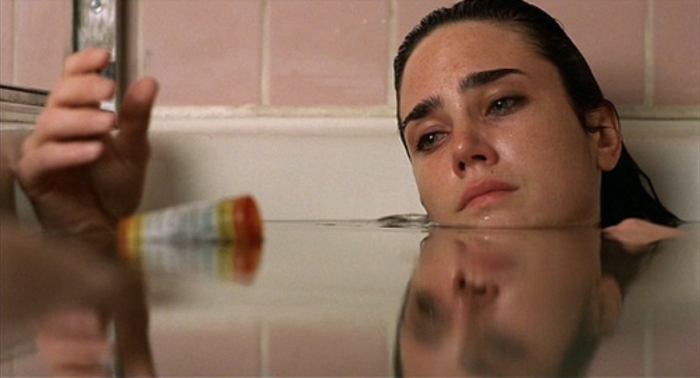 “This pain is not bearable,” I whispered to nobody, because nobody was there.

Nobody, except for my dog, who did his best. He laid his head on my feet, or tried.

There was so much pain running down my body, from two lines starting at the top of my head, down my neck, my back, and all the way down my legs into my toes.

This was a three-day flare up, and the pain was as bad as it had been two days after the car accident that happened almost two years ago. I had done no heavy lifting, no sudden tweaks, nothing except have an extraordinarily happy week. Nothing except maybe feel a little too full of myself.

“You really think you’re something, don’t you?” ran through my head—my mother’s vicious hiss any time people paid attention to me, or told me I was talented or beautiful. Any time it looked like I just might believe it, she stepped in swiftly to knock me off that cloud lest I float away from her.

This is how I felt, like I had been knocked off that cloud, landed hard, and my whole body felt it.

At 11 p.m. on the third day of unrelenting pain, I finally thought I had earned a pain killer. I lay naked on the bed, because even the feel of my nightgown against my hips was painful, and I was desperate for something, anything, to make it stop. I rifled through every bathroom drawer, looking for something I could take.

At the bottom of a drawer with numerous bottles of body lotion, I found a bottle of Tramadol from 2017. Oh, yes, I remember that. The doctor I saw for pain thought that it would help me sleep. I researched it and found out it was an antidepressant. Clearly, he understood that there was more to my insomnia than physical pain. I hadn’t told him that my depression was worse when I was in physical pain—I guess that is just an obvious conclusion.

I took the Tramadol a few times, but it made me loopy in the mornings, so I stopped. I was already on an antidepressant anyway, until about six weeks ago, anyway. I looked at the prescription bottle in my hand, opened it, and found it to be nearly full.

“This,” I thought, “would make it stop hurting. There’s enough. I’d never wake up.”

These kind of thoughts aren’t new for me, or for many survivors of childhood trauma. Suicidal ideation is something I’ve had as long as I can remember. I always told myself, and my counselors, that they were just thoughts, that it didn’t mean anything, because the truth is that I never wanted to die—I just wanted to stop hurting.

When I was younger, I had dreams to look forward to. I couldn’t take the chance that some wouldn’t come true because I wasn’t around. And when I had my son, I knew I could never leave him. He needed me, and the thought of hurting him or not being there to protect and guide him through life was more than enough to keep me grounded. They were just fleeting thoughts.

It just meant that I wanted to stop hurting, that’s all. This time it was different, though. I’d never held a full bottle of pills in my hand and opened it, and looked at the glass on my bathroom sink, and stood frozen, picturing myself turning on the faucet, filling the glass, emptying the pills into my hand, and gulping them down a bit at a time, to make sure I didn’t choke. I stood for probably five full minutes with the bottle in hand, turning it, reading the information on it…thinking.

My first thought was that I would need to send a message to my son to come and get the dog. I couldn’t stand the thought of him being hungry and scared when I didn’t wake up. Until I didn’t show up somewhere I was supposed to be, nobody would notice that I was gone. There were notes that needed to be written. My son deserved something lovely and full of wisdom and strong advice and assurances that it wasn’t his fault, and reiterating all the loving things I’ve already said to him, things I’d told him his whole life.

I raised him. I did a good job. I’d already said all the things, but I couldn’t stop thinking about what he deserved, in the way of an explanation, that I needed to plan. And then there was my family, and some friends, who would want to be acknowledged. I suddenly became exhausted and went to sit on the bed. This was way too much work for a woman who’d been in intense pain for three days.

I put the bottle down. I didn’t have the energy for notes, or making sure my son had my bank info. I had no strength for all the minutiae, all the details, all the words, all the feelings.

Then, finally, the image of my beautiful son in tears, holding the dog, and left without his mom; and even though he doesn’t “need” my daily presence—to live in my home, to be fed by me—he still needs the love that I know he can feel wherever he is, because our souls were intertwined for nine and a half months while he grew in my womb. We have a bond that is surreal and so beautiful. I know nobody else can make him laugh the way I do, and I know as grown as he is at 20, that losing his mom would destroy a part of him.

I got up and walked, bottle of pills in hand, to the kitchen, where I put them away. I don’t know why I didn’t dump them out. Maybe I just need to hold them every once in a while and remind myself that I have options. We all have options, and every once in a while, we need to ponder them fully to make us realize that we do actually value our lives, and even if in the moment we are in too much pain to fully value it, there will always be somebody whose life would be forever changed should we choose a deliberately early exit.

Maybe I need to remind myself that, while I know I won’t take my own life, I understand why people have. There are moments when the pain seems like it will never relent, and to live like that forever seems unbearable. I understand, but I wish I could help anyone at all who can’t understand that pain ebbs and flows, and that the beauty of life and the love of even one other person is worth fighting through the darkness when it comes.

I laid down in my bed, meditated, stretched, reminded myself of the things coming up that I wanted to do, snuggled my sweet dog, and at 3 a.m. finally drifted off to sleep. When I woke, six hours later, the pain was gone. I took my dog for a walk. I stopped by a friend’s place and got a hug. I learned a new song I’d been wanting to perform. I sent my son a text.

I don’t know when a bout of pain or a deep depression will come again. I just know that I will choose to live through it. 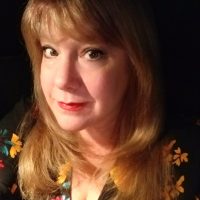 Karen Sipes is a performer, acting on stage since the age of three. She holds a degree in vocal music, having put herself through school. She has toured as a soprano soloist t… Read full bio

Image: "House of Sand and Fog"/IMDB

Suicide: the Struggle, the Truth, the Light. Those who Live with Suicidal Thoughts are Strong, Not Weak.
See relevant Elephant Video