How we can Parent in an Age of Violence.

Reading the news this week makes me feel like a monster.

My friend, a child therapist and descendant of survivors of pogroms, agreed. “I feel sickened,” she wrote.

There we were, a child therapist and a professor, both mothers of small children, trying to digest the disturbing news of climate change, detention centers, and multiple public shootings.

The event we fixed on was not the incomprehensible gun violence in El Paso, but an event connected by the drama of immigration, which transpired over a year ago further along the Texas border: the death of Mariee Juárez, who was 18 months old, just a baby, she was barely able to walk when she was put in an “icebox” to sleep on a concrete floor, often refused medical care by doctors when she lost eight percent of her body weight.

And finally, the hemorrhage that led to irreversible brain and organ damage before her slow and painful death.

My own child is young enough that I remember my own baby’s cries through the night because of teething. The simple question of whether I raced to comfort her quickly enough can leave me sleepless for hours. Like many mothers, I have cultivated a sense of her feelings from the day she was born. Just as surely did Yazmin Juárez, Mariee’s mother, have feelings of this kind. Separation from Mariee must have crushed her—emotionally, morally, and mentally. I have been looking at a picture of her in the courtroom, wiping away a tear, and it makes me ache.

My therapist friend felt the same, but she shifted the conversation from grieving to what could be done. We talked about what working parents can do. Folks like my friend and I—who juggle careers and small children—often don’t have much political or economic power to help children detained at the border. But we might participate by writing, sharing, and talking about initiatives that were working. So we shared initiatives that bring some transparency to the border. We reviewed examples of people engaged with the news, like those donating money to coalitions to help the children.

Perhaps the smartest initiative was a map of detention centers and allied institutions gathered by another friend, Alex Gil, a librarian at Columbia University. This work shows a kind of labor that almost any of us can emulate and support—collecting data, documenting the event—and building resilience networks to support those abused children upon their return.

Working toward a less violent community can be as simple as sharing information, or shifting the messages of a podcast or a blog to deal directly with violence, the future, and the world we want for our children. For those who have other resources to share, there are further opportunities to plug in. The map of allied institutions lists resources for survivors of the detention centers.

The existence of the map means that any small community with resources can connect with a larger network; thus Rebekka’s circuit of child therapists who want to help, her podcast, or the local preschool with extra places, the church with an extra house, the pediatrician’s office with hours to volunteer, the law firm willing to offer pro bono counseling—all of them can list themselves as resources and connect.

Some of the journalism we encountered about the detention centers included a terrifying warning about the fate of kids housed there. Science would suggest that those centers are engineering a generation of psychopaths. The children in Dilley, Texas, have been exposed to conditions that may portend an inhuman disregard for the life of others; not because of their parents, but because of the actions of the United States acting in concert with a “conservative” immigration policy.

“Conservative” is in quotation marks here because traditional conservative idioms of politics emphasize the importance of those institutions that care for children, including the family and motherhood. Another generation’s style of conservatism recommends sustained relationships with family, and always warns about the harm to happen when the state takes control.

The detention centers represent a far cry from such “conservative” impulses, and a historian might ponder the reasons for that distance at length. For us, reading about the detention centers was sufficient to ponder what an alternative image of “family values” might look like.

My friend the therapist is deeply aware of the potential long-term consequences of generational harm to children in large numbers. She runs a podcast about parenting that combines insights from neuroscience and scientific studies of parenting to help parents talk through temper tantrums, redirect aggression, and remain connected with their children.

Research emphasizes that the feedback a child receives from his or her parents directly affects how much depression or anger a child later experiences. The specter of a generation of former detainees of state-led immigration centers—themselves children of loving families thrust into the conditions for life-long trauma—represents a nightmare for both liberals and conservatives. It calls for an immediate shift in policy.

But my conversations with Rebekka drew my attention to another possible action: the important work to be done in reading, writing, and talking about how parents need to represent a front line against dehumanizing political institutions.

Raising engaged, aware citizens with a healthy regard for other human beings has everything to do with parenting, that is, with making sure that the rage circuits of the brain aren’t activated.

Rebekka’s podcast is mainly geared toward using modern neuroscience to answer questions about parenting as an individual family. Her episodes ask: Does science tell us about how to raise children who aren’t paranoid or riddled with self-doubt?

Our conversation about politics made clear, however, that we need more work that connects the dots between the life of an individual family and public policy. How is my parenting going to raise a child who can survive contemporary politics? How can I work with other parents to raise children whose values will make a better world? How can we take a stand, as parents, against our nationally elected representatives endorsing detention centers that treat them with dehumanizing levels of neglect and abuse that will affect their neuroprogramming for the rest of their lives?

Many parents would benefit from an episode of a parenting podcast that talked about what it’s like to parent in a time when other children’s lives are being treated with negligible concern for their humanity occurring just a few hours’ drive away. It would be a prelude to thinking clearly and talking about so many other concerns I have as a parent—raising a child in a time of climate change, at a time when the basic values of democracy that I took for granted growing up seem under assault, and at a time when mass shootings happen with shocking regularity.

I too could use more input about mothering/parenting that focused explicitly on how these techniques could create a better society for everyone and thus a better life overall for my child, not just a single more resilient individual.

The Right cornered this space in the 1980s with “Focus on the Family.” But the issue of how the “values” of child-rearing encapsulate larger values for the collective isn’t their monopoly.

Parents, therapists, and librarians who talk about Dilley, ICE, climate change, and mass shootings in between discipline and diaper rashes, are in a place to reclaim some of this discourse.

Parents share many points of view: Are the school lunches healthy enough? What about bedtime? How do you get time with yourself? We also need to be talking about why we value raising curious, open-hearted human beings who can think for themselves, question us, stand up for themselves—and plot ways of reestablishing justice.

We do whatever we can, with our current talents, connections, and resources, so that our kids will know that we weren’t just sitting around.

We want to raise children who remember always that their parents wanted a less violent world for them. 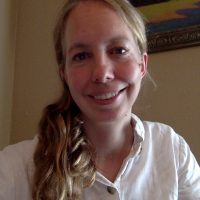 Enough is Enough. How to Raise Mindful, Compassionate & Engaged Warriors. Why we all need to Stop Worrying about Climate Change.
See relevant Elephant Video