Until Death do us Part—or Knot.

And it’s not the first time.

I tell myself my first marriage barely counted—it was brief. We were young. We produced no children and held no land, so leaving was easy. The most difficult part was deciding who got the Pfaltzgraff.

I’m now able to make light of what happened way back when. The wound has healed, the scab has fallen off, there’s nary a scar—only lessons learned.

The second time has been entirely different. Our relationship spanned three decades. We grew up together and then we grew apart, together. In between the children, the shared businesses, and the mortgages, all the responsibilities made us stick together like glue. Given enough tension and time, though, even Gorilla Glue breaks down.

As the common denominators that created our shared experience of life fell away, the glue weakened. We drifted in different directions, dramatically different. The gap became wider until there was little common ground between us, just a lonely void.

Fast-forward to life after divorce and the traditional marital vow of “for better or worse” still applies. Professor Richard Lucas at Michigan State University reported that the level of life satisfaction of divorced adults does not recover to pre-divorce levels even six years later. Of course, each situation is unique, but as a general rule, divorce is not an easy road. There are bumps along the way, some predictable and others surprising.

When we are focused on removing ourselves from a union gone wrong, we may not always consider the weight of the emotional baggage we’re about to carry on the next part of our journey.

Divorce can trigger all sorts of feelings, including grief, loneliness, depression, despair, frustration, anxiety, anger, and devastation, to name a few. And it seems there are as many programs to help us through the transition as there are negative emotions.

The most difficult emotion to deal with seems to be shame. Divorce Experts Laura Bonarrigo, Sonja Stribling, Cherie Morris, and Pegotty Cooper were interviewed by YourTango Expert videos to weigh in on the causes of divorce shame. While most would agree with the undeniable sense of failure and guilt (think children) that divorce can bring, the invisible but overriding source seems to be society.

When we are single and head of household, we pay more to the tax man. Penalized.

Though you may not consider yourself to be religious, organized religious dogma runs deep in our cultural consciousness and that of our neighbors. Sin.

Our friends and associates come from many different backgrounds, and it’s evident that most don’t know how to support their divorcing friends or family. People are often left alone to deal. Outcast.

Ouch. That’s a lot of shame and pain.

Statistics also show that 48 percent of those who marry before the age of 18 are likely to divorce within 10 years, while 60 percent of couples married between the ages of 20-25 will end in divorce. Those who wait to marry until they are over 25 years old are 24 percent less likely to get divorced.

One might think they’re safe from divorce if they marry in their older years, and while there’s some truth to that, CBS ran a story in 2013 which included a study by Daniel Gilbert, a professor in the department of psychology at Harvard University, who concluded, “It’s hard to imagine ourselves in the future. That mistakenly causes us to think we won’t change; what our study shows is that people dramatically underestimate how different their future selves will be.”

What those statistics speak to, in my opinion, is the inevitability of growth, change, and transformation. I believe we are put on this Earth to grow through change, yet traditional marriage frequently places roadblocks in the way of personal growth—so we leave.

Given the current divorce rate, and the amount of people who unhappily stay together out of obligation, perhaps it’s time we move away from the expectations of our current mindset of “’til death do us part.”

As a society, we may need to look past our current tradition to one from days gone by: handfasting, an ancient Celtic tradition with pagan roots.

The handfasting ceremony is performed with cords that are loosely knotted around the wrists of each person. There are no rings to symbolize the union.

This contract of togetherness can be legally binding, or not. By its nature, it leaves room for each couple to design an arrangement they feel comfortable with. At its essence, people who choose the handfasting ceremony respect the reality that change happens and there is no need to punish each other because of it.

The premise is that each year and a day, the couple asks, “Is staying together still in the best interest of both of us?”

They have the option to continue or part on good terms knowing they will each be better and wiser for their time together. If a couple decides their union is no longer serving their greater good, they go through a handparting ceremony, the symbolic knot loosened by their own accord without the aid of lawyers, courtrooms, thousands of dollars, shame, and guilt.

When we bring consciousness and intention into our relationships, our unions, it is often easier to see where they serve us. A societal and legal obligation, such as traditional marriage, doesn’t often provide room for such honest reflection.

Perhaps it’s time our society looks for something better—not a new way, but an older way. 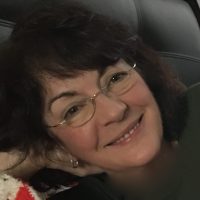 Marriage as we know it is Dying—what we can Rebuild in its Place. I Didn’t Quit my Marriage. I Survived It.
See relevant Elephant Video