The Art of Intimacy: What it takes to be less Lonely. 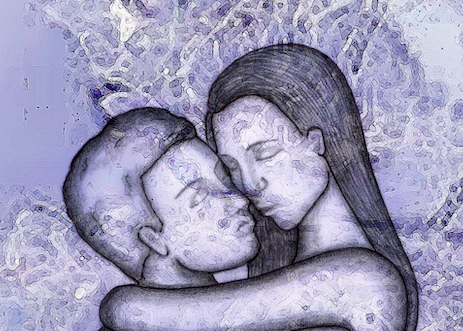 Some time ago, I read The Opposite of Loneliness by Marina Keegan, a 22-year-old writing prodigy killed in a car accident upon graduation from Yale University.

She opened her award-winning essay, which spawned an extraordinary, posthumous bestselling book of the same name, with perhaps the most succinct distillation of human suffering ever articulated in print.

We don’t have a word for the opposite of loneliness, but if we did, I could say that’s what I want in life.

To find the word for the opposite of loneliness, we first need to define the word itself. Loneliness is commonly articulated as the sensational byproduct of being physically, mentally, or emotionally alone. For example, if you had moved to a new city, or started a new job, and maybe the others would initially look at you like you’d grown a second head, as a curious interloper from another planet thrust into a foreign culture. That’s almost loneliness, but still not quite right. Real loneliness runs deeper than that. It’s feeling alone even when you aren’t actually alone.

Have you ever had the overwhelming sense of being alone, despite a venerable cornucopia of people you could call to knock back a cocktail or 12? Do you, perhaps, go out, and then stumble home at 3 a.m. and choke half to death on your own self-loathing? Each early morning ending exactly as the day began, no closer to those you’d gallivanted around with, and your cat silently judging you, while your friends text you and say “Man, that sh*t was epic,” yet you still feel apart? Grand loneliness can arrive cloaked in a long con of community.

When you’re with people, you speak and receive faint nods of approval, off-hand laughter, and pithy responses to zingers or outside-the-box thoughts. You might share a common ground, a common goal, or a common interest. You disperse to bond another day. And yet you’re still left wondering why it isn’t clicking. You may describe your relationship with the world as a car in second gear, a fire-hose bulging and bursting from the inside out, yet a mere mist when sprayed at its target.

Loneliness is an unfulfilled desire for connection with others, a loathing, and resignation that’s directed inward; the electrical voltage that sparks connection, reversed and turned upon itself, paralyzing you the way a Taser would. You’ve watched your authentic self wall itself off from others; the communication with the outside world is tense and terse.

Guarded sharing is risk mitigation applied to social settings. It’s a series of quick-win verbal habits that are designed to be snackable content IRL (in real life). Everyone loves a biting wit, a compliment, or good news. Bring enough of it to enough people and you’ll make them feel warm and fuzzy all over. These are oral slap-singles, and they’re nearly a bulletproof way to be likable. Maybe you’ve done this. I’ve done this often. In fact, it is my default setting. Make people smile and laugh, and then vanish into the ether.

I don’t suppose I need to tell you this makes me a hit at parties, and also, surprisingly awkward. And here’s the stinging truth: a lot of likable people are completely lonely. Picture a homeless man who smiles, says “I love that shirt,” and wishes you “a blessed day” before retreating to the solace of his overpass shelter. And you can also see examples of this scrolling through your apps.

Let’s talk about social media for a minute. We craft these burgeoning social networks, and (supposedly) gleefully overshare in the hopes that somebody—anybody—will relate to us. Perhaps you’ve widened your network to one, two, three thousand people that you consider friends, or sought out an avalanche of hearts and likes on a professionally candid photo, or a status that doubles as an epic depiction of your success, or a meme articulating distrust of the government. Perhaps you’ve occasionally received that validation and it momentarily made you feel less lonely inside. Perhaps the words and pictures were so good and rang so true that they could not, and shall not be ignored.

But when all reaction is currency, and all reaction is cursory, self-loathing, self-doubt, and the other two horsemen of the self-pocalypse ride into our virtual town. What your writing and posting and taste in YouTube videos say about you is, ultimately, that you’re worth listening to. I’ve experienced this on Facebook in response to cross-posting my many Medium pieces. But is that a precursor for becoming less lonely?

“You’re so vulnerable,” my friends would tell me. “It takes so much strength, courage, and guts to bleed onto the keyboard for all to see.”

Ahhh…but the masses have been duped. For what I share with anyone isn’t indicative of any sort of emotional vulnerability. I am broadcasting—a far less personal or emotionally risky endeavor than conversation.

Broadcasting things may make you someone worth listening to, but only conversation can confirm to people that you’re someone worth truly knowing. Those two ideas and those two classes of people are poles apart. Becoming someone worth knowing requires reciprocity and vulnerability. It requires actual investment of emotional capital into people you wish to know. And there’s only a fixed amount allotted for distribution, in a deeper way than taking 15 seconds to “like” and comment, anyway.

Keeping up a friendship requires resources. To be someone worth knowing requires real, human interaction: conversing beyond quips and quick-hits, seeing and sharing activities beyond Buzzfeed links, expressing differences, changing minds, passionately defending the points that define our character, coming through when it matters, asking for (and offering) favors. This is what makes this life worth living.

When we’re lonely, what we’re really craving is more connecting, not more connections. Stumbling home after 3 a.m., exhausting every truth we have in our arsenal, armor laid at the feet of our social sparring partners. And that leads us back to the opposite of loneliness.

The opposite of loneliness is intimacy—the act of revealing your whole self to someone else and having them reciprocate. It is something you can only do one-on-one, face-to-face, soul-to-soul. When we stop taking hacks at softball pitches and start swinging for the fences, our acts and ideas first clear, then crumble, the walls we’ve built to protect ourselves. Intimacy is an act of love, an act of self-love, and an act of defiance all in one. It’s gritty, emotional, raw, unfiltered, unabashed, unpretentious, and unguarded. It’s more than talking about things together. It’s being and becoming about things together.

For what are we in this world if not connectable, interlocking parts? What is this joy, suffering, talent, and wisdom, if not to be shared and imparted? How much has gone wasted or unremedied due to our inability for intimacy, our own tight-lipped, tightly-wound tendencies? A soul is not a silo, a mind is not a mine.

We worship, learn, aid, sing, watch, call, visit, f*ck, create, talk, love, try, read, and write to bring ourselves closer. To make whole what we lack in the emptiness of loneliness. Each deeper connection creates deeper character, with more room to grow, more to lose, and more to become. A heart unbroken is a life unwagered. A dream undashed is a life unlived. To play safe, to play solo, is to play a fool’s game—we may find success in rising above the rest, but we may only win by lifting up others.

This requires intimacy. There are no work-arounds.

Indeed, we’re only unburdened when we let our heart hang out the window to dry—when we let it be warmed, broken, run over by a semi, lifted, toyed with, and embraced. Intimacy requires the courage to make enemies as easily as we make friends, and watch the world dare to stand with us.

This is how we beat back the gray twilight of loneliness and find ourselves in the company of those we’ve challenged to truly see and accept us for who we are. It’s that feeling of two (or more!) human vessels for unchecked, unabashed, unmitigated joy reciprocating that truth, love, and splendor between each other, a game of emotional and intellectual catch where neither drops the ball. It is the transcendence of body as prison, and it is the momentary defeat of our uniquely human tragedy.

We don’t have a word for that feeling yet, but if we did, I could say that’s what I want in life. 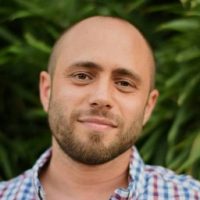 This is what Real Intimacy Is. What I Found when I went Deep into my Loneliness.
See relevant Elephant Video