True Love isn’t a Fairy Tale. True Love is in the Magic, the Mess & the Mundane. 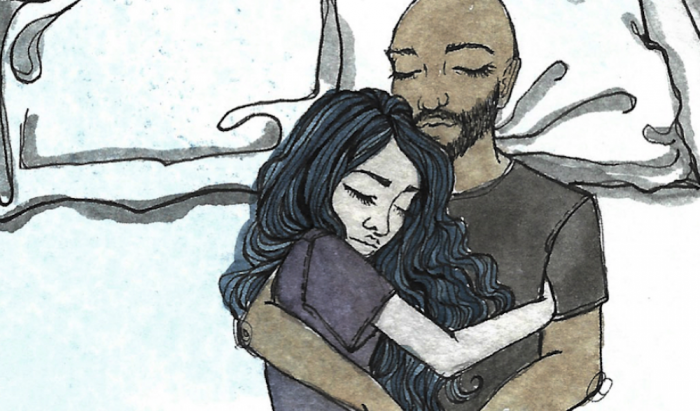 I ruined “The Avengers: Endgame” for my family.

I couldn’t get past the imagined trauma of all the people who were brought back at the end.

What if their loved ones moved on? What about their children being five years older? What about children coming back to find their parents maybe died in the intervening years?

The trauma of suicide. Cancer. Disease. Heartbreak. It’s a mind-f*ck.

My husband pointed out I was spending too much time analyzing a movie about superheroes and space and aliens and time travel and magic stones. And my response was: If I’m going to watch a movie based on such an absurd premise, I want it to be believable. I want writers more clever than me writing something engaging. And the writers of “Endgame” totally lost the plot.

But what really terrified me was Captain America. He went back in time to choose someone. Listen to how crazy that is. How does his relationship survive that kind of pressure? That’s a lot to ask of someone; I chose you. I came back in time to be with you.

What happens if they break up? Or if she cheats? Or one of them can’t stand how the other one loads the dishwasher? They were destined to be together. Does destiny keep us grateful, or does it set unrealistic expectations that crush us?

It’s not like one of us went back in time, but I described my husband to a tee before I met him. And before he stumbled into my life half-dressed and with a broken arm, an astrologist predicted I would meet and marry him.

Was any of it my choice? Does it really matter?

But there is a scared little spot in my big toe that I try to pretend doesn’t exist until I stumble and stub it into something, and I’m confronted with the terrifying thought, Was any of it really my choice? And what happens if it fails? Will it be a worse failure because it was so predetermined and perfect, from the start?

How do we reconcile fairy tales with real life? With the daily crushing exhaustion of early parenthood? With family dynamics and aging parents in different countries? With feminism and the inherent inequities of parenthood? With emotional labor and insecurity and pregnancy and changing bodies and meal prep and laundry on every surface (horizontal, vertical, chairs, beds, bookcases)?

But what about those who are living what they and others believe is a fairy tale?

Many loved ones shared this exact same sentiment with us after our wedding ceremony: “This. I want this. You both have it all. You have the love story that reads like fiction.”

We’re human. Complacency creeps in, and computer screens become evening partners. We take each other for granted. We complain. We curse under our breath when half the dishes are done and half are left on the counter for someone else to put away.

No, actually, that’s me. I’m doing the cursing on that one.

We dream about easy travel plans, not worrying about the cost of childcare, and sleep. Oh, sleep. How many marriages fail for lack of sleep? Because, seriously, sleep is the difference between laughing something off and tackling each other verbally with six months’ worth of grievances.

We also had the fairy-tale start.

We met on a beach in India. Almost exactly three weeks after an astrologist said I was going to meet a man in the next month who would become my husband. And four months after I described the man I was going to meet, to my mom at a messy kitchen table:

Tall, at least six foot. Funny. Attractive. Not an only child. Good relationship with his mom. Intelligent. Educated. With his sh*t together. Probably older. From Scotland or Ireland. But with caramel skin.

In a lot of ways, I was describing a swarthy version of Jamie from “Outlander.”

And it worked. I met him. As you do, amongst the mangroves on a white-sand beach in the Andaman Islands, in the middle of the Bay of Bengal, 6,354 miles from home. A stranger in all senses of the word. I didn’t know his people. His background. His raison d’être. Or how much Formula One and cycling I’d eventually have to watch.

But I fell hard and fast and completely.

Eight-and-a-half years, 13 countries, two children, and one hedge later, and we’ve settled into the life of parents with young, sweet, perfect children who sap our energy and drain our emotional reserves.

We’ve graduated from romantic fairy-tale getaways to “Is it worth putting pants on the children and getting in the car to go there?” Probably not.

And it’s hard. Life, marriage, parenting—it’s all hard. But everyone and their aunt will tell you, this is also a temporary state. Our children won’t be little hellions forever. They’ll eventually sleep through the night, and we’ll eventually have a date night that doesn’t have to compete with a nap.

This is just a new chapter of our fairy tale. A chapter that isn’t often told. One that we all seem to conspire to hide from others.

But because we truly know.

We know our hearts aren’t blinded by the glitz. We choose our lives and our loves under florescent lighting and in ugly jammie pants.

This is where true love thrives.

In the dirt. The crazy. The frustrating. And the miraculous.

I choose to love my partner not because it’s sexy or because it’s rebellious, but because I can imagine my life without him—and f*ck that, it isn’t the life I want. I want this. The messy and the magic.

So maybe Captain America’s choice wasn’t so radical. Maybe it’s the same choice we all make every time we roll over and kiss our love good night and don’t apologize for our unshaven legs.

What is love if it isn’t a masterclass in acceptance? Not of the terrible, but of the heart-clenching, beautiful mundanity.

This messy thing called marriage and parenting young children is much more interesting.

When you Fall in Love with a Foreigner. Love is not a Checklist.  This is what Real Love looks Like.
See relevant Elephant Video