What Hitting Rock Bottom in Love taught me about Addiction. 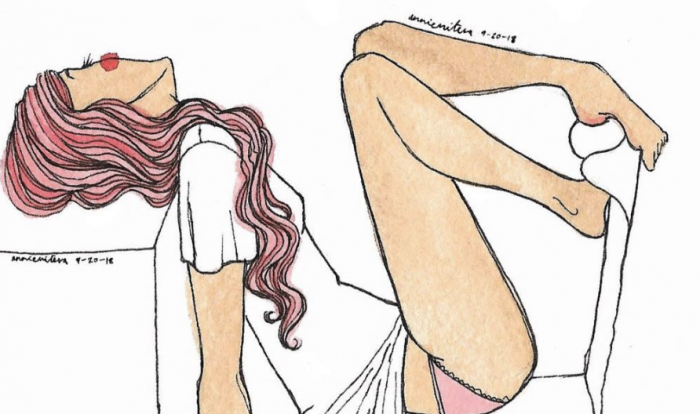 When my love affair crash-landed last week, I felt something inside of me change in a profound way.

Instead of my usual tendency to call a variety of friends to vent or work all of it out, I sat silently with it for days on end. I can’t be entirely sure, but I suspect that is probably why I was able to feel so deeply into what was going on with me.

It was familiar. As a matter of fact, it felt a lot like a moment nine years ago when I felt so much pain from my addiction to substances and the lifestyle that accompanied it, that I made a solemn resolution to do something about it. It is a phenomenon that is usually referred to as “hitting bottom.”

The interesting thing about “hitting bottom” is that, for the most part, it’s a personal choice. It’s a threshold we set for ourselves as individuals. My “bottom” with substances was not quite as low as others I have heard about. I was never homeless, without an income, or in trouble with the law—I had just had enough. I had just turned 40 and it became readily apparent that everything needed to change—now.

It’s that feeling of urgency that separates one’s usual feelings of regret and remorse to the moment we finally hit bottom. When a person decides that everything has to change “now,” it implies that a plan is about to be made—a change is on the horizon. I’ve heard it said that this moment is when the pain of continuing becomes greater than the pain of changing. It may actually be that simple.

The longer I remained in solitude, the more I was able to get clarity. As I gained this clarity, the changes in my behavior were astounding. I first noticed this when the person who just broke my heart and transported me to this significant place emailed me, and I just deleted it without reading it. This is something I never could’ve gotten myself to do even a month ago.

The next day she texted me and asked if I wanted to talk about why things went the way they did. Once again, in the past, I would’ve wanted to text back and forth immediately to feel out if there was any way to get her back. This time, however, I finally had the wherewithal to tell the person that I still cared deeply for them, but that it’s probably best that we don’t communicate anymore.

I almost could not believe what I was doing. It wasn’t just totally out of character for me, it would’ve been impossible for me before that very moment. I would never have had the strength to stick to something like that.

Even more than all of this, though, was the resolution I made to stay out of any and all intimate relationships with women for the next year. I have read many articles where this idea has been discussed, and it has always filled me with dread. I just could not imagine taking a vow of celibacy like that.

This time was different. I was ready.

I will do whatever it takes to make this pain go away. I know—maybe from my experience with sobriety—that my only chance for meaningful change is to remove the “substance” for an extended period of time. This, I believe, is how we re-wire our brains and change destructive patterns. And that’s what this was.

If I had to be completely honest, my issues in this area were more destructive and more deep-seated than the issues I had with substances. My drug problems manifested after college, whereas my tendency to gauge my value based on who I could get to love me began in junior high school. It may even be the case that the substance issues were a Band-Aid for the self-esteem issues. Perhaps I am finally getting to the root of all the problems.

I could feel my self-esteem begin to heal at the moment that I decided to do something to fix it. This was truly important. I never realized before that moment how much power I was giving to, what amounted to, complete strangers—for my entire life. I wanted to be loved so badly that I would do just about anything. Ironically—as is the case with most addictions—the thing we are hoping will fix our problems actually makes the problems worse. In other words, the tendency I had to compromise myself so fully to gain that love, damaged my self-esteem even further.

Earlier today when I went to my children’s mother’s house to pick the kids up for breakfast, I locked eyes with my ex, and my entire body started to tingle.

I looked at her face and her hair, and I was overcome with an unyielding urge to just reach out and hug her. That’s all I wanted. A hug. It was visceral and it felt like a demonic thirst that needed desperately to be quenched.

After we drove away and I was able to regain composure, I knew exactly what that attack was. It was an addiction, and addiction is no joke. It is cunning and baffling, and it will take you down if you allow it to. And so, like all other addictions, I am going to focus on a daily reprieve from its spell. I am going to make it through today and deal with tomorrow—tomorrow.