5 Signs your Relationship is Over (or Needs serious Help). 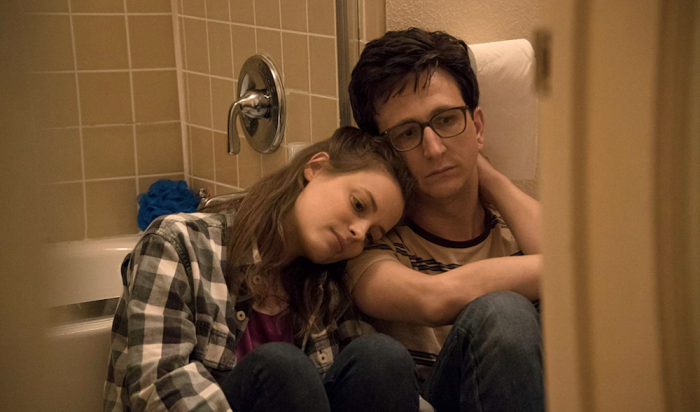 You might find this useful too: 7 Things We Say that F*ck Up our Relationships (& How to Fix Them).

Everyone will try to save a sinking ship, but eventually you can’t deny the power of the ocean.

When try after try doesn’t work and those holes in the boat keep letting water in, you either go down with the ship or strap on a life preserver and start swimming to shore.

But what if the weak points of the ship can be spotted out before getting out to sea? What if we can avoid the pitfalls of a bad relationship without going through the trials and pains of a lousy partner? Sometimes cutting it off without years of drama is the cleanest way to get back to a healthy us, back to who we know we are.

Here are five signs it’s time to call it quits, move on, and begin the recovery process.

1. The dedication to change is one-sided.

When fixing a relationship is a struggle, it’s usually because one person is a deadweight and doesn’t want to grow up and take on responsibility. I’ve seen it both ways; either the man doesn’t listen to the woman’s cries for expression and support, or the woman has already decided she doesn’t want the relationship anymore but can’t express herself due to dependency or fear.

If one person wants the see a therapist, save the marriage, seek out help, or try new things to keep things afloat, but the other person doesn’t reciprocate, then the relationship is usually a lost cause. Both partners need to want the change and try hard to make something happen. The desire to change is not enough, and empty promises eventually fall flat and do nothing but keep an open wound from healing.

2. There’s no commitment early on.

I’ve counseled many people in relationships over the last decade, and I see a common thread among broken or damaged relationships: neither person ever committed to the other person. Maybe it came out of fear—some people don’t want to appear needy and push the other one away—or maybe when we think “everything’s finally good,” we don’t want to spoil it with rules that may scare someone. Either way, I can tell early on in a session when one of the people isn’t actually committed to the partnership—and never actually were.

There’s a reason people set rules early on, become exclusive, and set boundaries. And there’s a reason marriage exists. Nowadays, people are anti-marriage, and it is not a good sign for the man’s commitment.

Ladies, if you didn’t realize it already, men won’t commit if they don’t have to. Commitment is a step in adulthood. It is a step into the unknown, and the unknown can be scary. If a guy can keep his friends and video games, he will. So when you decide to actually settle down and buy a house years later, you may be surprised when he doesn’t wash the dishes or take out the trash—you never actually told him he had to grow up and take responsibility.

Men, put a ring on it, grow up, commit to her fully, and actually want a family. If you can do that, then you will take away most of her insecurities. If not, she may find someone who will commit because she is on a timer and doesn’t have forever.

I can’t tell you how many times I hear that people are just scared to talk to each other. Not wanting to create conflict is a conflict in and of itself. People, if we aren’t willing to stir the pot or crack some eggs, then we are going to starve. Sometimes you need to charge headfirst into a conflict so that nothing is swept under the rug. If you are a decent person and have some sense of empathy, courage, and openness, then you can resolve most situations by just telling the other person how you feel.

Keeping how you feel bottled up will eventually destroy you from the inside out. Everything is your fault, and that includes all the little things you don’t say, slowly letting their habits get under your skin. Over time, that leads to you losing yourself and wondering who you’ve become and who is living in your house. ⁣

That means it’s time to speak up and let them know how you feel—but the trick is what happens after.⁣ ⁣Now that you’ve expressed yourself, you have to immediately renounce any attachment to your intentions. You’ve said your piece and need to wait for the other person to be receptive. ⁣Forcing your opinion on your spouse isn’t self-expression, it’s manipulation. And it isn’t healthy at that point.

Sex is a real thing, and it is as much of a signpost to a good relationship as communication. Affection, intimacy, attraction, and arousal are all signs of communication, and we don’t want bad communication. A big sign of a failing relationship is when you haven’t seen affection in a long time. Distance may make the heart grow fonder, but if that distance lasts too long then there is a serious problem.

Men, I’m not saying you need to tie her up and create a sexual paradise every weekend—but you need to tell her she’s gorgeous regularly, grab her and kiss her, and never stop making sure she feels noticed. And to add to her mystery, she won’t ever tell you she wants more of that kind of attention—you just need to take initiative and do it.

Suspicion, distance, constant differences, and avoiding the inevitable argument is bad news. Eventually, the greatest loss of a relationship is when trust goes and someone has begun mentally, and then physically, cheating on the other.

Mental fantasy of being with someone else is the first step to cheating, and it is a sign that things aren’t going so well at home. Those thoughts will eventually create a situation where you can cheat, and one spouse may start to flirt with the opportunity quite a bit. Not spending enough time together will leave that opening of space, and you get closer and closer to severing the most intimate bond a couple has.

Once someone is pushed far enough away from the other and adulterous fantasy creeps in, it won’t be long before the bond is broken and secrets begin flooding in. Arguing and challenge is part of a relationship, but not lies.

Breaking loyalty is often the final step of a relationship that needed to end a long time ago. I’ve seen infidelity on both sides, and I’ve seen it even with the person trying to get help for the relationship. It’s not that the person is right or wrong, they are just in an unhealthy situation where they can’t thrive, be challenged, or evolve with the union.

I’ll end by saying something possibly controversial, but in my opinion and experience it is true: women need to start dating men who challenge their mind, body, and spirit. Women tend to be most happy when their spouse is able to make them feel comfortable, nurtured, and secure. Usually, men who are fully grown and matured, hard-working and stable, and speak and dress well are the ones who can fulfill a woman who is ready to settle down.

Settling down with someone you aren’t sure about, someone you haven’t set rules with or even talked commitment with, or someone who doesn’t challenge you on different levels will eventually be easy to outgrow. Soon, the grass looks greener on the other side as the relationship devolves instead of evolves.

Couples should constantly seek to better themselves so they remain of value to the other person, stay in the physical shape you first met in (or better), and don’t assume the relationship will never end. 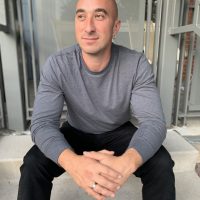 Rajan Shankara left the world at 19-years-old to become a monk and study his mind, find out what meaning and purpose was, and if meditation could take people to higher states … Read full bio

7 Things We Say that F*ck Up our Relationships (& How to Fix Them). Girl, it’s time to Move On. And then I Realized: I’m a F*cking Codependent. 9 Signs You’re in an Unhealthy Relationship. The Best Explanation of Cheating I have ever Heard.
See relevant Elephant Video