The Survival Guide for Mercury Retrograde. 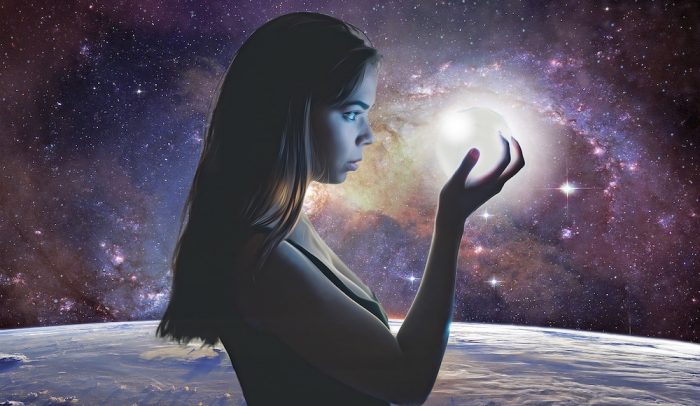 It happens three to four times a year for approximately three weeks at a time.

When you add the pre- and post-shadow phases, there’s an additional four weeks of tumult and perceived chaos in our lives that we dread well in advance.

That event is Mercury retrograde, which is when the planet appears to go in reverse orbit in our skies. It’s an illusion of our fixed-point perspective, but it’s turbulent all the same. Even if you say, “Oh, I don’t believe in that stuff,” it has an effect on us.

In astrology, Mercury is the great communicator, named by ancient Romans. They could view with the naked eye the sun, moon, and the five brightest planets. They named them after their most important gods.

Because Mercury was the fastest planet as it moved around the sun, it was named after the Roman messenger god Mercury. Mercury was also the god of travelers. According to myth, he had a winged hat and sandals, so he could fly.

This event has earned the unfortunate reputation of being “bad luck.” While that may be true for some, for others—like those born with Mercury retrograde in their natal chart—it’s a time for deep introspection, reflection, and creative growth.

Those born with Mercury retrograde (“Rx”) tend to experience turbulence in the pre- and post-shadow phases, with energy smoothing out during the actual retrograde phrase. It may manifest as if we’ve suddenly grown incredibly clumsy, having an irritating case of “butter-fingers,” or episodes when we can’t keep from painfully stubbing our toes on various objects we encounter.

Our computers might malfunction, or pets start acting in bizarre ways. Our automobiles may exhibit troubling symptoms of breaking down, or we may find ourselves stuck in traffic when we’re already late for an appointment. We may blurt something out loud that we meant to keep to ourselves. Or we stumble and fumble for the words when usually we are well-spoken and erudite.

Mercury rules communication, travel, electronics, and commerce. It is the ruling planet for both Gemini and Virgo. It is also known to be the “trickster” of the solar system.

There are ways to survive the planet’s retrograde phases and some precautions you can take.

While there is no foolproof way to avoid all of its effects, these will go a long way toward guarding against an excess of unfortunate events:

1. Be impeccable with your words.

This comes directly from Miguel Ruiz’s book, The Four Agreements. Think through what you’re going to say before you say it, not while you’re saying it. Take a few deep breaths and collect your thoughts, especially if you’re at a loss for words.

You don’t want Mercury feeding you the words, because it will most likely cause embarrassment or make you say something that you will immediately regret. In fact, you might go so far as to make notes on an index card to refer to so you know you’ll hit every point you mean to, and nothing gets left unsaid.

Be an active listener. Once we do break through and begin stating our own piece, Mercury retrograde will influence us to keep speaking long after we’ve said what we’ve set out to say. No one else will be able to get a word in edgewise.

There’s no need to dominate the discussion. Focus on the person speaking and take notes if you need to. Don’t interrupt. As others speak, send them positive energy to help them clarify their thoughts. Everyone can feel seen, heard, and respected.

If we’re feeling overwhelmed and unable to process everything that’s thrown at us during retrograde, take yourself out of the immediate situation and go out for fresh air. It’s easy to get discombobulated during these retrograde periods, so stepping away for a few minutes or more is crucial in clearing our heads and seeing things in perspective.

Things have a habit of breaking down or malfunctioning during Mercury retrograde, especially technological systems. If your website crashes or you are locked out of your email, use the time to disconnect.

Go for a walk, look at the sky, or dip your feet into the ocean. Remind yourself that sometimes we need a forced break from our devices to connect with what really matters. Use this time to commune with nature and you’ll find yourself better equipped to deal with things.

It’s well-known that one shouldn’t sign contracts or any kind of legal documents during retrograde, unless the process was begun long before the pre-shadow of the retrograde phase.

If you’re signing a new lease on a property, start the process well ahead of time so that when Mercury goes retrograde, you’ve lined up all the details and paperwork. This gives you more confidence going in, and often helps avoid problems later. (Even if you were born with Mercury Rx in your chart, it’s wise not to sign anything binding.)

And while sometimes signing documents during retrograde can’t be avoided, we can guard against mishaps by paying attention to every little detail. Don’t sign anything if you don’t understand the terms, or if you have questions. Perform your due diligence on anything written. If you aren’t comfortable with the terms, allow Mercury retrograde to break the contract and start anew.

Miscommunications can be a tremendous headache when trying to make plans, especially with groups.

Double-check everything. Then triple-check it. Verify the details. Confirm travel arrangements if needed, accommodations too, and make sure everyone is on the same page.

At the same time, understand and show compassion when someone misses a meeting or arrives late to your luncheon. Time is slippery and Mercury Rx makes it even more difficult if we’re not vigilant.

Mercury Rx is the perfect time to spend time alone with your thoughts, some music, napping, or otherwise connecting with your spirit, intuition, and nature.

Pets are a perfect way to spend time. They’ll enjoy the attention and affection, and so will you. Mercury Rx causes communication to flow inward instead of outward. We have greater access to our heart, mind, and inner compass. It’s a great time for journaling, taking a walk, pulling oracle cards, or exploring the inner workings of your mind. Gain clarity and be a better person for it.

7. Be open to a cosmic readjustment.

Mercury retrograde can be like a great, cosmic chiropractor. If something breaks or malfunctions in your world, consider that it is meant to do so to show you that it was something that had held you back in some way rather than helping you progress.

When energies are aligned (like our bones being in the correct position), we flourish and grow. If the planet is able to wreck things, then you can be assured that they weren’t properly aligned in the first place.

This is where Mercury Rx helps. It’s an opportunity to rebuild from the ground up. Renew the energy you began with originally. The next version will be much stronger, with a better foundation, and aligned so that it’s resistant to Mercury Rx’s sometimes destructive energy.

We can identify and understand when others are experiencing mishaps under Mercury Rx. Rather than letting them figure it out for themselves, perhaps you can step in and offer assistance.

Think of the adage, “Trouble shared is trouble halved.” We not only help them through their difficulties, but we help ourselves because we’ve shown compassion and empathy.

Don’t film their plight. Put your phone down (unless you need to call 9-1-1) and help! Everyone walks away feeling much better. Those in need know that the universe has sent them a sign that they’re not alone, and you will understand that helping others costs us nothing in terms of karma. You’d want some kind soul to help you when in trouble, so why not be that kind soul that they need?

Mercury Rx can also make us overly self-centered. When we help others even though we ourselves need help, that energy returns to us in myriad positive ways.

If you have questions about your natal chart and where Mercury is situated and how it’s aspected, schedule a session with an astrologer. If you don’t have one, find one. There are a number of reputable resources around the world that are helpful. Get a referral from a friend. 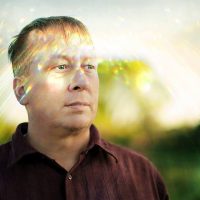 The Truth about Virgo—a Commonly Misunderstood Sign. The True Nature of Gemini. Is Mercury Retrograde the New Bullsh*t? A Crash Course for Non-Believers. I Always Find my Way Back to Her. Karma: It’s Not About what we Do.
See relevant Elephant Video