For the Tired Souls who know the Dark Battle of Depression. 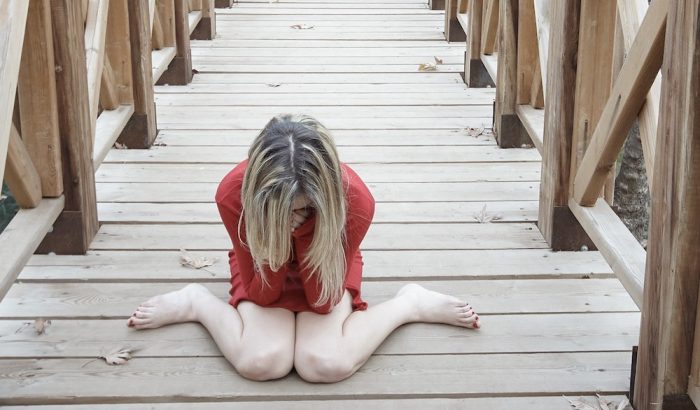 Have you ever had suicidal thoughts?

That was one of the first questions my therapist had asked me.

I was 31 years old, getting therapy for the first time. I didn’t think it was for me, but at that point I was desperate to try anything.

I explained it was never anything I planned to act on, but I acknowledged the thoughts were there.

When I was younger, the thoughts entered my brain so silently and nonchalantly that I never even realized what was happening.

I remember being 13 years old on my way to school. A place where I knew I would spend the day in silence, as those around me ignored my presence. I didn’t have any friends. I mean, I would stand around in a circle so that anyone on the outside looking in wouldn’t think of me as some pathetic loser. But I wouldn’t say a word. I would just stand there. Laughing when they did, even if I was the joke.

Around eighth grade is when I remember the thoughts crossing my brain. Several times on the car ride to school, I wondered what would happen if I opened the car door and rolled onto the freeway. I wondered if anyone would care.

I overcame those thoughts. Went on with my life, with depression visiting me throughout the years. It’s not an easy war to win, but somehow, I always managed to suppress the thoughts.

It was never really all that scary to me until my ex-boyfriend committed suicide. His note had said, “the demons in my head were just too much.” That’s when I realized you could actually lose to this thing.

In the start of 2019, I was full of hope. That hope that only the start of the new year brings with it. The idea that anything is possible. “This is my year,” is the crap the internet sells you on. And I was buying it. It was supposed to be my year.

I kept getting told to stay grounded. But instead, I boarded a flight, chasing possibility with some guy across the ocean. Hoping love would embrace me. And when it didn’t, I came back to an empty place. Only depression was there, extending its arms out to welcome me back. Unrequited love triggering the thoughts.

I was so sad and depleted. Embarrassed that I had put myself out there and come back empty-handed. Once again, I was at war with myself. Fighting off thoughts that were no longer just quietly passing through. They were loud. And scary. Telling me I wasn’t enough. I was unloveable. Ugly. Stupid.

And for a while there, I thought I might lose. Not by taking action, but the opposite—through inaction. By fading away into the dark. Letting the thoughts win. Becoming nothing.

Instead, I found myself in therapy. It didn’t really help. But despite my tired soul, it was an indicator that I was still trying. I find if you keep moving, even if you have to drag your body across the dark corridor, you eventually find the light.

Curiosity is my saving grace. As a writer, I need to know what comes next. And something always comes next.

For me, it was a puppy. If I couldn’t find anyone to love and I couldn’t love myself, then I needed something I could love. I remember bringing him home. A tiny little fluff-ball. I had no idea how my life would change or if I was in over my head. But I needed him. As soon as I opened up the crate, this little ball of energy just came running up attacking me with kisses. He was filled with so much love that it was contagious.

And just like that, love grew and love spread.

By choosing to love, I received love. And eventually, I learned to love myself again. The bad thoughts slowly receded. Replaced by: You are beautiful. You are strong. You are more than enough.

The war is not over. I know the thoughts will reemerge one day. And I will have to step on to the battlefield. This time, I won’t pretend. Not for the outside world. I will stand unarmored and vulnerable.

Sometimes, I am not always happy. Life isn’t that moment captured for Instagram, but the moments before that led me there.

But it does change.

I’m letting you know that if you feel this way, if you’re in that dark corridor, keep going. As long as you keep breathing, it can’t win. 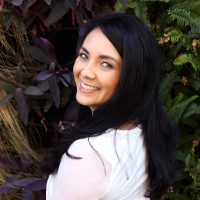 Yvette Alatorre loves storytelling. Whether it’s gabbing about the night before with her girlfriends over brunch or writing her most vulnerable stories on paper, she lov… Read full bio

When Someone we Love Commits Suicide: What I wish I knew Before it Happened. When it’s Not your Body, but your Soul that’s Tired. 6 Things that will Actually Help when we find ourselves in the Spiral of Anxiety & Depression. How we’re Doing Therapy Wrong—According to a Therapist.
See relevant Elephant Video