How to Fill your “God-Shaped Hole” & Reunite with the Divine. 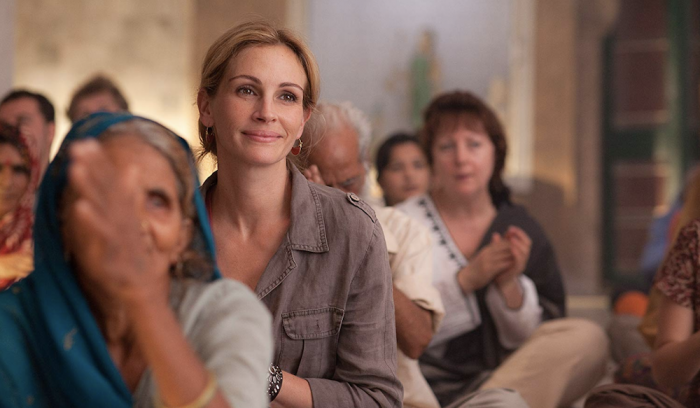 Illusion is believing
She can be captured.

Know Divinity.
Stand naked and alone with
Her endless expanse

A teacher of mine says that every person has a “God-shaped hole” within them.

He says that we try to fill this with all sorts of things—money, drugs, clothes. Whatever we can think of, we try to put it in there.

To him, the only thing that goes in there is God. And until we put God in there, we’ll be lonesome, anxious, angry, and frustrated.

God can’t go in there. God, Divinity, Consciousness, Nature, Spirit, Brahman, the Flying Spaghetti Monster, the Flying Dutchman, Ralph, whatever you’d like to call it, is already there. You go in there. And what you find is weird.

I began my journey out of necessity. I was depressed and anxious and struggling immensely with it. I was in therapy but needed something more.

The Hindu word “maya” is usually translated as “illusion.” But this doesn’t mean it’s simply a figment of imagination. The Hindu text The Upanishads explain that it is “that which obscures, confuses and distracts an individual” from true knowledge. Basically, it’s all the inner stuff that gets in the way of recognizing Consciousness.

I had a lot of stuff that was getting in the way. I was carrying around all the emotional baggage from my childhood plus whatever genetic messiness that I inherited.

The first time I tried religion, it didn’t expose God. It exposed that I had a ton of work to do if I were to ever find a sense of peace.

The Hindus have many names to describe the aspects of God. The Upanishads call the impersonal infinitude of Consciousness “Brahman.” It is the “pervasive, genderless, infinite, eternal truth, and bliss which does not change.” Brahman is the thing that the inner stuff obscures.

How do I know God or Brahman or whatever is on the other side of that stuff? I went into that “God-shaped hole” and stayed. For a while. I didn’t find an old man with a long beard demanding atonement. I found a strange and fascinating transcendent realm of being.

As humans, we’re capable of perceiving through at least two things: our body and our mind. Our bodies perceive sensual things. Our minds perceive conceptual things.

Let’s say that you built a fire. Your body knows its warmth because your face feels hot by being near it. Your mind knows that it is hot because it’s different from things that are cold.

I don’t mean to alarm you, but I lied. We’re actually capable of perceiving through at least one other thing: spirit. Our spirit perceives transcendental things. In the case of our fire, our spirit sees the whole scene. It recognizes the interplay of us, the fire, and the campground.

For as long as I can remember, I was aware of this. Unfortunately, I had no way to express it. I listened to my school teachers and tried to hide it away. Later, I tried to drink it away. Despite my best efforts, I could never shut it out.

You’ve probably experienced this too. You know that there is more to life than what the body and mind can recognize. But you don’t have the tools to fully express or know it. And you’ve probably seen it manifest as the “bad” stuff—despair, hopelessness, addiction, depression.

None of this stuff is bad.

Not in any way.

It does not mean that you are sick.

It does not mean that you are disordered.

It does not mean that you are broken.

It’s your way of telling you that you want something deeper.

It’s your way of asking you to enter the “God-shaped hole.”

There is no perfect way to enter. At the earliest points in my journey, I used therapy and religion. Later, I would run and perform yoga postures. Now, I hike, dance, and chant. The means to enter change with you.

The journey is not easy by any means. It requires coming to terms with your light and dark sides. There were stretches of time when I cried daily in my office’s bathroom. There were times when I would reach for any substance to ease to pain. Most of the time, it’s incredibly lonely.

But the difficulty is well worth it. The reward is a sense of knowing and connection to oneself and the Divine that cannot be undone. The darkest of depressions that once gripped me like a tar trap now slip off like an oil slick. The anxiety attacks that whipped me like a racehorse now fall flat like a pat on the back.

In their wake is a calm and grounded warmth. I am like a tree rooted in the lushest of soil. Harsh winds and rough rains are passing weather.

There is nothing to worry about, as every moment my roots feel the safety and support of the Divine. 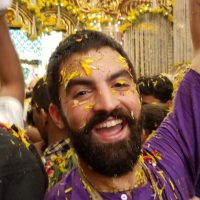 Harris Pike loves singing bhajans and kirtan. He was raised in a spiritual desert on Long Island. The singing and chanting of mantra was like stumbling upon an ocean of vibra… Read full bio

This Definition of God can Break Open even the Most Closed Heart. 6 Things that will Actually Help when we find ourselves in the Spiral of Anxiety & Depression. The Childhood Wounds we Carry if we were Deprived of the Love we Needed.
See relevant Elephant Video