Loving while Living with Mental Illness. 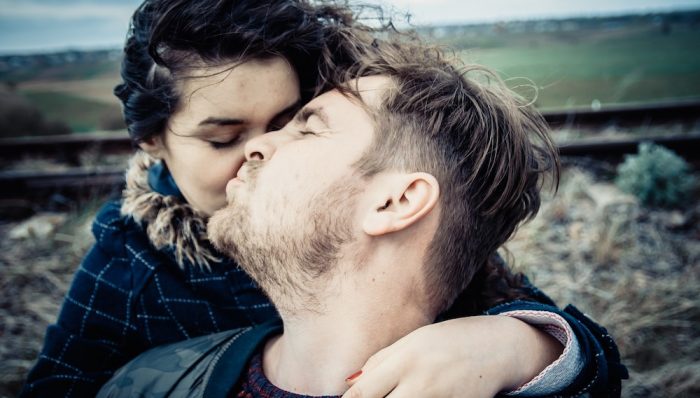 My partner and I celebrated our two-year anniversary together as a couple at the end of last month.

We had a casual dinner at a restaurant in our neighborhood.

Halfway through the evening, we shared our appreciation for each other with a toast and had a moment of gratitude for the relationship we have created together.

I remember feeling a soft, gentle smile on my face and my whole body relaxed and at ease. We shared lots of laughs all night. I felt my connection to him growing even deeper and deeper.

For a lot of people who have been together or married for decades, two years may not seem like a long time. For me, it is particularly meaningful and worth celebrating because this is my first time in a solid and healthy long-term relationship. Up until now, my relationships were unhealthy and didn’t last long.

Fourteen years ago, when I was 33, I was diagnosed with bipolar disorder. I was single at the time and I doubted that love and a romantic relationship would ever be possible for me after that.

I remember my biggest fears around romantic relationships were:

We live in a society where there is such a stigma around mental illness, and a lot of people don’t really understand or know what it is like to live with mental illness. As a result, we fear what we don’t understand.

This added a new layer of complexity to my already tumultuous relationship life.

In my days post-diagnosis, I felt insecure, unsure of when was the right time to tell a man I was dating that I was diagnosed with a mental illness. I imagine this is a common dilemma for those living with a diagnosis and wanting to date people.

I followed my therapist’s advice and decided the best time was when the relationship started to get serious, but I was never sure when that time was. Is that after we go on five dates? After the first kiss? After we become exclusive? After we move in with each other? I always felt confused about that.

I remember one time I decided to follow a juice diet not knowing that the main medication I take, lithium, is soluble and gets diluted with liquids. So the more liquids a person drinks, the more likely that the lithium will get washed out of the body.

I didn’t know any of this. I was days away from going out on a first date with a man who seemed to check everything on my list, or at least that is what it seemed from reading his online dating profile. A few days before our first date, I started experiencing psychosis.

I found his work phone number on the internet, and I called him in the middle of paranoia because I thought I had been physically assaulted and told him I could not meet him in person. That freaked him out, although he sounded genuinely concerned on the phone and advised me to call the police. We never talked again.

I was hospitalized the next day. Two weeks later, after I was feeling more myself, I felt regret for having ruined a date, perhaps a relationship opportunity.

Eventually, I met my ex-partner. We were together for six months and living together when I revealed my secret to him. He was upset that I hid that from him, and with good reason. He also understood that the mental illness diagnosis was not my fault and seemed okay to continue our relationship.

A few months after that I had a psychotic episode, the first one he experienced with me. He visited me in the hospital only once, and I could tell the psychiatric ward was too scary and uncomfortable of a place for him. When I returned to his house, he ended the relationship and asked me to move out by the end of the week. I felt the curse of bipolar disorder come down at me one more time, shattering my romantic relationship. I felt my heart broken in tiny little pieces, combined with the struggle of the recovery having just left the hospital.

And somehow, he and I kept trying to have a romantic relationship. We got back together, I had two more hospitalizations, and in the last one I found myself in the ER on a Friday night without my phone or my wallet after he drove me there and left me there. I convinced the triage staff and the social worker that all I had was a sunburn and I could take care of it at home with aloe vera cream. They believed me, and were surprised when I returned the next day. A friend of mine saw me, noticed that I was unwell, and took me back.

This is just a glimpse of what my life is like while living with bipolar disorder. As disruptive and chaotic as it seems, it also comes with lots of gifts, which I will share more in another blog post.

A year ago is when I experienced the most recent psychosis, the first one my current partner went through with me. During that time, he was more than my rock; I felt his support solid like a big mountain. He navigated the medical system with patience, which is hard to do considering their enormous bureaucracy.

He made all the necessary phone calls to my family, to my manager at work, my school, and all of that without having emergency numbers from me. He showed up to the psychiatric ward a day or two after I’d been admitted with a bag full of my own clothes. I opened it with excitement like a little girl opening a present, and, to my surprise, I saw he had carefully packed enough of my most comfortable favorite clothes, and the one pair of soft leather flat shoes I love the most. I felt so loved right there.

A week later, I was discharged and settling at home. He supported me in making sure I took all the time I needed to get back on my feet.

When the reality started to sink in for me, I felt a deep fear that he would end the relationship after what he went through with me. I had shared with him early on in our relationship that I had been diagnosed with bipolar disorder, but it is one thing to say it, it is another one to live it with me for days.

I waited day after day, feeling heaviness in my chest and stomach, for when his voice tone would get serious and his words would be, “This relationship is over for me.” To my surprise, when that day arrived, his words were, “Let’s have a plan for next time.” I felt my eyes tear up, and a wave of relief covered my body. My heart melted in that moment.

Months later, he shared with me that while I was hospitalized the thought crossed his mind that maybe what I was going through was too much and he needed to end our relationship. Anyone would understand, right? Instead, he decided to stay and keep on loving me.

On the one-year anniversary of my hospitalization, he shared with me that because he knows his own darkness, he was able to love me in mine.

Love is possible while living with mental illness. 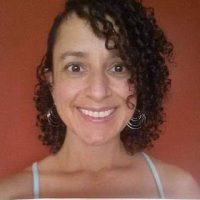 Ana Ruiz is a Certified Relationship Coach and works with both couples and individuals. She studied at The Relationship School with Jayson Gaddis, and at the Relational Life I… Read full bio

How to Overcome Mental Illness Stigma & Create a World that Thinks Beautifully. 9 Signs You’re in an Unhealthy Relationship. 17 Things to Know about Dating a Girl with Mental Illness.
See relevant Elephant Video