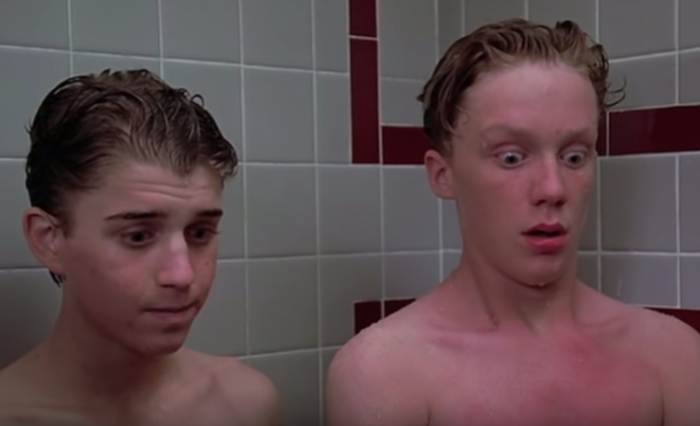 I saw a tweet recently where a woman asked the Twitterverse for some advice:

If you were a 15-year-old boy who’s having trouble with girls, feeling rejected, and insecure, what advice would you give?

I dove into the comments and found a bunch of adults who all seemed to have one thing in common: they were all wrong.

The main theme of these responses was this: Don’t focus on girls right now, you’ve got your whole life to find girls, enjoy being a teenager!

And I thought since when is being a teenager enjoyable? Being a 15-year-old boy around girls is like being an addict around heroin who knows how to dance and calls you by name.

If the internet wants to insist on sterilizing reality, I feel it is my duty as an ex-15-year-old boy to give some realistic advice:

First and foremost, keep your god damn hands to yourself: Gotta get this one out of the way. Horniness is like hunger. And it can be agony. But I promise, no matter how much it digs into your gut, it won’t kill you.

Your friend Kevin didn’t have sex, and if he did, it was bad sex. The number of dumb-f*cks in high school who have falsely claimed to have had sex could be melted down and molded into dumb-f*ck-Everest.

Most of them haven’t, and if they have, it was likely fast and embarrassing and they’re only rubbing it in your face because society has shamed young men into thinking they shouldn’t properly express their emotions. And they cried. Naked.

Rejection is not a bad thing. This translates to all of life. If you’re rejected, this means only one thing: You had the courage to go for it. That’s it. And no girl likes a coward.

Don’t learn to play the guitar. This is a mistake many young men make. They see the kid who plays guitar getting a bunch of girls and so they learn to play guitar. Here’s a free secret: 99.9 percent of people who play guitar, suck at guitar.

Yes, girls will initially find it endearing, but 10 years down the road, you’re just that guy who interrupts conversations at parties while everyone sits politely and thinks, “Eek, that girl he brought looks a little young for him, huh?” Just think of all the time you could spend learning how to not be a douchebag instead. Point being: Don’t do anything just because you think it will make girls like you.

And most of all: Being 15 sucks. You can’t drive, you can’t vote, and you still have to listen to your parents even though by now you’ve probably caught on to the fact that they’re just f*cking winging it.

Except for that kid, James, who has a gorgeous girlfriend, goes on holiday to Europe, and is adored by everyone. He had sex. He was pretty good at it, too, and his penis isn’t at all weird. He’s going to be fine.

The Top 15 Things a 12-year-old Boy should know About Sex, Drugs & Rock & Roll—from a 73-year-old Grandma. The Really-Real Sex Talk I had with my Son.
See relevant Elephant Video