Reclaiming our Power when the Lights go Out. 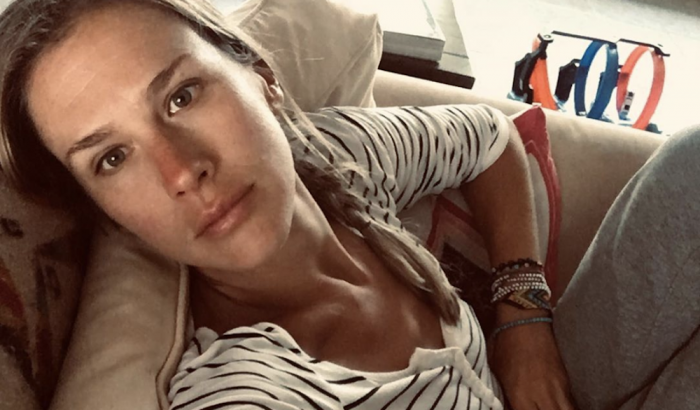 As you may have heard, the power in much of Northern California went out this week.

Nearly two million were without power for several days.

Like many others, I had some time without the hum of electricity to ponder the actual power outage and its effect on our own metaphorical power.

I actually think about power a lot lately. Since the end of my marriage over a year and a half ago, I have been on a quest to reclaim my power. There’s nothing quite like a total restructuring of your life to alert you to the fact that you’ve unconsciously given your power away and have been operating from a place that lacked any sort of foundation.

Our personal power is our foundation. If we are not operating from a place of empowerment, how can we build to our highest potential? When we step out of our truth, we pay the price.

Consequences come in many ways. They come in the form of resentment, distrust, frustration. Often, they leave us feeling helpless and worried. They shake up the safe bubble of our life. It is as if someone cut the electricity…

My personal practice in reclaiming my power has been about holding onto it no matter what. There is always going to be something that shakes us up.

The shake-ups don’t discriminate. They don’t care how much money you have, they don’t care about the color of your skin, they don’t care about how your small farm relies on water, or that you don’t have a wood burning stove to keep warm when the electric heat doesn’t work. The question becomes, What are you going to do when your life gets turned upside down and inside out and you don’t know top from bottom?

When my marriage abruptly ended, my immediate thoughts were all fear. What was I going to do? How was I going to support my children? I had zero family near by and felt utterly helpless. The nine years we had been married, I had stayed at home with the children while my ex worked. I had let go of my career and was completely dependent on him for financial support. I had no idea he was going to leave. Someone had turned the lights out on my pseudo-white picket fence story, and I felt lost in the dark.

As I navigate my new world, the shake-ups never fail to present themselves. I am learning to look at outages as opportunities for me to take more of my power back. When I felt utterly powerless against the circumstances of my life, I learned to start guarding my power fiercely by committing to my truth and setting clear boundaries. Boundaries have helped me rebuild my foundation so that I can operate from a place of strength, rather than fear.

I am learning to really feel what being out of alignment looks and feels like, and how to re-center. I consciously tend my internal flame to move through my life with focus, attention, and intention.

When PG&E turned the power off, the option to ruminate in anxiety about how we were going to function was denied. Instead of working without an internet connection, I took a long-overdue nap. We heated up canned soup for dinner and ate outside, watching the sun set. We played flashlight tag. When the food was starting to go bad and gas was getting low and one of the kids got sick, we decided to depart and head to where there was power. We did the next best thing—weighing the circumstances and acting accordingly.

So much of life is out of our control. We craft these dreams about how we want our lives to be, holding on to a false sense of certainty. We expect that if we do everything just right, it will all work out. In the words of Jerry Garcia and Robert Hunter:

And it’s true—we can lose it all. One day you wake up and the lights in your happy little home have gone out. You scramble about in the dark, momentarily forgetting how to function. And then you find a candle and a match and you begin to shine light on the dark parts, illuminating a strength and a courage that you hadn’t seen before.

And you come again—out of the darkness and into the powerful light that exists inside you. 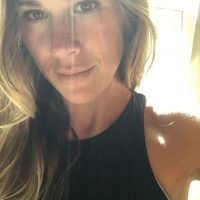 Stephanie Vidoli is a writer. Yogi. Forest Wanderer. Solo mama. Stephanie has been practicing yoga for over 10 years and teaching yoga since 2017. She blends yogic wisdom with… Read full bio

Reclaim your Power with this One Simple Question. I Didn’t Quit my Marriage. I Survived It. How to Set Healthy Boundaries—even when you think you Don’t Need Them.
See relevant Elephant Video