Science is Killing Us & Mother Earth is Pissed. 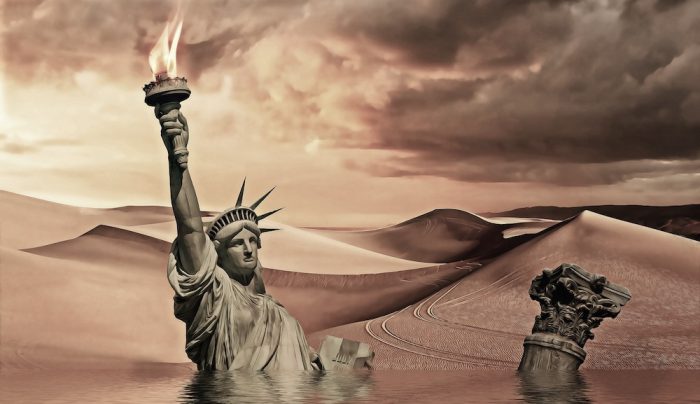 If insanity is repeating the same thing and expecting a different result, then Americans may be insane.

We dump poisonous carbon emissions into the atmosphere even though we know they are killing our planet. Then we repeat.

Some of us even think that’s okay. As the rain forest burns, the arctic melts, and ocean temperatures rise, climate change denial remains an acceptably mainstream political position in America. That’s also insane.

Climate change deniers want you to pretend the science isn’t real. Although that’s misguided, the deniers do have one valid point: reliance on science is killing us.

We need to learn from our shamanic and native forebearers. We need a paradigm shift in the way we think about our relationship with Mother Earth. We need to rethink the priorities we attach to our relationships with science and with our planet.

Albert Einstein said, “We cannot solve our problems with the same thinking we used when we created them.” Science has certainly made lives better in so many ways, but science is an edgy sword. Our love affair with science through the ages has caused a profound disconnect with our planet. We love what science can do for us, but now we know that industrialization brought about by scientific achievement is killing us.

We must renounce what we hold dear in order to save ourselves.

Let’s start with industrialization. We love the wonders of modern technology, the factories that mass produce things that temporarily make our lives easier, the plastics, the cars. Do we not see that scientific progress has contributed mightily to the destruction of our planet?

In olden times, before humanity placed faith in science and industry, mankind had a nurturing relationship with Mother Earth. We loved our planet and it loved us back.

For millennia, prehistoric mankind treated our planet with reverence. We treated the rivers and forests with dignity. We must return to that mental place. The planet and the human race are one. We exhale, the Amazon forests inhale. We are connected to the planet with every breath we take.

The natives of our land knew in their hearts that our planet is sacred. Shamanic believers, generation to generation, worshiped Mother Earth. In turn, Mother Earth provided sustenance. The natural love which they imbued in our rivers, our air, the trees, and the stones was with a faith in Nature and God and the Universe.

Then, the scientific/industrial revolution happened. As Naomi Klein points out in her fine new book, On Fire: The (Burning) Case for a Green New Deal, until around the year 1600, our European ancestors viewed the planet as a living organism we now call Mother Earth. With the onset of the scientific revolution, Klein says, “the metaphor changed.”

Jules Cashford, in her remarkable essay, “Gaia and the Anima Mundi” (which can be found in Spiritual Ecology: The Cry of the Earth, second edition, September 2016), posits that the Greeks of 500 B.C. believed that Gaia, with a capital G, Mother Goddess of Earth, was also gaia with a small g, or earth. They were the same; gaia was Gaia; earth was Earth. To Westerners, the planet was a goddess way back in 500 B.C.

Our native brothers and sisters recognized the sacredness of our planet back before recorded history, and they still do. North American Natives were pushed from their land by European capitalist expansionists. Winona LaDuke’s essay, “In The Time Of Sacred Places,” calls out the newcomers for naming native sacred sites for mortal men who are on this planet a short time (Mount McKinley, Pikes Peak, Mount Rainier). She tells us that “to name sacred mountain spirits after mortal men, who blow through for just a few decades, is to denude relationship.” We must re-nude ourselves and get back to the Garden.

The onset of the industrial revolution shifted our focus from the divinity of the planet to a toy, a plaything that is to be used and abused for our pleasure.

The industrial revolution brought us great new technology over the centuries—trains, planes, automobiles. Electricity and gasoline gave us power to continue to advance and explore. As our needs for more grew, we needed more gas, we needed more oil, we needed more coal, we became harder to satisfy. The human condition required more toys.

We have lost our connection to Mother Earth. How important is it that we can travel from Los Angeles to Paris in just 11 hours when we are perilously close to being unable to survive on our planet for longer than a few more generations? Do we really need to get to Paris in 11 hours? Shall we save our planet instead? Greta Thunberg took a zero-emission boat from Europe to New York and managed fine.

We are killing Mother Earth, and Mother Earth is pissed. Hurricanes, fracking-induced earthquakes—she is asking us: How can you treat me this way after all we have been through together?

What if we actually did turn our back on science and industry? I don’t mean that we should ignore the scientific truth of catastrophic climate change. I mean, really turn our back on it. What if we were to stop our destructive consumptive habits, oil to run this toy, gas to run that toy, electricity to run some other toy?

There is a movement in our country toward reparations to the African-American community for past injustices. That’s as it should be, but what if we were to make reparations to our planet? Let us return to the land what the land has given us. If it is not possible to put the coal and oil that we have already extracted back into the planet, we can at least stop extracting it.

We are earth, and earth is us. From dust we came, and to dust we shall return.

What if we used the gifts of the wind and the sun for our energy? Would life be less comfortable?

Mother Earth would start to heal, and she could love us again. 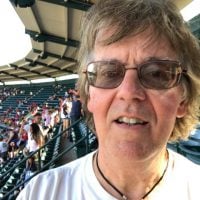 Mark Shoup lives in the Mojave Desert of California.  He is a lawyer and loves to hike in the American West, but is disturbed by how dreadfully smokey it has become. He has b… Read full bio

Greta Thunberg shares One Thing every person can do to help the Climate Crisis. 8 Simple Ways to Prove our Love to Mother Earth. The Amazon is Burning & we have a Choice to Make. 28 Jaw-Dropping Takeaways on Climate Change right now.
See relevant Elephant Video