What to do when you Can’t Manifest the Life you Want. 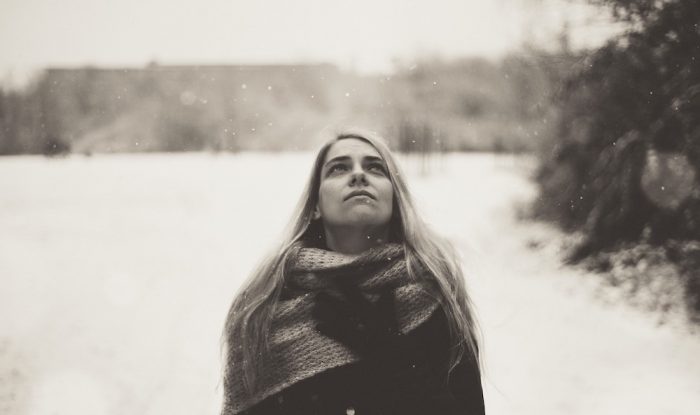 I had a conversation with a friend the other day that broke my heart.

She was crying over a guy who didn’t want to pursue a relationship, which led into the pain of all the weddings of friends she’s had to attend recently, along with having to read on social media about all the big jobs and promotions other friends were getting while she’s stuck in a job she hates.

It’s hard not to compare and wonder what you’re doing wrong. Or go to the place of feeling rejected. The “Why am I not good enough?” story can creep up fast.

Another friend of mine called me yesterday who is on fire. Her circumstances aren’t that much different than where she was a year ago. But her attitude has completely shifted. She said to me, “You know what, I realize I’m worthy of all these amazing things I want to happen, but I totally trust in the timing of things and I know it will all work out the way it’s meant to.”

I’ve been in both places. Still am, quite frankly. I’d love to be writing full-time and making a living doing my soul’s work. And if I’m honest, it’d be kinda nice to have a partner to share my life with. I mean, it’s been six years already without one. But you know what? God (what I believe in), or the Universe (if you don’t believe in the Big G), has different plans for me—and I’m totally down with that.

I stopped comparing my life to other people’s a long time ago. I don’t think I’m doing anything wrong or that anything is wrong with me. I’ve learned to trust that I’m exactly where I’m meant to be right now, and that everything could change tomorrow.

Every one of us has our own cycles in life. Our timelines are vastly different. We don’t all need to be on the same trajectory. When you start looking around you at what other people have, you’re slowing down your own manifestations.

I got married a little later than most of my friends. I had kids when my friends’ kids were already in high school. After that long wait of finally getting what everyone else had, my marriage blew up into a fiery mess of sh*t, and I felt I had done nothing to deserve it but love unconditionally and in the manner my traditional Catholic parents had taught me.

Not long after that, I left a job I used to love to take some time off to spend with my children. Single motherhood was kicking my ass, and I felt both they and I deserved that time together.

Then I couldn’t get my foot back in the industry when I needed to go back. All of those friends and colleagues I had worked alongside to climb the corporate ladder seemed to have no problem landing bigger and better paying jobs. But me? It was like I was being blackballed for having the audacity to take time off. “You thought you could be a writer and stay home with your kids. F*ck you!” I imagined all of them screaming.

Soon, I was hearing my former interns and other people who used to work for me had huge jobs with fancy titles and were making substantially more money than me. None of them having to support two kids on their own.

I compared myself. I started wondering why the f*ck I wasn’t manifesting everything my hard-working heart desired. All the praying and vision-boarding and meditating and staying positive was delivering zero returns.

Then you know what? One day, I just got over myself. It became clear to me that doors were shutting because they weren’t mine to walk through anymore. So, I had to struggle a bit. Hadn’t I had a really good run of career success and financial stability and a bucketload of love and romance for over 10 years? Hell yeah, I had. Some people don’t get a fraction of that in a lifetime.

I realized I was just in a new cycle. The death of the old. The transition into something new. It was winter right now. And I’d been through enough changes in seasons to know beautiful things bloom after the cold, dead of winter.

So I stopped my whining. My prayers turned to ones of gratitude instead of desperation. I gave thanks for everything I had and asked for the willingness to see winter as a gift. I started repeating a new daily mantra:

“If not this, something better. In God’s time, not mine.”

Soon, better things started to roll in. More opportunities. Deeper friendships. A profound love and respect for myself for the risks I had taken in my life to honor being in alignment with what my family needed at the time.

I know it sucks to not be getting what you want in life at this moment. I see you. You feel like life isn’t dishing up what you deserve or what you’ve worked so hard for. You’re looking around you right now and seeing the people who’ve hurt you are happy when you’re in pain. You’re working your ass off trying to hit a goal, and the only thing you’re being hit with is a loud door in the face. It feels like you’re trudging uphill and it’s getting exhausting AF.

Here’s what I can tell you about that. You’re just in a different season right now than those people. You’re comparing your rainy fall and winter snowstorm with their springtime bloom. Their springtime bloom will eventually turn into summer heat, which can often lead to a long drought. That’s what seasons are. They come and go and change and shift. Sometimes, the season lasts longer than we want.

Be patient. Summer droughts can suck you dry, but eventually the rain will come and make everything bloom again.

I’ve learned to stop making other people’s expansion make me feel small or less than. Instead, I use it as fuel to add to my fire. I don’t say, “Why not me?” but instead, “Wow. If they can manifest that, so can I.”

Then I trust. I trust with my whole heart. I continue on my path, doing the things I need to do to have those things I want.

I’m patient. I’m kind to myself. I no longer tell myself that bullsh*t story that I’m being rejected or that I’m not good enough to have something just because it hasn’t shown up yet.

I know that when winter comes, no matter how long it lasts, I’ve braved the elements before and been just fine.

Today, I’m basking in the glow of the warm sun. But only because I choose to focus on the light.

The Story that Turned my Outlook on Divorce Upside Down. How Changing the Story in My Head Changed My Life. 3 Symptoms of feeling “Not Good Enough” & how to Combat Them.
See relevant Elephant Video