The Distrust our Heart develops after Heartbreak, Breakups & Pain. 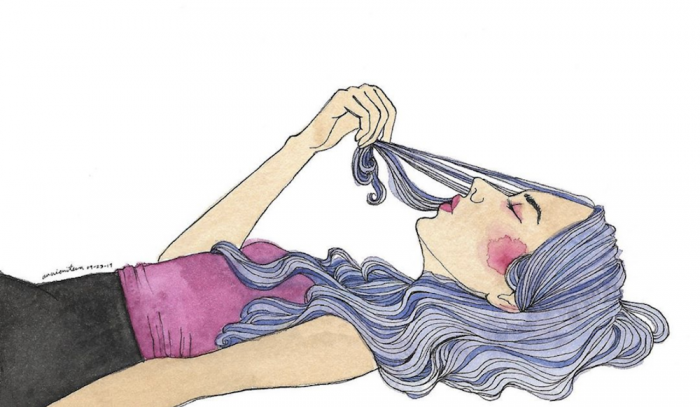 I was three years old the first time I fell in love.

I tried to run away with him, but fell and split my knee open on a piece of scrap metal two yards away. A trip to the emergency room thwarted our happily-ever-after plans.

My family moved states a few months later, and I never saw my toddler of a boyfriend ever again.

I fell in love again when I was five, with my sister’s best friend’s younger brother. I had my sisters “marry” us in our basement. I asked them to divorce us a few weeks later, because he pet my (literal) cat too much. Don’t ask.

I was eight the next time I fell in love, with a neighborhood boy. We spent every day together for years—somersaulting down hills, jumping on trampolines, having water gun fights, catching fireflies.

I was certain we would end up together forever—but I never confessed my feelings for him. He moved states before I ever got up the nerve. His mom had always known, and she held me as I sobbed on the day they moved away.

I was 10 the next time I fell in love, with another boy from my neighborhood (the last one’s best friend, in fact). We “dated” for four years, and I was already planning which college we were going to go to together when he broke up with me because I never kissed him. I came home after school and cried for hours while listening to “Lemon Tree” by Peter, Paul & Mary every day for two weeks.

I was 17 the next time I fell in love. He was my high school sweetheart. I (and everyone around us) thought that we’d be together forever. We went to separate colleges and were positive we would withstand the distance. But two weeks into our first semester, I fell for someone else and broke it off, and broke my own heart in doing so.

I began dating the boy I met in college and fell in love with him while still remaining in love with my high school sweetheart. My confusion at my ability to be in love with two people at once broke my heart, and their hearts, many times over. Yet, I stayed with my college boyfriend on and off for almost three years, until we studied abroad and spent six months apart, and I fell out of love with a devastating finality. I broke up with him two days after we returned to the United States.

A mere three months later, I fell in love again, this time deeper than ever. We masterfully understood each other. Fiercely supported each other. Helped each other break down a million walls. Laughed ourselves silly multiple times each day. Created a life and a home and a community, adopted a cat-child, and joyously imagined and planned a future together.

Everyone in my life fell in love with him, too. Until we both, slowly and begrudgingly, came to terms with our differing commitments and wishes for life and partnership. Our fierce love never wavered, yet we chose to begin seeing other people while still living together. It was the most devastating and drawn-out heartbreak either of us had ever felt.

Each falling-in-love was succeeded by devastation.

It was hard not to conflate the two.

After each of these changes of heart, I grappled with trusting myself. It felt as if my heart were a booby trap, luring me into love with false promises and then inevitably hurting me and those I love in the end.

I wanted to protect myself from future pain by distrusting my heart.

I realized that each time I believed I was with “the one,” I was. Each of these boys/men were the one at the time.

My expectations may not have proven to be accurate, but my heart was never wrong.

It always brought me exactly what and whom I needed. And, rather than being ashamed of the times that it “didn’t work out,” I choose to be proud of myself for my ability to give my whole being to the people and the dreams who I’m in love with. Who I choose to imagine and believe in and hope for and expect a beautiful future with each.

And that I’m willing to be with the disappointment when it comes, without making it mean that I was wrong for trusting my heart.

A short while after my last breakup, I allowed myself to fall in love again, with a man whose heart is the most beautiful thing I have ever seen.

I patiently listened to my fears and judgments about falling in love again, and I respected them. Appreciated them, even, for I knew that they were only trying to keep me safe. I waited as my mind presented me with a plethora of evidence to support its theory that it is not safe to believe in love.

Yet I did not allow fear to make me fall less in love. I thanked my fears for their concern and gave him my whole heart anyways, which he holds so delicately and tenderly to this day. I told my heart that I am willing to feel whatever this love may bring. That it is worth it. And that even heartbreak will only make it stronger.

I love him with my whole being, and I believe with my full faith that we will grow old together. I know how devastating it would be if my expectations aren’t met, and I’m willing to risk that in exchange for the incredible joy of fully surrendering to our love.

The ability to fall in love or get excited about an idea or a dream over and over again, even when it hasn’t worked out in the past, is an asset, not a fault. It is wisdom and strength, not naivety or stupidity, that allows us to do so.

So, for those of you who question your heart, here’s what I have to say to you:

I know your heart’s desires have caused you pain in the past. I know you have felt acute disappointment. Loss. Embarrassment. Failure. Despair.

And you may have decided then that you never wanted to feel these things again.

That it was too much for your heart to bear.

I know you may have decided that listening to your heart was the culprit of your hurt, and that it is unsafe to do so again.

You may have decided to fear the feeling of falling in love. To mistrust your inspiration. To stave off your own joyful musings at the possibilities for your future so as not to feel let down.

I’m asking you now to see that the intensity you have felt in the past was opening you.

Preparing you to hold the current of joy and pleasure and inspiration that wants to flow your way.

Because joy is the most intense frequency of all.

Your heart has been testing you, to see if you will continue to trust in it, even after a steady stream of disappointments.

For this is the greatest lesson of all: to learn to trust your heart without proof that it will turn out how you’d like it to.

To trust your heart even, knowing that it may very well bring you pain. To know that that pain is serving you, in some perhaps unseeable way.

The greatest and most stable joy is not the absence of pain or the fulfillment of your wishes or intentions.

The greatest joy is the ability to unconditionally trust and surrender to your heart. Knowing that it only ever brings you exactly what you need.

Getting over Heartbreak, According to Science. How to Fall out of Love like a Buddha. Advice on how to do Long-Distance from Someone who’s done it for 25 Years.
See relevant Elephant Video