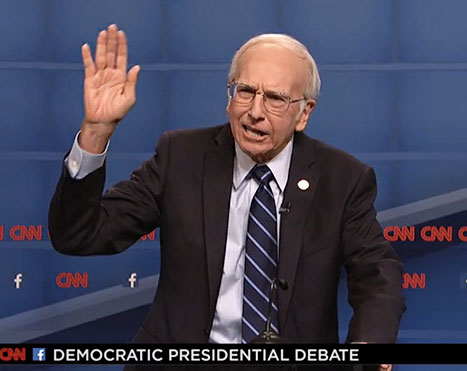 She was dominant, but also managed to be magnetizing as she criticized (that’s not a gendered comment, it’s long been understood that negative attacks work, but pull down the candidate’s ratings).

Bloomberg got torn down, but he also proved quick on his feet as the debate went on.

Bernie was solid as always, principled…but deceptive on his health lack-of-transparency. Given that he’s 78, that is not appropriate.

Buttigieg was, per usual, low blows and skilled but snide.

Klobuchar I loved overall, once again, though Pete had her a few times, as she had him a few times.

Biden was strong, cheerful, present, we can’t continue to fault him for his wandering speech patterns since some of it is definitely related to getting through his childhood stuttering. His best in memory, still wasn’t strong enough overall to give folks confidence in him vs. Trump.

To my reading it’s a three person field: Warren, Bernie, and Bloomberg (as Warren noted this morning, he will spend $100 million erasing last night from folks’ top-of-minds).

That’s really not true that they’re as detailed as Obama’s, or records. They’re detailed letters. He promised records. He’s 78. It’s reasonable without saying it’s a smear from the media, which I would highly doubt, having been trained in journalism. A smear from entertainment media, opinions? Sure. Not straight journalism.

Medical records is something folks do, and to Pete’s point, we should not lower the bar to what Trump did(n’t do). All that said, love him but obfuscating isn’t a good look for his integrity, which is why I love him.

Once he nominates a solid VP, if he wins, much of the concern would be alleviated. Totally agree however a stent is common and not a big deal at all, necessarily.

He has more energy than me!

Whelp, that didn’t last long—I’m back with Warren, again, for now. And, again, I’m happy to support any candidate who prevails who supports science on climate change, and action there, as well as equal rights, democracy, voting rights.

She’d be the smartest President since FDR or Jefferson. She’s ethical in her fundraising, and a needed counterbalance to all the BS of the Reagan/Trump era. I’ve donated. She’s better able to unite moderates and progressives than any other Democrat in the race. And after 45 gents, we’re overdue for a woman to lead the country back to true greatness, which includes goodness.

I’m not a fan of Buttigieg, particularly, though I’d vote for him. I liked Beto, but he failed to right his ship. I like Cory immensely, and think Bloomberg could help bring much of this country back together. While I like and respect Biden, I don’t think he or most of the others can handle the brawling, truth-loose candidate that is the incumbent President Trump.

Lately, I’ve felt Bernie come up as the dark horse. Of course we all respect him, are grateful for his political compassion and consistency…but he’s just too far left, right? He can’t win the general?

But, lately, watching my preferred candidate Warren, I’m just again and again reminded that when it comes to a winning candidate, trust is everything. Warren has played politics. Nothing unforgivable, but she’s danced this way and that.

Bernie? He is who he is. No more, no less. He’s unconcerned with Trump’s insult games, he only cares about what he cares about: equality. Opportunity. Fair playing field. Environment.

These values are shared by all the candidates, but Bernie is, lately, the only one I feel I can watch and listen to, not watch and wonder how they’re pitching themselves or trying to handle the moment.

PS: he’d need a young, healthy VP who could swing a major state, like, say, Texas. Same as Biden, Warren, and Trump.

So sad. So disappointed. So inspiring. The candidate America is looking for—moderate yet bravely progressive, a unifier unlike many, heartfelt, galvanizing and skilled—couldn’t find traction in an agro, crowded primary.

I supported him because of his heart, and his ability to connect with my heart. It’s that simple, really. But, yes, he was positioned well, too:

1) strategically, you flip Texas and there’s no path to victory for Trump

2) he’s empathetic, positive, hopeful—a good counterstrategy for all those sick of “carnage” Trump message, fear, hate. And he’d shown he’s not wimpy. In fact, he’s as, if not more comfortable than any other candidate pointedly speaking truth to despotism.

3), he had the potential to actually bring this divided country together—I love Warren and Sanders but they’re not uniters, particularly.

I’d never supported a candidate–not Clinton, not Gore, not Dean, not Kerry, not even Obama–as much as I had Beto. He was the man for the moment, and…but…somehow, together, we missed that moment (he wasn’t into conflict in debates, for one thing). 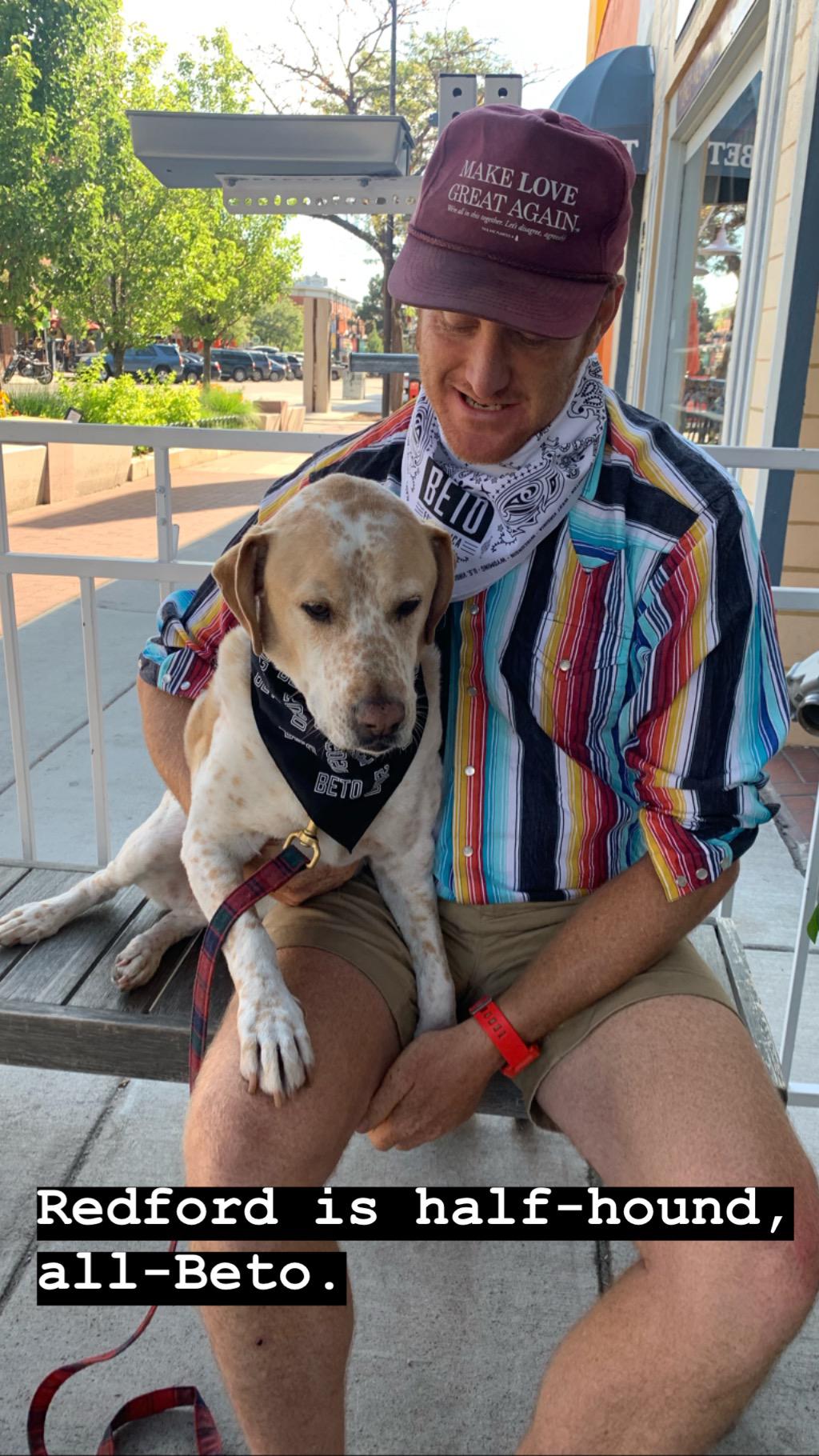 Thank you for running, Beto. I hope you get tapped as VP and help deliver Texas, and America, back to sanity.

From his goodbye letter, on Medium:

Together we were able to help change what is possible when it comes to the policies that we care about and the country we want to serve. We released the first comprehensive plan to confront climate change of any of the presidential candidates; we took the boldest approach to gun safety in American history; we confronted institutional, systemic racism and called out Donald Trump for his white supremacy and the violence that he’s encouraged against communities that don’t look like, pray like or love like the majority in this country; and we were one of the first to reject all PAC money, corporate contributions, special interest donations and lobbyist help.

We proposed an economic program that focused on both equality and equity and would give every American the certainty that one job would be enough; and a healthcare plan that would guarantee that every one of us is well enough to live to our full potential.

We knew the only way our country would live up to its promise is if everyone could stand up to be counted. We released the most ambitious voter registration and voting rights plan, one that would bring 55 million new voters into our democracy, and remove barriers for those who’ve been silenced because of their race, ethnicity or the fact that they live with a disability.

We spoke with pride about El Paso and communities of immigrants. We elevated the plight and the promise of refugees and asylum seekers. And we proposed nothing short of rewriting this country’s immigration laws in our own image, to forever free from fear more than 11 million of our fellow Americans who should be able to contribute even more to our shared success.

And at this moment of truth for our country, we laid bare the cost and consequence of Donald Trump: the rise in hate crimes, the terror attack in El Paso, the perversion of the Constitution, the diminished standing of the United States around the world. But we also made clear the common responsibility to confront him, to hold him accountable and ensure that he does not serve another term in office. Committing ourselves to this task not as Democrats or Republicans, but as Americans first before we are anything else.

For the rest of Beto’s goodbye, here.

I’ll continue to support Warren, particularly, and Bernie. It’s time–high-time–for a woman to run America, after 45 gents. And Warren, despite her rather overbold healthcare plan (I support it, but America will struggle too), is so savvy, grounded, knowledgeable–she’ll bring the kind of systemic change we need to restore this vital democracy after 4 years going nationalistic, dictator-style.