This is What Happens when we Obsess over our Weight. 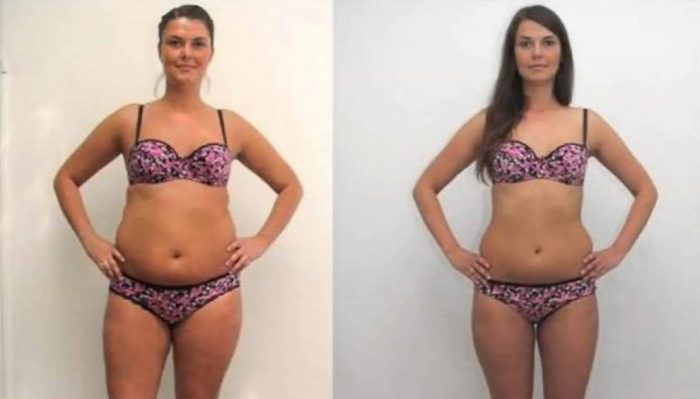 After decades of body image struggles, I recently began delving into Intuitive Eating.

It’s a way to connect your food choices, including what, when, and how much you eat, and feelings of nourishment and satisfaction, including satisfying freedom from arbitrary restrictions.

No calorie or macro counting. Goodbye, MyFitnessPal and Weight Watchers.

Exercise because it feels good and only if it does. In fact, don’t call it exercise but, rather, movement. Respect your body by eating when you’re hungry and eating what you really want, until you’ve had enough. Acknowledge that what “enough” means can vary from person to person and from day to day. Give your body enough rest.

And, in response to the pressure to perfect your life by perfecting your body, say “Enough!”

Finding myself increasingly drawn to this concept was surprising, given my history. A lot of women, I’ve discovered, grew up with body/appearance-obsessed mothers, but I did not. For years, my understanding of why I was so “health-conscious” (but only about food and exercise, really) was that I had learned from my mother’s mistakes and would do my damnedest to make sure I was aging well.

The truth, I’ve since learned, is much deeper.

Some background: my body was a source of shame even in early childhood. I was labeled clumsy as a kid, and my bed-wetting made me the target of others’ middle-of-the-night rages. I developed breasts well before my friends and was self-conscious about that too. My body and I were rarely at peace.

Here’s a sampling of unsolicited comments I’ve received about my body over the years:

Her body is better than her face: a comment made by one of my boyfriends to his friends within earshot of one of my friends, who then reported it back to me

Nice tits: yelled from the driver’s side of a passing car

Now, that’s the way a woman’s body is supposed to look: a “compliment” given about me, in front of me, to a coworker whose recent weight loss had changed her body

You didn’t have those bumps on your hips when we first met: helpful observation from another boyfriend about my apparent #hipdips

You’re getting fat, hon: greeting from my elderly great uncle

You have a long, flat butt: a comment from my now ex-husband

Is that how you got those nice legs?: the gynecologist who asked what I did for work before giving me a pelvic exam

Yeah, you look like you’re in really good shape: a prospective employer during a job interview

Growing up in a chaotic, often hostile home, I spent my days trying to avoid landmines and feeling wrong when I inevitably set one off.  These comments about my body, where people randomly and without context catalogued my body parts and classified them as desirable or lacking, were further proof that my mere existence left me open to invasions.

Without awareness of what I was really trying to fix, efforts to make myself smaller became my go-to self-improvement strategy whenever I felt life getting out of control. When I was pursuing “better health,” I not only got the illusion of feeling in control but was also able to turn my attention away from the more complex, more difficult to solve problems in my life to the problem of my body.

I wanted to control the thing I could control but increasingly found my body rebelling.

I was in the thick of a six-month coaching program to “get my best body ever” when the concept of Intuitive Eating crept into my awareness.

The program had a contest element that required participants to take monthly progress photos. I was living at the lowest end of my adult weight range when the program began but found myself scrutinizing my progress photos and harshly judging them as “not good enough.”

I was likely eating too little to build the kind of muscle I was hoping to build but was anxious about eating more. I was also binge-eating—infrequently at first, but then with more and more regularity. I’ve since learned that this is a biological response to being underfed, and, in fact, many fitness competitors struggle with binge-eating too.

It was on a search for ways to eliminate the binges where I found resources for Intuitive Eating. The first principle in IE is to reject any attempts to control your weight with diet behaviors.

There are many people in my life I love and admire, and that affection and respect have nothing to do with their appearances. But when I contemplated giving up my pursuit to micromanage my own body, the idea was scary. Then I began wondering why I held myself to standards I would never measure other people by.

By journaling, and with the help of a good therapist, I’ve come to realize that my efforts to control my body at heart have been attempts to keep me safe—safe from chaos and judgment and the sheer unpredictable nature of life.

Of course, these efforts have failed.

Being lean and fit has not protected me from financial distress, cancer, addiction, or loss. Trying to look younger than my years has not prevented me from getting older.

My preoccupation with my body paved the way for my own daughter’s body image struggles. And I wonder what I could have done with all the time, energy, focus, and money I’ve spent trying to earn a sense of worthiness and protection if I could finally get my “best body ever.”

By healing my relationship with food and making peace with my body, I’m learning how to accept what is and appreciate what I have. I’m learning how to see myself with the same compassion I see others. Most importantly, I’m focusing on all the actually impactful ways I can show up in my life, for those in my world. 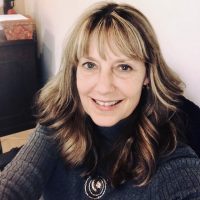 6 Reasons Counting Calories is actually Bad for Us. 4 Steps for starting a Love Affair with our Bodies. Intuitive Eating: 5 things that happened when I Stopped Obsessing about Food.
See relevant Elephant Video