How to Rock an Interview—90s Cover Band-Style. 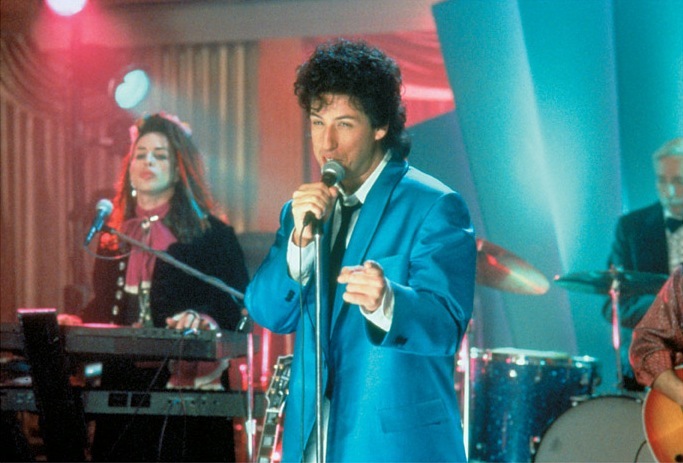 It was 1992, and I was eager to make a great first impression and present myself well so they would offer me the job. I wanted to break into the PR game and knew that I was qualified for the position, but I had to be able to convince them of that in my interview.

I had my new, tailored suit cleaned—the black one with the short jacket and pleated, knee-length skirt. I bought a new, pale pink blouse, and planned to keep my jewelry simple and understated, leaving the many rings and bracelets I usually wear tucked safely in the inside zipper pocket of my purse. I wore my long, brown hair up in a neat bun, which I felt looked more corporate and conservative than the wavy and wild style I normally wore. That morning, I put on subtler makeup as well.

At the interview, I sat across from Holly, the office manager, at the end of the rectangular conference table in a small conference room. As she looked over my resume and application, I silently speculated that she was only a few years older than I was, and that in a few years, I could be in her position.

Holly asked the typical questions about my education and previous job experience—about my skills and what I saw as my flaws, which I answered carefully by phrasing them as things I wanted to improve. I figured focusing on personal growth was better than just listing flaws.

We discovered some common threads: her cousin went to the same summer camp as my younger sisters; we did our bachelor’s degrees at the same college. About 30 minutes into the interview, she told me that I was certainly qualified for the job, but that she thought that I was too conservative in manner, behavior, and dress to fit in with their creative, wild office culture.

I paused. Quickly, I thought that this could be the time to pull out the real me.

It was just as if it was a movie scene.

I saw the camera pull out to a wide shot, turn, and refocus on me. I slowly said that I disagreed with her assessment of me. I said that for this interview, I had dressed very differently—much more conservatively—than I usually do because I was trying to appear more corporate, which is what I thought they would want.

While telling her this, I took my hair out of the bun and shook it into its long, wild waves. I opened my purse and put on all my rings and bracelets. I continued to tell her that I sang with a hard rock, garage band and that we were practicing some Pat Benatar and Heart covers. Then I put on my dark lipstick and her jaw dropped.

She was speechless, and sat mutely listening to me in awe of this sudden transformation.

I asked her if she could guess what I did the night before. She shook her head no.

I launched into the story:

My friends and I had gone to a bar in Huntington to see a Grateful Dead cover band we loved and saw every chance we got. I bought myself a beer, said hello to the bartender (who I knew on a first name basis), and was standing in the dense crowd when I noticed a cute guy repeatedly glancing at me from across the smoky room. He approached and had beautiful eyes, so I was flirting with him. Once he really started to talk, or yell because the music was so loud? Dumb as a box of rocks.

“When he asked me my name, I told him it was Pamela. Pamela Courson,” I said, letting Holly see just a little of my inner groupie. Pamela Courson—the wife of Jim Morrison, lead singer of The Doors. My favorite band. It was a game to see if any guy caught on and knew who she was. Only once was my game discovered, I explained, and this was not that time.

When at the end of the band’s second set, he asked if he could have my number, I flirtatiously wrote a fake number on the palm of his hand.

Holly laughed along with me as I finished the story and then was quiet for a few long seconds.

I started to second-guess myself and panicked inside my head. Did I overdo it? Should I have not told the whole truth? Before I could beat myself up too much, Holly said that I had proved her wrong; I was hysterical and would definitely fit into their crazy, creative office culture.

She hired me on the spot.

When making first impressions, whether a job interview or otherwise, sure, it is important to try to make the best impression. But, more importantly, it is essential to always be ourselves. 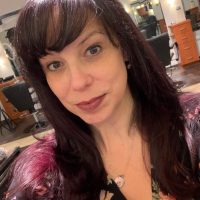 For Marci Brockmann, joy in life comes through real, human connections for it is there that empathy and compassion are born. She is a survivor of mental illness and addiction… Read full bio

Discover Your Ikigai—(Your Reason For Living). 5 Questions to help us Get Real with our True Selves. How to Release Your Inner Wonder Woman. ~ Annie Au
See relevant Elephant Video