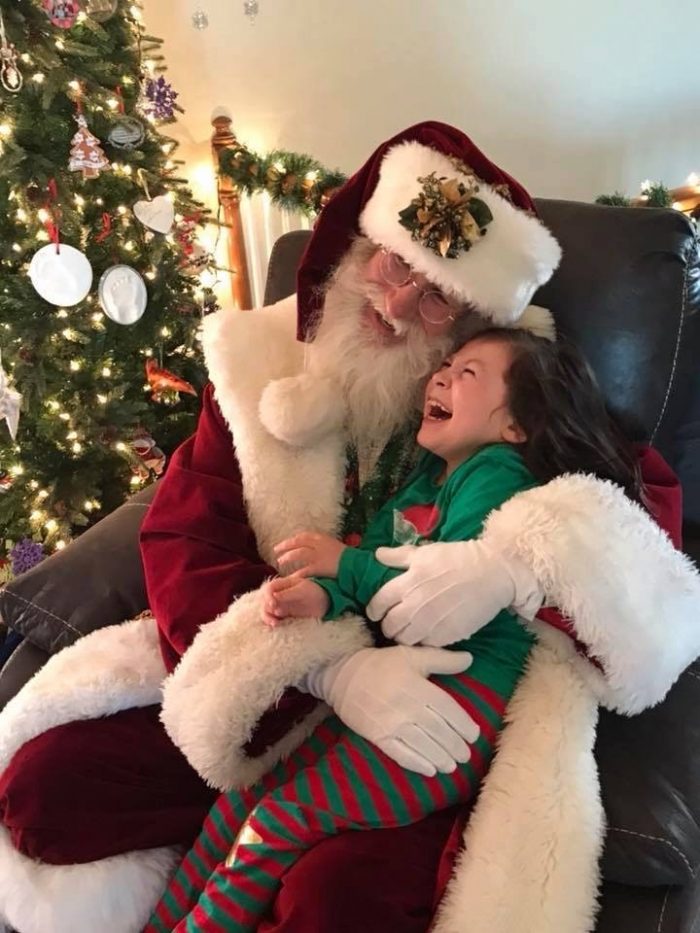 In fact, you are years away from the childhood, magical realm where the jolly Head Elf and his tiny reindeer are more than a blowup lawn decoration. You still get goosebumps at Christmas songs. You still smile watching your children unwrap their presents on Christmas morning. But your heart is a little more serious surrounding the topic of one, “Santa Claus.”

Let me tell you something, I am 40 years old and I still very much believe in Santa.

I have a volunteer gig this time of year—a project which I founded in 2015, where Santa and Mrs. Claus are able to visit children in their homes, all over the country. These children are homebound due to round-the-clock medical and physical needs.

Over the years since it’s inception, this project has provided just over 1,000 visits with the help of hundreds of Santas. Together, we (all those Santas, two special needs moms, and one pediatric nurse) process applications, arrange for talks between families and Santas, set up calls with fire and police stations, city halls and more, all in the name of finding each child a Santa. A Santa who will meet them in their own “safe space” and make their Christmas joyful by arriving at their doorstep.

It’s a treasure for these kids and families. And it is certainly a blessing to Santa.

I have learned from years of talking with Santa, that he is quite fearless. I’ve been on calls with him sharing about families whose children have cancer, cerebral palsy, are resigned to their beds indefinitely; kids who are blind, deaf, or have behavioral problems—you name it. Santa hasn’t hesitated or turned down one opportunity. He wants to know more. He wants to find out every way he could possibly make the home visit the most successful for each individual child.

When the visits come around, we receive pictures from families and cry with joy.

In these photos, we see the magic of Santa when:

Santa sits on the floor with an autistic child, asking her about the game she is playing on her tablet.

He looks directly at a little girl and holds her eyes with his as she experiences a seizure during their time together. He knows his quiet, purposeful gaze will help her.

He is reading a book to a child whom he has no idea whether they can hear him, and yet he laughs his “Ho Ho Ho” and carries on with animation—all as the child lays in their bed, motionless.

He has waited patiently while a child wrote out their words to him using a communication device accessed with their eyes or small movements of their hand.

He knows that these children can’t always partake in the daily activities that most can, so he is extremely giving. He brings balloons and creates multiple balloon animals for a child, as they attentively watch.

He holds a child who is connected to tubes and wires, and sings a Christmas song to him with the whole family for over an hour.

He bakes cookies, and has dance parties, and talks about everything from the North Pole to Mrs. Claus and Rudolph, his elves, and about the special key he uses to get into a home when a chimney isn’t there.

He holds hands, allows his beard to be pulled on and yanked, and is happy to put his red and white hat on the head of a child for a photo.

He will, without much hesitation, hold a dying child in his lap. 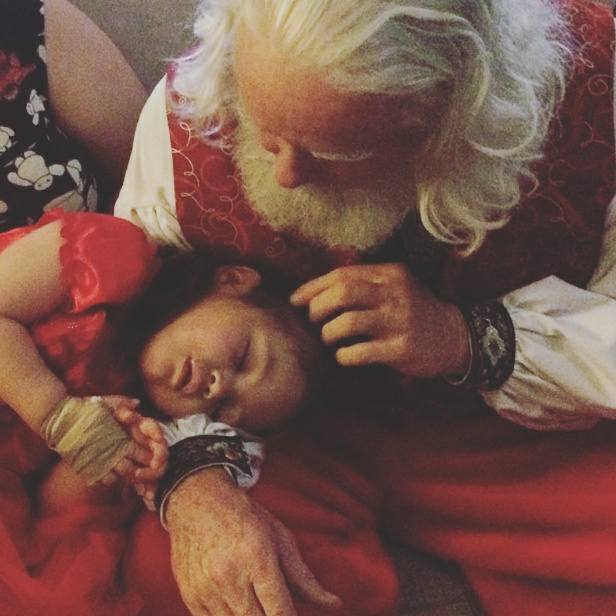 He will pray over a child that is near her last breath, only to find weeks later that she has miraculously lived.

He will listen to the request from many a child who wants their parent to heal from illness, their father to get a new job, their mother to stop drinking, their brother to get out of jail, their refrigerator to have food, and for their dresser to have clothes that they haven’t already outgrown.

The Santa I know, has a deeply serving heart.

I remember a little boy who had spent his entire young life in the hospital, and when he was finally able to come home, Santa and Mrs. Claus arrived for the first moment the family arrived to their house. They visited with the child and gave support as the parents began settling in. The precious photo of Santa holding this child still lives in my mind.

I’ve been to several children’s funerals with Santa. As sad as he might be, he brings a smile to everyone in the room, though they all have tears in their eyes. He doesn’t indulge in his deep sadness, for that very reason. His job, after all, is joy.

The children who have received a visit with us have beautiful responses to Santa. Some laugh delightfully, more than they ever have. Some hug him right away, when simple touch is a trigger for them. Some are mesmerized at the sight of him and, with no inhibition, run toward him even though they are attached to a short breathing tube. They are forever in awe and delighted that Santa came to their house.

And, oh! I absolutely mustn’t forget about Mrs. Claus. For she often is a vessel of peace. If a child is scared, they can sit on her lap first, or play with her while warming up to Saint Nick. She is not worried about being the “favorite” of the season. She only wants for the kids to be as happy as they deserve in those moments.

The many experiences I have had are unending. Santa deserves real recognition—a red and green heart for his ultimate gift of unselfish love for so many.

He may not carry gifts on a reindeer-pulled sleigh, but he certainly carries the ability to meet children, wherever and whatever their journey, at any age (from 1-92), and bring them happiness.

You may have your reasons to be in disbelief. But I see Santa’s work as being a true humanitarian.

I do hope that with my perspective, I can shift yours. 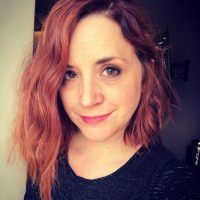 Sarah Kordis: a Native Coloradan & single Mom of 3 with a dashing boyfriend (so not really “single”). Believer in kindness in as many forms as possible, for all of our… Read full bio