I Forgive my Former Self for Her Mistakes.

Or at least part of me is dying—a part of me that has led to destructive relationships, self-sabotaging behaviours, and toxic patterns.

Why, then, do I feel such grief?

Why is part of me fighting this release?

I know why. I know that pain and fear well.

The part of me that’s struggling to hold on has relied heavily on those behaviours for survival. She built solid walls for protection, and she did so for good reason—her world was once unsafe.

Having needs becomes incredibly painful when no one is around to meet them: no love, affection, security, or consistency. Just a little girl, hyper-vigilant to every change in mood, tone, and withdrawal. Seen but not heard.

And everyone leaves, right? Even when they stay, they will surely pull away, shut down, brush you aside.

That was her belief: everything changes.

She labelled herself “a burden” a long time ago. “Everyone has enough going on without me adding to it,” she told herself. Or perhaps the people she loved told her that.

However, she no longer needs to fight this fight anymore. It is time to lay down those swords.

It is time to realise that her fragile heart is now safe, for she no longer requires walls in order to stand in her power. She can allow them to crumble and step forth as the woman she has grown to become:

The Survivor, the Wounded Healer, the Heartful Warrior, the Phoenix risen from the ashes.

Yes, she is powerful, for she embodies her truth. She recognises her worth and she knows what she deserves. She does not rely on anyone else to tell her, validate her, or teach her.

They cannot comprehend her journey, like she does. They might never truly appreciate what she has overcome.

But she knows. She sees herself.

Her greatest teacher, parent, mentor, and lover—they are within.

So today, I detach with love, from those previous versions of myself. The ones who kept me safe, and the ones who believed they were keeping me safe.

I used those relationships as an attempt to bandage my wounds, but learned we cannot heal in the same battle that scarred us. Just as the same people (albeit with different faces) who caused harm cannot be the ones to save us.

I was trying to heal. I see that now.

I simply wanted to recover. That is all I ever really wanted. And now I am. Now I am my own saviour, my own healer, and my own warrior.

It has been a long road home. 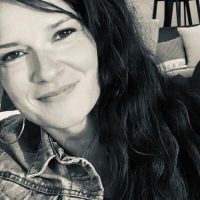 When you’re lonely, remember Maitri. Sometimes the Crisis Is the Healing. {Pema Chödrön} Why We Must Heal Ourselves First—Before We Become Healers, Teachers or Mentors.
See relevant Elephant Video